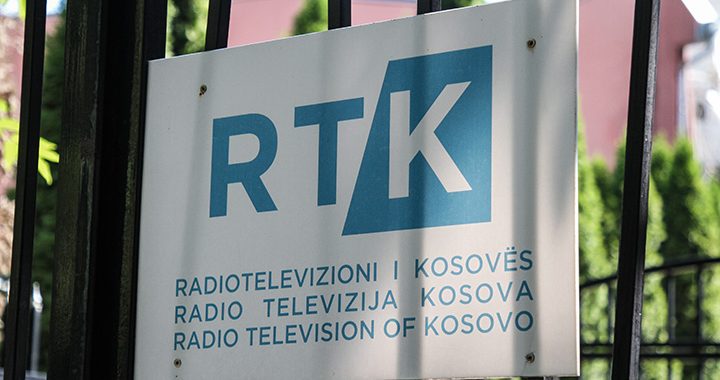 The managing board of RTK said that the public broadcaster’s budget is inadequate, making it impossible to invest in new equipment or even pay its debts.

The board of Radio Television of Kosovo, RTK said in a statement on Friday that its allocated budget of 8.96 million euros for 2023 is inadequate and will not allow the public broadcaster to make any investment in new equipment or technology.

“The budget of 8.96 million euros is the smallest budget ever allocated to RTK in the last ten years,” said the board after the Kosovo parliament approved the budget on its first reading on Thursday.

“This budget is 2.2 million euros less than the 2021 budget,” the RTK board’s statement said.

It complained of alleged past mismanagement at the public broadcaster, which it said was proved by Kosovo National Audit in its 2019-2021 report on RTK, as well as in the 2021 financial audit report for RTK.

“As one consequence, amongst others, 1.6 million euros in debt have been inherited, which involve the constant threat of the RTK bank accounts being frozen,” it said, adding that this debt cannot be paid off under the allocated budget for 2023.

The board also claimed that the allocated budget for 2023, including RTK’s income from marketing and savings, isn’t enough to fulfill the legal criteria for awarding contracts to independent productions.

It also excludes any capital investment in RTK, including in equipment, new technology, signal distribution and content.

Valon Ramadani, an MP from ruling party Vetevendosje, the head of parliamentary commission on public administration, local governance, media, and regional development, told BIRN that “from November 21 to 25, we as the commission will organise the public hearing envisaged by the regulations. In this case, we will take into account requests submitted by anyone who has an interest.”

Mergim Lushtaku from the opposition party Democratic Party of Kosovo, PDK, who sits on the same parliamentary commission, told BIRN that Kosovo’s government “is not giving [RTK] the importance it deserves in a democratic state”.

“The situation at RTK is worrisome because they need a lot of different equipment… they do not even have digitalisation,” Lushtaku said.

He added that he hopes the issue will be rectified because “we need a public broadcaster that is politically independent”.

On November 17, RTK board member Driton Hetemi told the problematic commission on media that the situation with the budget is concerning “because it does not help us to improve the programmes for the next year”.

Hetemi added that RTK generates less than a million euros a year from advertising.

A conference held on Wednesday by international media freedom organisations also highlighted the lack of proper financial support to the public broadcaster RTK.