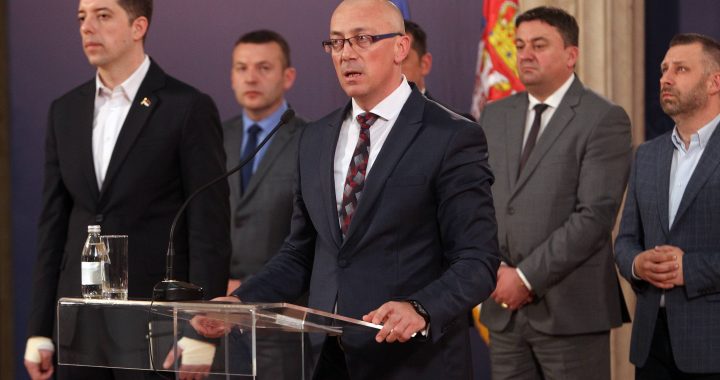 At a joint meeting, Kosovo Serb political leaders accused the EU and Kosovo government of not wanting to establish the Association of Serb-Majority Municipalities.

Political representatives of Kosovo Serbs, mainly members of Srpska Lista, gathered in North Mitrovica to discuss the formation of the Association of Serb-Majority Municipalities in Kosovo following the arrest and deportation of Marko Djuric, head of the Serbian government’s office for Kosovo, which prompted Srpska Lista to leave the Kosovo Government.

The meeting was called for 12:44 am on Wednesday, symbolically corresponding to United Nation Security Council Resolution 1244, and was held a few minutes past schedule at the office where Djuric was arrested by the Kosovo Police on Monday.

Kosovo Minister of Local Government Administration Ivan Todosijevic accused the Kosovo government and the EU of not wanting to form the Association of Serb-Majority Municipalities.

“The EU’s seat here remains empty, they do not want to help us,” said Todosijevic while pointing at a vacant seat in the room.

He said that law and justice is on their side.

“Five years have passed since the agreement was signed in Brussels, and the Association of Serb-Majority Municipalities is not being formed because Prishtina does not want to form it. The west and Prishtina are not ready to establish this Association,” Todosijevic said.

“We have the right to establish this Association ourselves,” he said. “Let them arrest us.”

On Tuesday, Goran Rakic said that the 10 Serb-majority municipalities in Kosovo will unilaterally form the Association in April.

In August 2015, Serbia and Kosovo signed an agreement that stipulates the establishment of a Serb municipality association in Kosovo that would oversee economic development, education, healthcare, urban and rural planning and would have budget contributions from Serbia in exchange for full integration into Kosovo.

In late 2015, Kosovo’s constitutional court approved the agreement, yet ruled that some if its principles did not fully comply with the constitution of Kosovo.