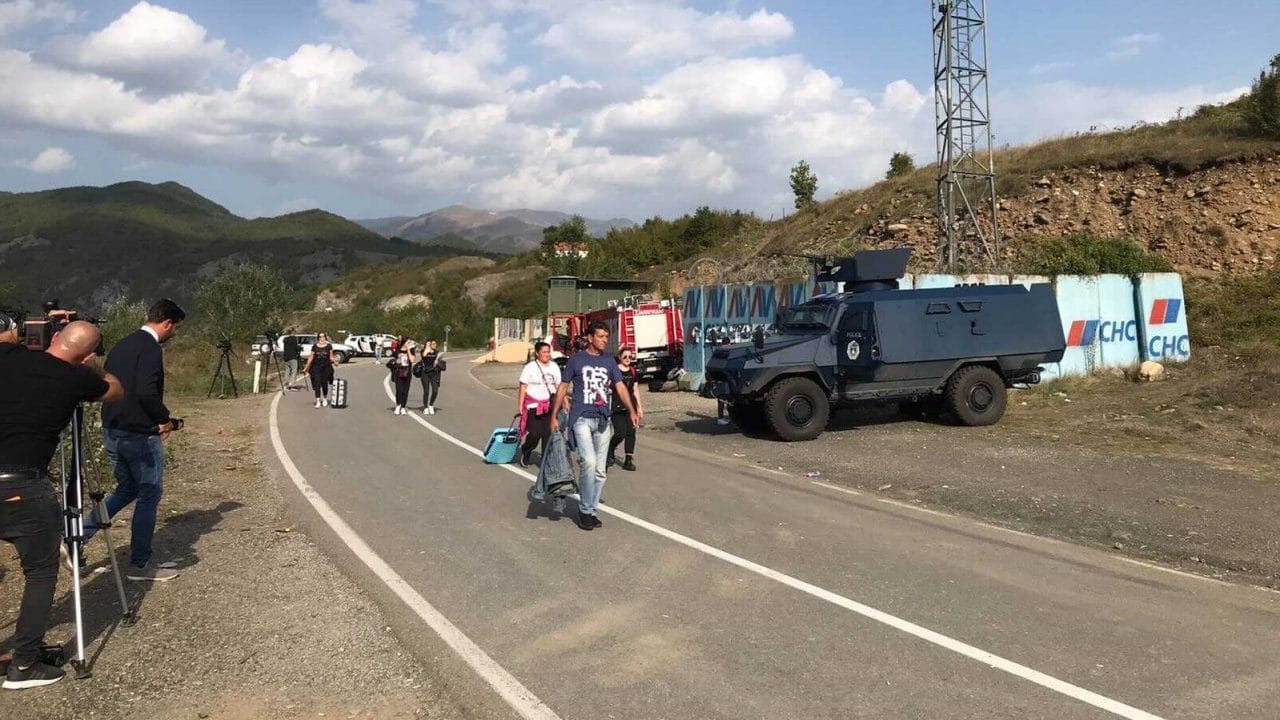 Kosovo will withdraw police special forces and Serbs will end road blockades under an agreement to end nearly two weeks of tense stalemate at the border, but no solution to their dispute over vehicle licence plates has been found yet.

Miroslav Lajcak, the European Union’s envoy for Kosovo-Serbia dialogue, announced on Thursday that an agreement has been reached to end the stand-off which has seen two border crossings blockaded by Serb protesters in northern Kosovo – but without a solution to the dispute about the recognition of vehicle licence plates that sparked the protests.

Serbs started their blockade and Kosovo deployed police special forces to the border area after the dispute erupted on September 20 over Kosovo’s insistence that vehicles with Serbian plates must change to temporary Kosovo ones when they enter the country, as Kosovo vehicles must do when entering Serbia.

The agreement says that “[Kosovo] special police units currently deployed at Jarinje and Brnjak crossing points will be removed simultaneously with the roadblocks starting on October 2 2021 at 08:00 and finishing no later than 16:00.

“[NATO’s Kosovo peacekeeping force] KFOR will deploy at Jarinje and Brnjak crossing points and will remain for approximately two weeks to maintain a safe and secure environment and freedom of movement,” it adds.

From Monday, as a “temporary measure until a permanent solution is found”, stickers will be placed over each country’s insignia on number plates at border crossings in order to cover them up, according to the agreement.

A working group consisting of representatives of the EU, Belgrade and Pristina will be established to find a permanent solution to the licence plate issue.

Speaking from Belgrade minutes after Lajcak’s announcement on Thursday, President Aleksandar Vucic said that Serbia is satisfied with the document.

Vucic said that the most important is the withdrawal of Kosovo police special forces from the two border points between Kosovo and Serbia, Jarinje and Brnjak/Bernjak.

“The withdrawal of ROSU [Kosovo police special forces] is planned and we believe that this is a good indicator that in the future such actions by the [Kosovo] Albanians will either not happen or will encounter even stronger resistance from the Serbian population and that it will be completely and unequivocally clear that such a thing cannot happen,” Vucic told a press conference.

He said that it had been agreed that there will be no more switching of Serbian licence plates for provisional Kosovo plates when entering Kosovo and no removal of Kosovo plates issued by Serbia.

“They can’t remove our plates, they can’t introduce provisional plates for the area of Kosovo and Metohija either, but they will put a sticker on the Serbian coat of arms, the plates will remain and there will be no costs,” Vucic said.

This is the first agreement reached between two sides since Slovak diplomat Lajcak took over the facilitation of the dialogue in April 2020 and also the first since Albin Kurti became prime minister of Kosovo in March this year.

“After two days of intense negotiations, an agreement on de-escalation and the way forward has just been reached. I thank [Kosovo and Serbia’s negotiators] Besnik Bislimi and Petar Petkovic for their readiness to negotiate and agree for the good of the people,” Lajcak wrote on Twitter.

In Pristina, Kosovo’s Prime Minister Albin Kurti said that all state symbols on Serbian licence plates will be covered up with stickers.

“Last week, the president of Serbia gave four conditions for meeting our representatives in Brussels. Of course we did not fulfil them and negotiations were held yesterday in Brussels. The era in which Serbia starts to get used to reciprocity starts now,” Kurti said.