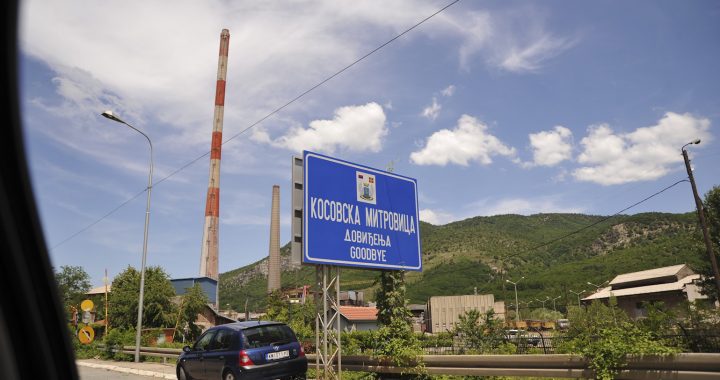 When we ask ourselves, 10 years after Kosovo’s declaration of independence, where Kosovo Serbs stand, there is no good answer. We are somewhere between two countries, without freedom of movement or adequate living standards.

Many wonder if anything has changed since February 17, 2008, when Kosovo unilaterally–as Serbian media and politicians always emphasize–declared independence. In short, everything changed. Serbs took the long journey from completely rejecting the influence of Kosovo, to protesting and setting border posts on fire, all the way to near-full integration into the Kosovo system. The entire process, from this perspective, appears to be an imposed one; Kosovo Serbs never requested it. Today, a decade after Kosovo’s declaration of independence, Serbs are in a situation that could be summarized by the following statement: we’ve never had it worse.

Let’s start from the beginning. Northern Kosovo, under the influence of both Serbia and Kosovo, but also international institutions, has been turned into something that no one had expected ten years ago.

The in-between space, belonging neither here nor there, in no-man’s-land, caught between two fires, being neither Serbia nor Kosovo. This place is a strange mix of both, where local authorities try to play multiple roles at the same time. This charade of too many authorities, instead of resulting in more control, only ends up with more lawlessness, as the entire territory turns into a hive of crime. Should you ask Serbs of the north where they live, they will reply, “In Serbia.” If you ask the follow-up question to designate their exact location, their next response would be “northern Kosovo, ” a territorial designation that is becoming increasingly common and which, I would hazard a guess, will be used even more in the future.

When you ask Kosovo Serbs what kind of documents they have, another set of problems ensues. We are aware that nearly everyone either has both Kosovo and Serbia documents, or are trying to obtain them. Although this is how things stand, it is not a result of the will of local Serbs, or even their pragmatism. Both Kosovo and Serbia exerted influence. In 2009 Serbia limited the freedom of movement of its citizens who hold permanent residency in Kosovo by having them obtain passports issued by the so-called Coordination Directorate for Kosovo and Metohija. Meanwhile, Kosovo institutions at a certain point began accepting only Kosovo documents for bureaucratic processes.

After Kosovo declared independence, it appeared that there was sense in obtaining only Serbian documents and maybe avoid interacting with a state which Kosovo Serbs do not recognize. However, this process seems to have worn the Serbs out far too much. The said process is a complicated and costly one; today, possessing the Coordination Directorate-issued passport yields very few benefits. In order to obtain a visa, one must obtain from Kosovo all other documents required for the application. Once the Serbs had enough of this Gordian knot regarding documents, they simply began using Kosovo documents. But yet, no one would talk about it because it was not a good idea for those around you to hear that you had ‘betrayed’ Serbia.

But we had no choice. When our lives began to depend upon those documents following the Brussels negotiations–for bank services, transferring municipal services into the Kosovo administration system, obtaining visas, et cetera–this so-called ‘betrayal’ became the norm. Today, therefore, if you ask us, the Kosovo Serbs, where we come from, we can reply that we are from both countries, judging by our documents. It’s just that the Serbian documents are slowly becoming obsolete.

Meanwhile, the middle class amongst Kosovo Serbs is all but extinct, and the majority of people struggle to make ends meet one month after another with their meager salaries. Several companies shut down after the war and many Serbs have, for years now, been surviving on social welfare given to Kosovo Serbs by Belgrade. This social welfare amounts to 11,080 Serbian dinars, which comes up to be less than 100 euros a month (93.70 euros, to be precise). Surviving and supporting a family on this income alone is an impossible mission. People have, however, learned to get by. “It’s a good thing that we get even this money,” they say. If any government should wonder why northern Kosovo became a hotbed of crime and illegal deals, it might want to look at poverty.

If you are financially dependent, you become easy prey for those in politics. Political campaigning can be seen as daily life for Kosovo Serbs. It is constant and does not cease–even if elections do stop and winners are declared.

We take part both in Kosovo’s and Serbia’s elections. Participating in these elections is somehow presented to us as ‘our victory,’ while in reality, we are losing. There were Serbia’s presidential and parliamentary elections, along with Kosovo’s parliamentary and local elections. Do the math and you will see we had three election cycles last year alone. This was no ordinary campaign. The right to choose is not a right that Kosovo Serbs have. Financially dependent on others, Kosovo Serbs are forced to vote for those who provide them with employment in the short term, or to those who promised them employment.

Political ideals have long since lost any sense. For quite some time now, there has been no purpose in discussing political beliefs. We tend to remain quiet, to not talk about these matters. We remain quiet and attend political rallies as part of our work orders when a politician from Serbia pays us a visit. We do it because work is work, and to somehow manage to survive the month. Should the campaign ever truly stop, politicians are able to use other means in order to divert us from reality by talking of war, sending trains, and other propaganda adventures.

On the other hand, as long as the campaigns go on, a strange kind of fear envelops people. We fear for our families since we are not strangers to violence in this area. We fear losing our jobs because we depend on politicians. We are afraid of all sorts of things, of the unknown, of tomorrow and all of the instability it might bring, influenced by the decade-long question of ‘to whom do we belong?’ Nothing is even allowed to be said on the matter; should one dare to speak and ask questions, their very survival could easily be put at stake. The murder of Oliver Ivanovic proves exactly that point. He spoke out on all the issues that other Serbs did not have the guts to, and following his murder, fear has only intensified. This fear has created a deadly silence that people simply have to accept; again, they have no choice.

Much has been said in Serbian media about a recent meeting of the UN Security Council. At the meeting, Serbian Deputy Prime Minister and Minister for Foreign Affairs Ivica Dacic brought up the issues of return of displaced persons and refugees, saying that the number of returnees in 2017 was the smallest since the year 2000. But maybe the question should instead be: how many people have moved away from Kosovo? Although the number of those who left as the Kosovo war was ending is difficult to ascertain due to lack of statistical data, what can be seen is that people are still moving away each day. It is better to be anywhere but here. The number of young people leaving is also on the rise. Why would anyone stay in an atmosphere that lacks any perspective, is in constant chaos, lacks freedom, and is burdened with crime? Even the elderly, who grew up and spent their lives in Kosovo, became those who try to persuade their children to leave Kosovo. As they say themselves, “it’s never been worse.”

When we ask ourselves, 10 years after Kosovo’s declaration of independence, where we–Kosovo Serbs–stand, there is no good answer. On Europe’s borders, in the 21st century, we are somewhere between these two countries, without freedom of movement or adequate living standards. We remain financially dependent, constantly afraid, while at the same time we try to run away somewhere, anywhere really, powerless to change anything. We remain used in petty political struggles. This is not only because of Kosovo, Serbia, or the international institutions. They all share the blame, because all of their interests clash in northern Kosovo. The blame, however,  also falls upon us, Kosovo Serbs, who remain silent and accept, without questioning, all that is presented to us. This is why today we stand where we stand and this is why ‘we’ve never had it worse.’