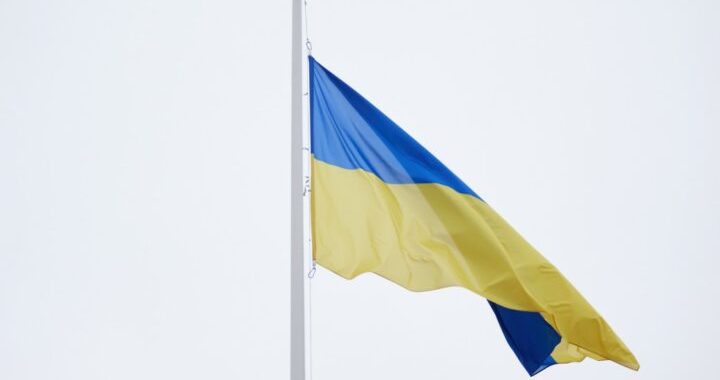 Kosovo Shows Solidarity With Ukraine at Rally in Pristina

Monday’s rally aims to unite the people of Kosovo with all the other democratic countries protesting against the war on Ukraine.

A solidarity rally with Ukraine in the centre of Pristina on Monday will link Kosovo to countries all over the world that are staging similar activities against Russia’s war in Ukraine.

The rally is due to take place at the Skënderbeu Square in the centre of Prishtina on Monday at 12am.

The Forum for Civic Initiatives has called for participants to wear blue and yellow coloured ribbons of the Ukrainian flag, or flags of democratic states.

The Forum said the gathering was organized by civil society organizations and Kosovo institutions.

“The gathering in front of the National Theatre is a way of defining and uniting the people of Kosovo with all the people who are protesting in squares in cities all over the democratic world to oppose the war and the aggression of Russia. We are openly and without hesitation demanding a stop to the war and the conquest of Ukraine,” its Facebook announcement said.

This is the third gathering staged in Kosovo for Ukraine since the beginning of the war on February 24.

Protests and marches against the war and in solidarity with the Ukrainian people have taken place in many parts of the world, among them London, Berlin, Skopje, Rome, Prague, Madrid and Tokyo.

Monday is the 12th day of the war and Russian attacks are continuing in many of the main cities of the country. About 2 million people have fled to neighbouring countries.

Eight civilians were killed overnight amid an evacuation in Irpin, a neighbourhood west of Kiev that came under heavy bombardment on Sunday,  Irpin’s Mayor, Oleksandr Markushyn, told Telegram on Sunday, CNN reported.

Hundreds of civilians have been killed in Ukraine since the start of the Russian attacks, the Office of the UN High Commissioner for Human Rights said on Sunday. Some 364 had been killed and 759 injured, it said.