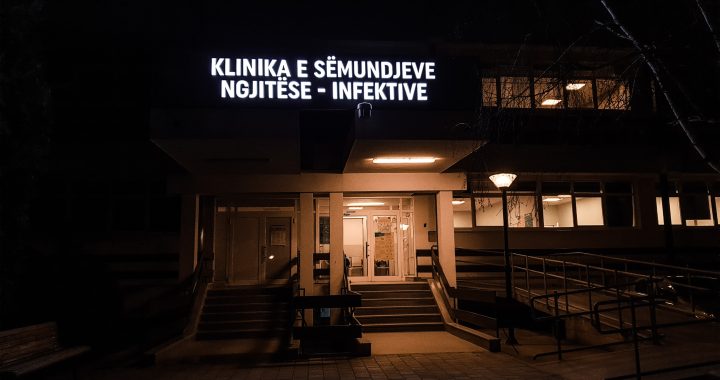 Kosovo institutions have proposed measures to prevent the spread of coronavirus, including preparing hospitals and banning travel to and from high risk areas following a rise in cases in neighbouring countries, while the number of cases in Kosovo remains 0.

On Monday night, Kosovo’s National Institute for Public Health announced that five patients have tested negative for the SARS-CoV-2 virus. Kosovo still has no confirmed cases of the virus, nor COVID-19, the disease caused by the virus.

However, public officials have taken steps to prevent the potential spread of the coronavirus, which has killed over 4,000 people worldwide.

The Kosovo Government set up a Coronavirus Situation Management Committee on February 27, which was established to review the country’s preparedness to face cases of the disease and propose different measures for the government to take in response. Following a meeting on Monday, the committee requested 10 million euros from the government.

Kosovo Minister of Health Arben Vitia told a press conference on Monday night that he has proposed to the prime minister “to increase the scale of preparedness to a national security level.”

Member of the management committee and director of the Hospital and University Clinical Service of Kosovo Basri Sejdiu told KTV on Monday that hospital staff first need to be secured. Sejdiu added that isolated spaces are being prepared in regional hospitals across the country to contain any people exposed to the virus.

According to documents obtained by BIRN on Monday, the Ministry of Health has already spent 94,000 euros on equipment for medical personnel that are intended to prevent the spread of COVID-19, including masks, protective coveralls and 2,000 litres of disinfectant. The materials were bought by the ministry from a company registered in China.

Prishtina Mayor Shpend Ahmeti stated on Monday that Kosovo should consider closing its public schools and “halting public gatherings” in Kosovo to curb the spread of the virus. “Banning public gatherings and closing down schools should be considered quickly,” Ahmeti wrote on Facebook on Monday morning. “No panic, just a higher possibility of prevention.”

The Ministry of Education stated on Monday that the closing of schools will be discussed at the next meeting of the government, which is scheduled for 13:00 on Tuesday.

Kosovo’s Minister of Infrastructure and Environment, Lumir Abdixhiku, announced on Sunday that travel between Italy and Kosovo has been banned following a spike in registered cases of the virus in the north of Italy.

“I have requested the temporary cancellation of all flights coming from this epidemic zone with a high risk. Flights from the north of Italy will be cancelled,” Abdixhiku said. Travel restrictions are now also in place across Italy, where more than 450 people have died.

Vitia stated on Sunday that the Kosovo Government has sent monitoring staff to Kosovo’s International Airport and its borders to assist in the identification of potential cases and distribute information to the public concerning how to prevent the spread of the disease.

On Sunday, two Albanian citizens who travelled from the Italian city of Florence tested positive for SARS-CoV-2, the first cases registered in the country. On Monday, the Albanian Government announced that it has decided to close down all schools over the next two weeks and suspend all flights to and from northern Italy.

Across the Western Balkans, Kosovo and Montenegro are now the only countries that have not registered a single person testing positive for the virus.

The first confirmed case in the Western Balkans was announced on February 25 in Croatia, although two Serbian nationals have been held in quarantine in Japan since the beginning of February after being infected on a cruise ship. Serbia, Bosnia and Herzegovina and North Macedonia have all since confirmed at least one resident in the country as infected.

According to Kosovo’s health minister, both citizens and the government need to work together to ensure prevention of the spread of the virus in Kosovo. “In this joint effort there is no place for panic, but definitely for more care.”