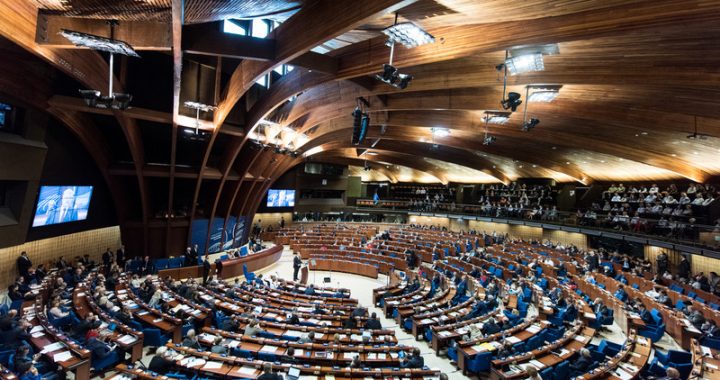 Foreign Minister Donika Gërvalla on Thursday said she had officially submitted Kosovo's application for membership in the Council of Europe.

Foreign Minister Donika Gërvalla made known that Kosovo has applied to join the Council of Europe through a post on  Facebook.

She expressed confidence that Kosovo’s application will be accepted.

“Kosovo is the most democratic country in the region, the most pro-European, the most optimistic in the region, therefore Kosovo deserves to be part of the Council of Europe. And this procedure will end with the full membership of Kosovo in the Council of Europe and with this the strengthening of the rights of the citizens of Kosovo and their access to European instances,” Gërvalla said.

The government on Thursday approved in principle the initiative for Kosovo’s membership of the international organization..

The President of Serbia, Aleksandar Vucic, however, convened a meeting of the National Security Council on May 13, following Kosovo’s decision to apply for membership in the Council of Europe, condemning the move.

“With this action, Pristina has violated an agreement it has signed, which is the Washington Agreement. They brutally violated it,” Vucic said.

Kosovo and Serbia in September 2020 signed separate agreements on the normalization of economic relations, known as the Washington Agreement.

The moratoriums have expired, but the US State Department previously encouraged Kosovo and Serbia to continue them to enable progress to be made in relations between the two countries.

On March 16 this year, however, Russia quit the Council, before being expelled over its unprovoked war in Ukraine.

In the absence of Russia, some two-thirds of the member states of the organization recognize the independence of Kosovo, furthering its membership hopes.

The Council of Europe is the oldest intergovernmental organization in Europe whose main purpose is to ensure cooperation and unity among its members in the field of human rights, democracy and the rule of law.

Human rights and fundamental freedoms are guaranteed by the Constitution of Kosovo, which incorporates Council of Europe conventions, including the Universal Declaration of Human Rights and the European Convention for the Protection of Human Rights. and Elementary Freedoms and its Protocols.