There have been quite a few “firsts” for Kosovar football over the past couple of years, but November 20 of this year was genuinely a red letter day.

At a packed Fadil Vokrri Stadium in Prishtina, the Kosovo men’s national team demolished Azerbaijan 4-0 thanks in large part to a hat trick by Alber Zeneli. The victory was the culmination of what is unarguably the best year that the Kosovo national team has ever had. It meant that Kosovo had not only won its group in the inaugural season of UEFA’s Nations League, but had also qualified for a play off for the 2020 European Championships. Kosovo is just two games away from qualifying for the finals (the draw will be made next year). 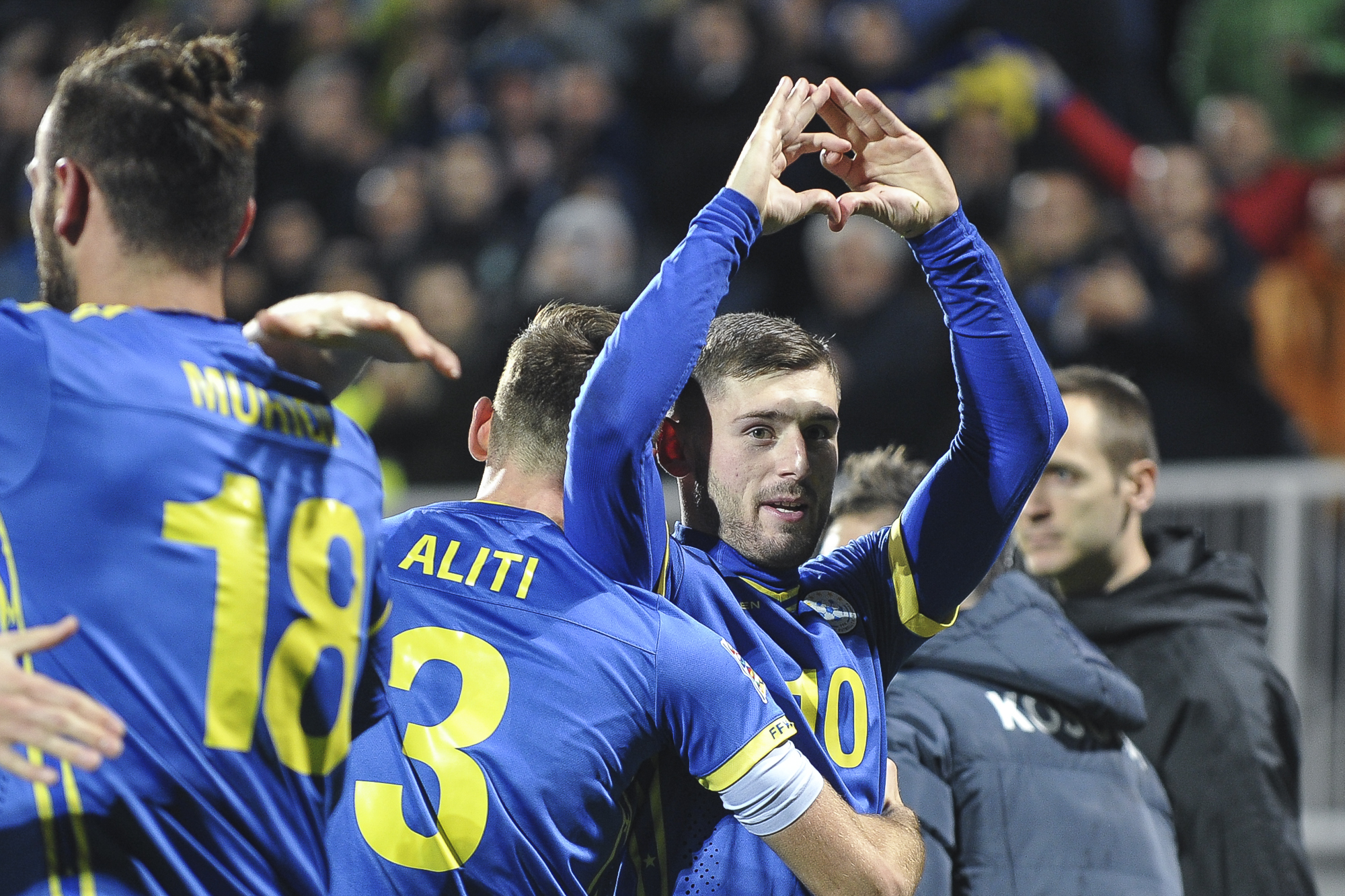 Kosovo ended the year unbeaten but, most importantly, had been playing the kind of expansive football that its attacking talent had long since threatened.

So, where did it all go right?

After the disappointment of Kosovo’s 2018 World Cup qualification campaign, it would be logical to point to the appointment of Swiss coach  Bernard Challandes. And there is no doubt that Challandes has managed to solve the puzzle; getting the most out of Kosovo’s attacking talents whilst also trying to build a cohesive defensive unit. But it is worth remembering how quickly things have changed when it comes to Kosovo’s National Team, and how much was done before he arrived.

It was only in 2014, after years in the wilderness unable to really play anyone, that Kosovo finally played its first ever official friendly match against a FIFA opponent. Kosovo played Haiti in a soaking wet and freezing cold Adem Jashari Stadium in Mitrovica. That 0-0 draw was an historic event. Despite the weather the stadium was full hours before kick off and could have been sold out twice over. 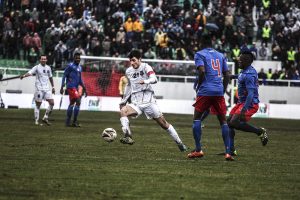 Whilst a goalless draw against a decent team wasn’t terrible, the build up also showed the limitations of building a squad in such a short space of time. The players had been brought together by long time coach Albert Bunjaki, a former player for FC Prishtina who found himself coaching in Sweden as a protege of the veteran Tord Grip. The team was drawn from the diaspora all over Europe: Switzerland, the Netherlands, Germany and beyond. Most of them met for the first time at training in the town of Obilic, next to a power station belching acrid yellow smoke into the air.

Kosovo’s football infrastructure was virtually non-existent. It was a team in name only.

It took another two years for Kosovo to be recognized as an official member of both UEFA and FIFA, something that had been opposed by Serbia, Russia and, indeed, then UEFA president Michel Platini.

This too was an historic and unexpected event. The Kosovo federation’s president Fadil Vokrri had been doggedly pursuing recognition even when it looked almost impossible. FIFA membership was so far away that in 2012 he was collecting signatures from Switzerland’s international players with Kosovar roots in the hope of building public support for the move. But, in September 2016, Kosovo played its first ever competitive game, in a 2018 World Cup qualification match against Finland in Turku.

The lead up to that game was dominated by questions of who would actually play for Kosovo. Its unique political position – of being a self declared independent state but still officially non-recognized by the UN – meant that FIFA was struggling with the complexity of nationhood and identity.

Should, for example, players who had once represented Albania or Switzerland be allowed to switch nationality? It was no secret that players with Kosovar roots who at least in part identified as Kosovar have thrived in the nations that had given their families’ refugee from the troubles of the late 80s and ‘90s.

Xherdan Shaqiri, Valon Behrami and Granit Xhaka had all signed Vokrri’s petition in 2012 backing the recognition of the Kosovo national team. Whilst some like Shaqiri and Behrami wouldn’t probably never have switched, Xhaka had expressed a desire to play. But a few bureaucratic manoeuvres by FIFA – under pressure from countries who feared they would lose some of their best players –  made that impossible, something which Xhaka later alluded to in an angry Instagram post.

Instead, Kosovo’s first ever squad was full of players with an asterisk next to their name as Bunjaki waited on whether FIFA would give some of his players permission to switch nationalities. He didn’t know until the very last minute who he could play. In the end, a team that included talented youngsters like Milot Rashica and Bersant Celina alongside more experienced players like Valon Berisha (who was made to wait until the day before the game to see if he could switch nationalities by FIFA having already played for Norway) and captain Samir Ujkani earned an historic first point in a 1-1 draw. After being made to sweat on whether he would be allowed to play, Berisha scored Kosovo’s first ever competitive goal.

But as Bunjaki would later say: “I’ve had enough of history.” And he was right. That was it for history for the rest of the campaign. Nine defeats followed. There was some criticism of his coaching in the press and some words from a few players  In the end, Bunjaki stepped down from what was always an impossible job, done in almost impossible conditions. To make matters worse, Vokrri passed away suddenly of a heart attack shortly before the 2018 World Cup. Kosovo’s refurbished football stadium – beset by delays – was named after him. 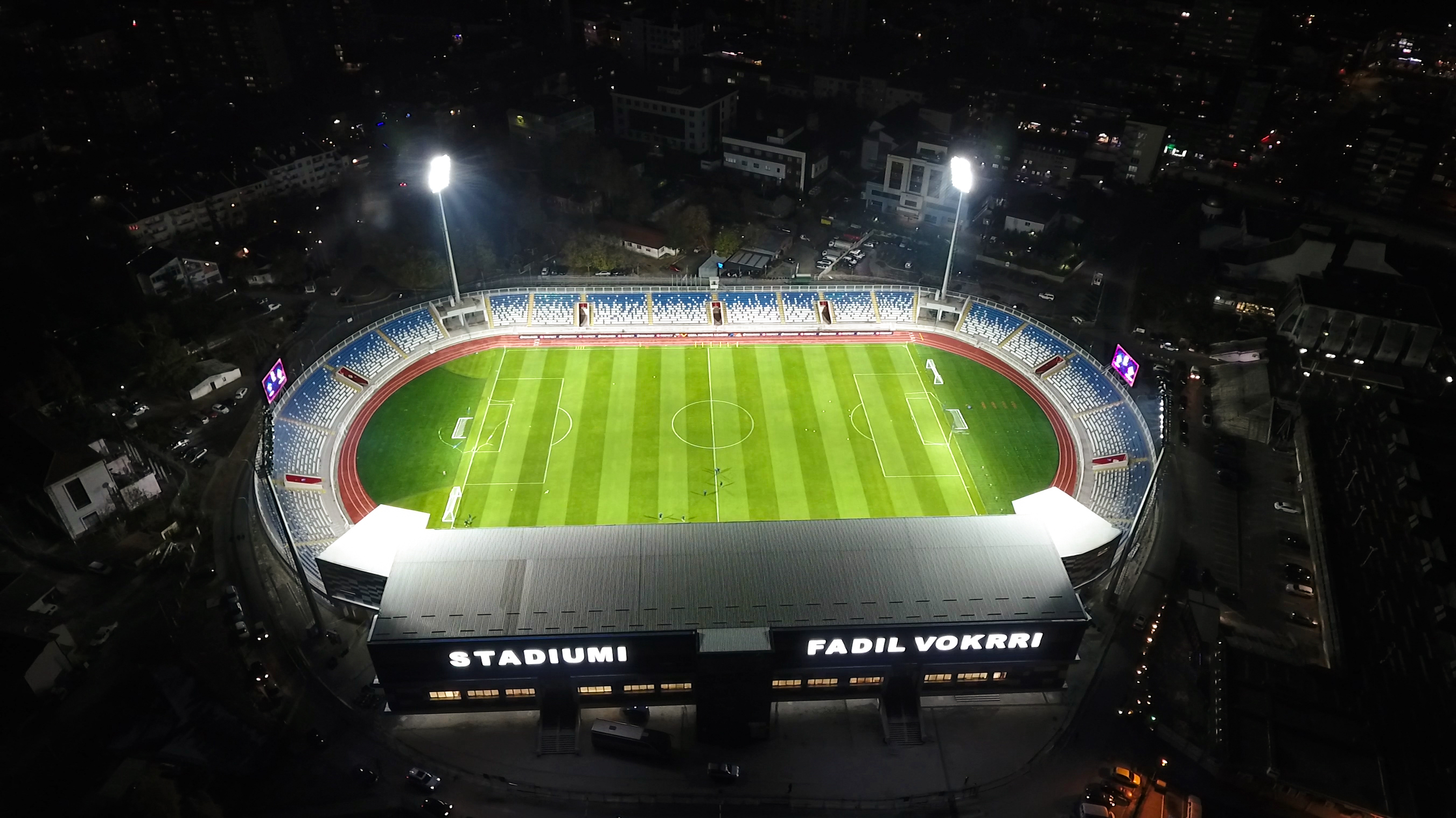 Yet under Bernard Challandes Kosovo has thrived, perhaps benefiting most from the Nations League’s new format than anyone else. An actual team, which can legitimately be called one of the most exciting in European football right now, has emerged from the chaos.

It was a dramatic improvement, with the team scoring 15 goals in the six games. Suddenly qualification for Euro 2020 seems possible. In that respect, 2018 was a bright spot for Kosovo during a dark year. Tensions with Serbia have flared once again, amidst suggestions of a land swap to move the peace process between Prishtina and Belgrade forward.

Pollution, corruption, poverty and the continued absence of meaningful visa liberalization have all contributed to the feeling that things are moving backwards. But in one institution at least, Kosovo is succeeding. 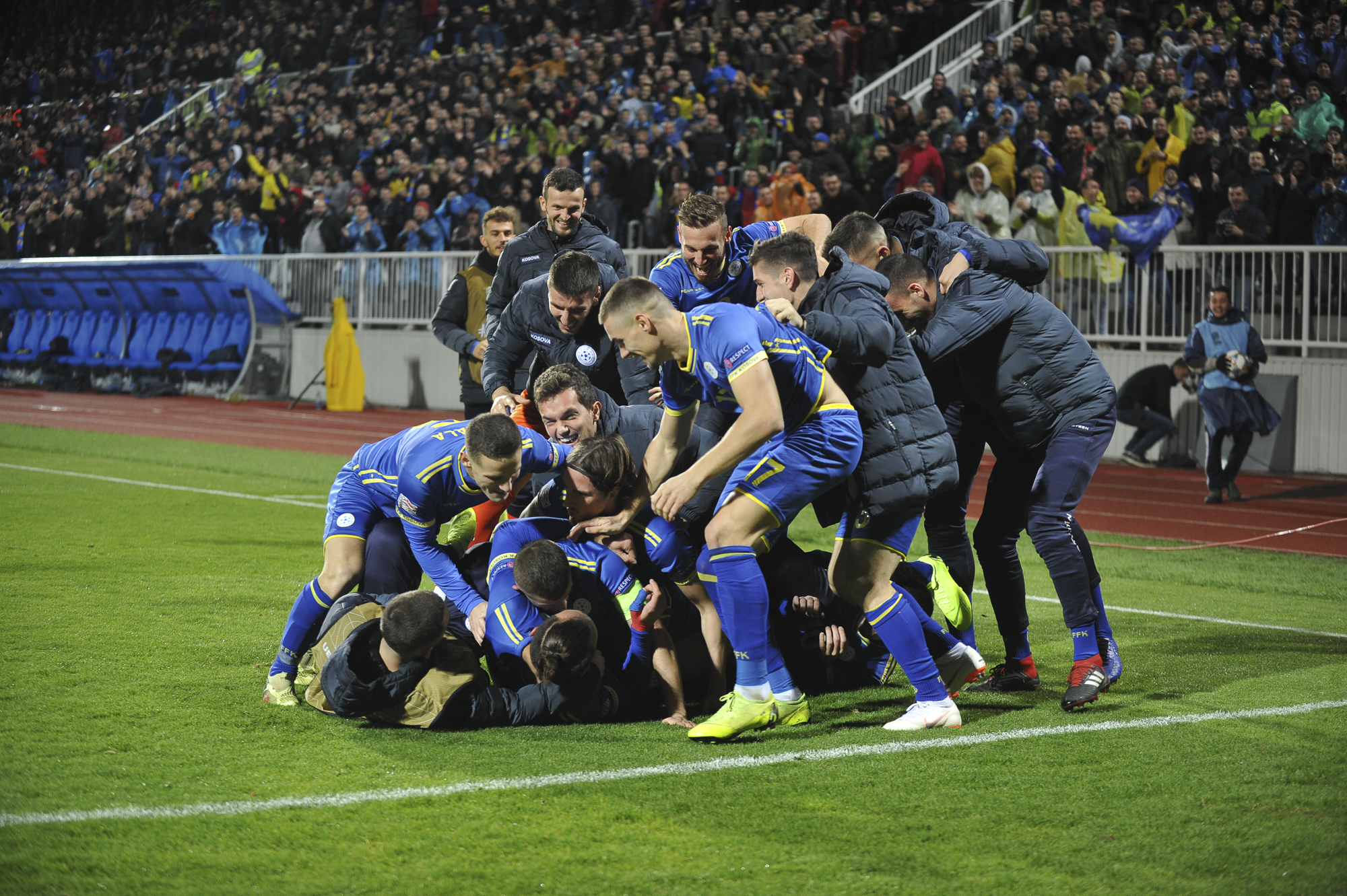 The year ended with the draw for the qualification group stage of Euro 2020.  Kosovo will compete in Group A with Czech Republic, Montenegro, Bullgaria, Montenegro and England.

James Montague is the author of three books on football and politics: When Friday Comes, Thirty One Nil and The Billionaires Club. He writes for the New York Times, World Soccer and the Bleacher Report.

by Valerie Plesch
Next: News