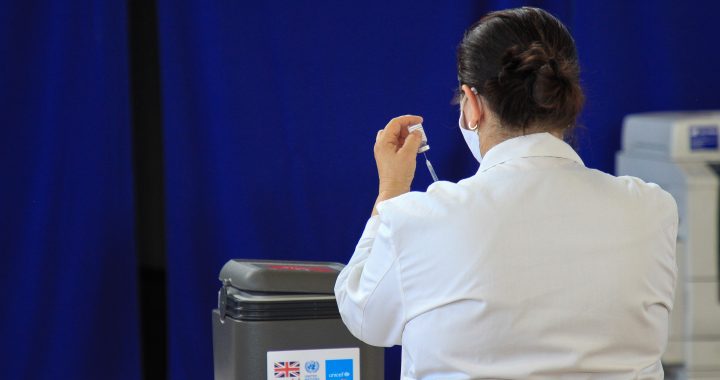 Kosovars are now paying a price for their casual attitude to government measures aimed at curbing the virus.

On August 29, Kosovo’s Ministry of Health reported that 36 people had died of COVID-19, double the previous day’s 18 deaths – bringing the cumulative death toll to 2,477 and the number of infections to 143,603 since the pandemic’s outbreak in early 2020.

As a result, Prime Minister Albin Kurti, together with Health Minister Arben Vitia, has imposed a series of new measures, including mandatory masks, a 10pm-5am curfew and a ban on large gatherings and wedding celebrations. But will these new restrictions be enough to stop the spread?

Evidently not. For one thing, while many countries began vaccinating their people in early January 2021, Kosovo received its first few doses only in late March. A global vaccine shortage made it difficult for the Western Balkans to secure jabs any earlier, leading Serbia to buy Chinese and Russian vaccines and briefly sharing them with some of its neighbours. Kurti, however, was adamant about waiting for help from Washington and Brussels.

Finally, in late March, Kosovo received its first batch of 24,000 doses of AstraZeneca vaccine through the COVAX facility. Then, in late May, the government announced a deal for 1.2 million Pfizer doses, enough to vaccinate 60 per cent of the population by year’s end. The US gave Kosovo 500,000 doses, with the first batch arriving August 19.

Yet, having a sufficient supply of vaccines doesn’t mean enough people have actually been inoculated. As the highly contagious Delta variant fueled an explosion in new cases, the Kosovo government issued a series of measures every month, progressively relaxing them as more people were vaccinated.

April 6: The Ministry of Health announced measures through April 18 that banned indoor restaurant dining and closed all retail shops except supermarkets and pharmacies. It imposed a curfew from 10pm to 5am, forbidding outdoor movement except in emergencies, while schools would continue online learning. Some Kosovars welcomed these restrictions, though others – especially those in the foodservice industry – opposed them.

May 28: Masks were no longer mandatory for people walking alone outside. Shop owners had to ensure at least a one-meter distance between customers.

June 23: Outdoor gatherings were now limited to 30 per cent capacity with up to 250 people, and indoor gatherings, including weddings, were capped at 200 people. In addition, 5 per cent of the indoor space could be used for competitive activities and sports.

Despite all these changing regulations, the reality in Kosovo’s streets was very different. Most people had stopped wearing masks altogether. Wedding parties flagrantly violated restrictions on capacity, and in an unintentional consequence, the start of the 10pm curfew forced people to crowd as they rushed to get home. Summer in Kosovo is always vibrant and lively, with many people walking on the streets. In addition, Kosovars from the diaspora fly home, boosting the chances of spreading the virus.

“Kosovo behaves like a country free from COVID-19,” read a cable signed by US Ambassador Philip Kosnett and obtained by Politico foreign affairs correspondent Nahal Toosi. “But Kosovo is a country ravaged by the pandemic. In the US, if you don’t wear a mask in public, you might end up in a viral video; in Kosovo, you’re more likely to trend on social media because you’re wearing a mask.”

The report also said the embassy in Prishtinë was nearing breaking point, with roughly 20 per cent of its employees, mostly local staff, contracting COVID-19.

While global media warn of a new surge in coronavirus cases, few Kosovars seem worried. Many believe that once they’re infected, the chances of contracting COVID again are slim. Some misinformed people still think vaccines are unsafe. Even though people are getting vaccinated every day, Kosovo is racing against time to beat the Delta variant – and losing.

Last Sunday, a disappointed Kurti said his government would impose fines to ensure adherence to the rules, declaring “no compromise” and urging his fellow citizens to keep wearing masks and practising social distancing.

Among other things, the Food and Veterinary Agency will boost the number of police officers and inspectors to enforce the rules in restaurants, bars, and shopping malls. Police will work 12-hour shifts instead of eight hours, and a committee will evaluate Kosovo’s pandemic response. Kurti also said that capacity in Kosovo’s hospitals has been increased to 1,600 beds, and that oxygen is available in almost all hospitals. As of today, 540,000 citizens had taken at least one dose of vaccine.

But the government faces criticism over how it has managed the pandemic response. While government regulations are necessary, something is to be debated about how much Kosovars want the state involved in their daily lives. Do we really want to be policed everywhere we go? That is why we must also take some as much as I hate to say it – “personal responsibility.”

Clearly, Kosovo wouldn’t be at this point if we had followed the guidelines more carefully. We shouldn’t wait for regulations to protect ourselves and others. The vaccines are safe, and masks do work. They are not always comfortable, but they are worth it – and they save lives.

Rinora Jelliqi holds a B.A. in Political Science from Central College in Iowa. For the last 4 years Rinora worked at the Consulate of the Republic of Kosovo in Iowa. She is now an MPA candidate at Drake University. She has published articles in Washington Diplomat and Kosovo 2.0.
The opinions expressed are those of the author and do not necessarily reflect the views of BIRN.