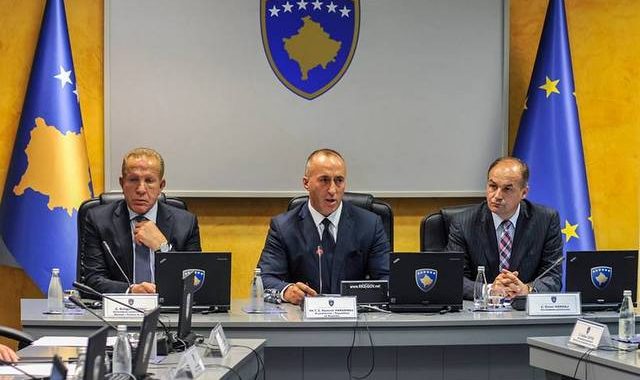 Kosovo should adopt an offensive rather than defensive diplomatic strategy and apply to as many international organizations as it can. Even if these endeavors fail, Kosovo has nothing to lose.

Kosovo recently pulled out from two attempts to gain further international legitimation. One is its planned application to INTERPOL, which Kosovo withdrew with the advice of the United States.

Second is the re-application to UNESCO, which Kosovo planned to do but preemptively aborted on the grounds that the “pragmatic postponement” is based on “full and close coordination with the US and other Quint countries.”

Kosovo should adopt a more offensive diplomatic policy regarding its international legitimation. Kosovo should apply to as many international organizations as it can, regardless of the propensity to gain membership. The main principle of this approach should be that being refused membership by other sovereign nations is much better than refusing yourself the sovereign right to apply for membership. In any application that is submitted, there always remains some (even if a slight) chance of success. With any application that is withdrawn, there remains nothing but sure failure to gain membership. Understanding that this is not as simple as it sounds here, especially when taking into account that Kosovo may be advised by its key western partners not to apply, I will consider some possible scenarios, and the possible remedies.

Let us discuss a recent examples by asking, what if Kosovo actually pursued its applications to INTERPOL, UNESCO, or even the UN for a non-member observer status this fall? Given the advice by one or more of the Quint states, and the lack of votes that would most probably have followed, the most predictable answer is that Kosovo would not have gained membership in any of these organizations. Now the question is: so, what?

Kosovo’s foreign policy circles and the general public should not be dramatic about lack of votes from sponsors (i.e. the Quint). Kosovo should learn to accept and respect every nation’s sovereign right to decide on Kosovo’s admission or non-admission inside the family of states, be that in the UN or other international organizations and agencies. Every nation, including Kosovo’s sponsors, have their own (public or private) interests to serve, and these interests do not, and will not, always coincide with Kosovo’s interests. For instance, in an attempt to halt Palestine’s membership in INTERPOL, the US asked Kosovo not to apply in the same agency, so that the US can be successful in preventing Palestine’s membership. Other Quint states may have similar or other reasons to advocate against Kosovo now or in the future.

By suggesting Kosovo to withdraw its applications, the US or other Quint states may have tried to be nice to Kosovo, by preventing any appearance that even Kosovo’s own sponsors are not supporting the new state’s membership in international organizations. I suggest that this does not necessarily have to be viewed as such either by Quint states or Kosovo. The Quint’s explicit no-vote can in fact be tactically utilized in covering some of Kosovo’s diplomatic gaps.

It is no secret that Serbia has been fighting hard to utilize the “colonial-puppet” argument, in which Serbia positions the US as a colonial power in the Balkans and Kosovo as its puppet, when lobbying against Kosovo’s independence. Serbia has done so quite successfully in its relations with many members of the Yugoslav-era nonaligned movement, including anti-colonial regimes throughout much of Latin America and Africa that are wary of United States’ hegemony.

It is not a surprise, therefore, that Kosovo’s international legitimation lags behind especially among these nations. Labelling an entity as a puppet is not only an offensive word in international relations. In fact, it is also a descriptive purposeful label that has worked throughout history to prevent entities from being recognized as legitimate and sovereign. From France’s northern Italian republics (during Napoleon), Germany’s regimes in Slovakia, Croatia, and parts of Albania (during Hitler), to Japan’s Manchuria (during Hirohito), all were widely recognized as puppet regimes of empirical powers and none were able to gain substantive recognitions and international legitimation.

The no-vote threat by the US or other Quint states against Kosovo’s membership to INTERPOL or any other organization in the future should not be used as a signal to shift policy, and certainly should not be taken hysterically by opposition parties, journalists, and civil society.

While respecting its sponsors’ sovereign right to vote sometimes for and sometimes against, Kosovo should nonetheless move on with its applications. Any future possible no vote by the US or other Quint states should be strategically used as a prime example against Serbia’s argument that Kosovo is a puppet of the US or other western powers in the Balkans. By always following the Quint’s advice, the perception of colonial-puppet argument will only continue to strengthen among Kosovo’s non-recognizing states in Latin America and Africa. It goes without saying that Kosovo’s applications to international organizations should not be perceived as hostile acts against its sponsors; rather it should be perceived as Kosovo’s maturity to understand and respect its sponsors’ sovereign right to (sometimes) not support Kosovo for whatever reason or interests they may have.

Kosovo, therefore, should waste no time and  apply for memberships whenever it can. If and when refused, Kosovo can learn which states will vote against its admission and perhaps even why. This way it can channel more efficiently its future diplomatic lobbying efforts. Without applying, Kosovo can only assume, but never know, where to channel its efforts, and thus remain in abyss.

Despite having no chance whatsoever to be admitted to the UN, Taiwan nonetheless has been submitting applications to the UN every year since 1993. Taiwan has lost nothing from being refused for more than twenty times now; it may have only learned something. Furthermore, taking a defensive and hesitant diplomatic approach, as Kosovo has done until now, can only serve Serbia’s diplomatic efforts against Kosovo’s legitimation. More offensive efforts with its applications whenever and wherever it can, within the realm of its resources, which should certainly expand, will only make Serbia’s counter-lobbying efforts more difficult, while maintaining some chance of success for itself. As such, a shift from a defensive to an offensive diplomatic policy can only improve Kosovo’s diplomatic balance sheet, and build more honest relations with its current sponsors.