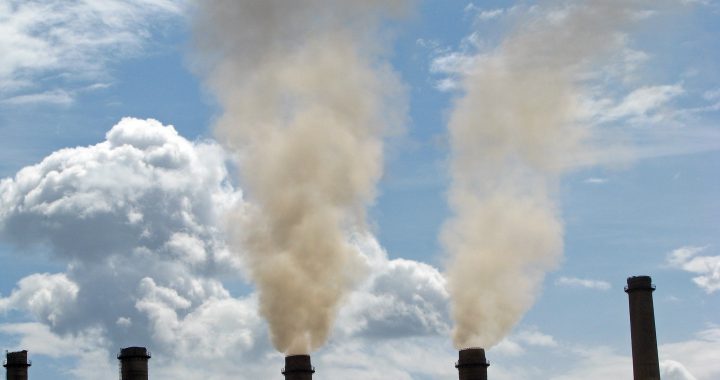 Although the Ministry’s gesture of publishing the contract for the new power plant with ContourGlobal should be applauded, the same thing cannot be said when it comes to the contract’s terms and content.

Before I dive into an analysis, I  need to emphasize that the commercial contracts that are part of the agreement have not been published in their entirety. It suffices to search for the term “reserved” on the documents published on Kosovo Ministry of Economic Development’s website, and one can see that there are many places where that information has been redacted.

Nevertheless, from what has been published in these contracts and what has been said by government representatives, it is sufficient to conclude whether or not this agreement is favorable for Kosovo. I will focus my analysis on “the Power Purchase Agreement” since I believe this is where the crucial part of the content is.

To see how unfavorable this agreement is, one may just compare the penalties that may be enforced if this contract is terminated before its implementation. Kosovo can be penalized with 19.7 million euros, while the investor, ContourGlobal, may be penalized a maximum of eight million euros. Those who believe that one can tell apart a bad day from a good day by looking at the morning sky will be ready for what follows.

According to the agreement, the investor ContourGlobal is guaranteed the sale of the entirety of the energy it produces with the target price of 80 euro/MWh (Recital F). This price, in fact, represents a comparable increase with the agreed price in the Memorandum of Understanding signed on December 2015. At the time the price was 78.6 euro/MWh. So Minister Lluka’s boasting that he has managed to reach a more favorable agreement than the original one does not stand at all. Although the equity rate of return has been decreased from 21.5 per cent to 18.5 percent, the increase of the cost of construction from one billion to 1.3 billion euros has a negative effect on the determination of the energy price. (As to how they reached the target price, we’ll see below.)

Although in an interview Minister Lluka referred to the price of 80 eur/MWh as a price ceiling, this is, unfortunately, not accurate. In fact, if ContourGlobal manages to produce more electric power than the expected amount, then for every additional produced MWh, the company will received a bonus of 20 per cent on top of the target price (Schedule 1, Article 2.3.1) – consequently the price can easily jump to 96 euro/MWh.

According to the numbers above, the annual cost for consumers of electric power produced by this power plant will be at least 240 million euros if it operates at 75 per cent of its capacity (around 3GWh), and can go up to 340 million euro if it operates at full capacity (around 4GWh, of which 1 GWh will be paid for with a bonus of 20 per cent). In other words, in 20 years the Kosovo people will pay five to seven billion euros for this agreement.

To translate these numbers into consumer tariffs: for example, if a sum of 240-30 million euros will be added on to the current billing (if we exclude Kosova A power plant production from the calculations), then we might be talking about a 46 – 81 per cent increase in current tariffs, depending on how much of the energy network Kosova B and New Kosova source.

But such an enormous increase in tariffs will not be welcome to consumers, and would be difficult for the Energy Regulatory Office, ZRRE–who determines the level of tariffs according to the Maximum Allowed Revenues– to justify. Thus to overcome this issue, a solution has been provided in the agreement- which in my opinion is the most outrageous part.This solution is called “New Kosovo Electricity Company,” NKEC.

According to the agreement, the Government of the Republic of Kosovo is obligated to establish a public company that will serve as an intermediary between Contour Global and the rest of the energy market in Kosovo. In other words, NKEC will be responsible for buying the entire production capacity of the new power plant, regardless of whether Kosovo’s market needs it or not. NKEC will in turn sell this energy to KEDS, or to someone else with a cheaper price than the cost, and thus, the state will cover the loss while ContourGlobal maintains guaranteed profit.

To put it bluntly, NKEC, or the Republic of Kosovo, will pay for CountourGlobal: all of its expenses, its loan principal, interest, and in the end, even the profit tax. All of these were calculated to be covered with the target price of 80 euro/MWh, which can be increased if, for example, the interest of the loan appears to be higher than planned.

Following this, it is obvious that the annual cost of the powerplant will not be reflected immediately but gradually on consumer tariffs, because the energy will be paid by NKEC, which will be financed/subsidized by the government. But to say this is better, it is like saying it’s cheaper to pay from your left pocket instead of the right one – at the end of the day, the people will be coughing up the money. Whether this is paid through electric power bills or through taxes, it does not truly matter.

The beauty in all of this is that when the time comes to pay up, the government that signed this deal will be long gone.

To guarantee the investor smooth progress, the Government of Kosovo has forced public companies, such as the Kosovo Energy Corporation, KEK, to sign deals that might not be in their best interest.

According to the Ash and Gypsum Disposal Agreement, for example, KEK is obligated to provide ContourGlobal with sites for deposing ash and gypsum, without getting a single cent in return, entirely for free.

Meanwhile, I could not find the price of supply in the Lignite Supply Agreement – perhaps this information was a victim of the redaction with the “reserved” label from the company.

However, the strangest part is the Site Transfer Agreement, through which KEK agrees to sell the land (KEK’s property) to ContourGlobal on which the new plant will be built. The sale price is 10 (ten, yes, ten) euros for around 15 hectares of land — a price that is in extreme discongruity with the price of land paid for the relocation of Shipitulle.

There are many gems like the ones I mentioned above, but I hope that they will be addressed by others in the following days.

To conclude, I believe that this agreement should have not been signed with these conditions. The agreement is so unfavorable that even a PDK minister did not dare to sign it, although it sat in their drawer for two mandates in a row. This fact is very telling, especially knowing that in the past PDK did not shy away from bad deals.

Kosovo could have built such a power plant by financing it itself, without the help of a foreign investor, and even with much better conditions. Three hundred million euros a year is a large sum for a people when half of them live in poverty. I guess this is what happens when luxury holidays distort your perceptions.

Hekuran Murati is a financial analyst and consultant.