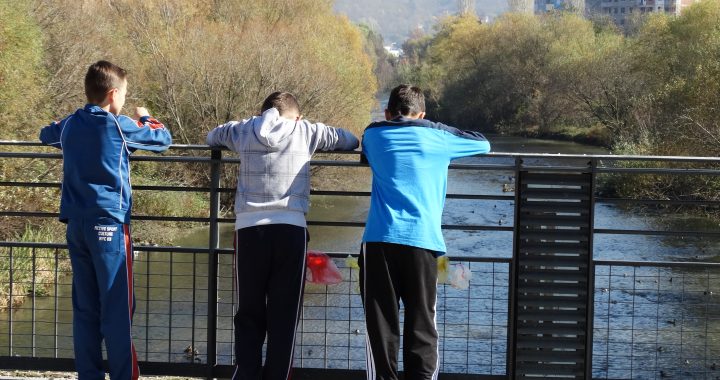 If the government does not develop a strategy to hold polluters accountable, clean wastewaters, and monitor groundwaters, pollution will wreak havoc on Kosovo’s budget, environment, and public health.

On the southern outskirts of Kosovo’s Capital, Prishtina, a river appears out of nowhere. Vegetation crowds its banks and discarded plastics cling to its riverbed. The water is shallow, but murky. It moves, but nothing is alive in it. The river is dead, due to conscious decisions in the past and neglect in the present.

This is the Prishtevka River: Prishtina’s sewage system.

On hot days you can smell it before you see it, and it smells exactly as you would imagine. If you have visited or lived in Prishtina you have never seen this river. You have probably never heard of it either. I can guarantee that you have walked on top of it though.

The Prishtevka River originates in the hills northeast of Prishtina. Before it reaches the city, it is forced underground. The river was forced under the city decades ago due to complaints and hygienic concerns about sewage being exposed to the open air. Forcing it out of sight was only a temporary fix to the problem. The Prishtevka currently flows underneath the heart of the city, collecting waste from every apartment, cafe, and restaurant, all of which are connected to the river via underground pipes. It pops back up aboveground outside of Prishtina and flows past towns and villages in the countryside.

Through this river, the capital’s waste becomes the countryside’s water. Although many homes in the countryside are connected to public water supply systems, they still drink, cook, and bathe with water from their wells–with water that very well may be contaminated by the Prishtevka.

A history of pollution

It would be misleading to isolate Prishtina as an exception. It would also be wrong to put all the blame on the Kosovo Government for not dealing with the problem. Kosovo was the most polluted province of the former Yugoslavia. Historical environmental problems still plague the country. Almost every municipality in Kosovo is without any sort of wastewater treatment infrastructure. Domestic waste from nearly two million people is flushed away everyday.

On top of this, Kosovo’s water problems take a backseat to its air problems. Kosovo’s decades old, Soviet-built power plants, located less than 10 kilometers from Prishtina’s city center, still produce over 98 per cent of Kosovo’s electricity. Electricity is generated from lignite, the dirtiest form of of coal. The World Health Organization concluded in 2012 that air quality in Prishtina was causing nearly 1,000 premature deaths a year.

The air in Kosovo is bad and cannot be ignored. People breathe the problem every day. The problem of water pollution, on the other hand, is flushed down the toilet and sent away. Polluted, domestic water reaching the natural environment has consequences though, the extent of which may not be known or felt for decades.

The problem below our feet

Approximately 300,000 people in Kosovo are connected to public water supply systems that take water from underground aquifers. There is an unknown–although it is estimated to be high–number of people that drink water from their private wells. The public groundwater is tested once a week for ammonia, nitrites, nitrates, and other basic measures. It is tested once every six months for heavy metals. This is not nearly enough.

The private wells are never tested. Many rivers in Kosovo are dumping grounds for mines, industries, and businesses. Several studies have shown that there are high levels of lead and cadmium in Kosovo’s rivers. Those that drink groundwater from the public water supply and their own private wells may be drinking water that is contaminated with heavy metals. However, this is difficult to confirm or disprove because of how infrequently tests are done. The citizens of Kosovo end up drinking at their own risk.

This will continue to be a problem for Kosovo because of how tricky groundwater is to monitor, measure, and keep track of. This is because the science of hydrogeology, specifically surface water-groundwater interactions (SWGW), is still in its incipient stages. Surface water is classified as the water we see in rivers, streams, and lakes. Groundwater is water that is below the surface and located in aquifers. These two types of water interact in ways that are hard to explore. Studies to determine whether the groundwater is flowing into the rivers or vice versa take a lot of time, equipment, money, and skilled specialists. Due to its location, groundwater is extremely expensive and difficult to clean after it is polluted. It is often meters below the surface and underneath layers of vegetation, sediments, and rocks. Possessing polluted groundwater is not a situation Kosovo wants to find itself in, but is inching towards every day.

Issues associated with the Gazivoda Reservoir are other big unknowns in Kosovo’s water future. The Gazivoda is crucial to Kosovo’s water security. It supplies, at certain points during the year, up to 600,000 people (1/3 of Kosovo’s population) in Kosovo with water. Kosovo’s two power plants, Kosovo A and B, depend on its water for cooling purposes during the summer months.

The Gazivoda is currently Kosovo’s most important water resource, and its ownership is contested. The Gazivoda lays in both Serbia and Kosovo, with about 2/3 of it in Kosovo. Almost all of the water that fills the Gazivoda, due to its geographic nature, originates in Serbia in the form of the Iber River. The Iber River is dammed in Kosovo, creating the reservoir. Downstream from the reservoir, the Iber continues into Kosovo, splitting the municipality of Mitrovica into the north and the south. It then flows back into Serbia. The river crosses the border twice. To complicate matters, the Iber gets extremely polluted during its short stint in Kosovo. Clean water enters Kosovo from Serbia, but when it crosses the border in the other direction, it has become so polluted that it is non-potable and unusable for industrial purposes. In Kosovo, the Iber River is, quite literally, killed. The two countries have no agreements over transboundary resources and Serbia cannot challenge Kosovo on an international stage to clean up its waters because it would then be recognizing Kosovo’s independence. Although the Iber River is one of the most politically contested and polluted watersheds in the world, these issues are absent from public discourse.

Why it all matters

Kosovo’s central plain, where Prishtina and the majority of Kosovo’s population, industry, and agriculture are located, is dry. Climate change models project that Southeastern Europe and Kosovo will get drier and warmer. Kosovo is already prone to droughts; the Interministerial Water Council of Kosovo predicts that a drought will occur every five years. It should be expected that Kosovo will continue to face droughts and that these droughts, due to their variability and climate change, might be worse than those Kosovo has expected in the past.

To combat this, Kosovo needs to diversify and protect its water resources as much as possible. As the region suffers from climatic variabilities and prolonged droughts, communication between Kosovo and Serbia will be key. Environmental diplomacy offers an opportunity for the two sides to come together to accomplish a mutual, beneficial goal: cleaning the Iber River and safeguarding it for long term use.

What can be done

Groundwater is resilient to droughts, meaning it is not affected as much as surface water by lack of precipitation. Therefore, it is necessary for the Kosovo Government to pursue measures to protect it. Ten per ent of its population already depends on it for its main source of drinking water, although this number is expected to be much higher if private wells are included. Kosovo can expect this number to increase, especially in times of drought and difficult political situations with Serbia.

Once polluted, the costs of remediating groundwater will wreak havoc on Kosovo’s public budgets. The government needs to develop an effective strategy to hold polluters accountable, fund public projects to clean wastewaters, and establish effective groundwater monitoring programs. Preventative measures are almost always cheaper than reactionary ones and this case is no different. Kosovo will put a lot of time, money, and effort into these programs, but the goal is to conserve these resources for future use. And who knows, if all goes well, maybe the next generation of Kosovars will swim in the Prishtevka River.

Kyle Kavanagh Sweeney was a Fulbright Researcher in Kosovo in 2016-2017. He currently works in Boston as a development consultant. His research interests include sustainable urban planning and climate change adaptation. 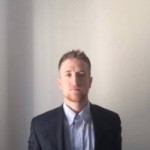