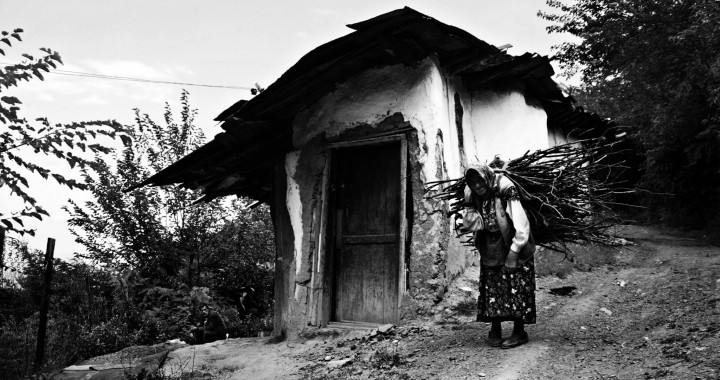 Almost one third of Kosovo’s population live in relative poverty, but it is the society at large that suffers the effects of a dwindling labor market and governmental policies that favor asphalt over health and education.

Kosovo is poor. This is a cliche, but a cliche we often overlook when we want to talk about its positive developments, its image, its attempts at making itself known as as a state. But the sobering fact remains that with a corrupted political class, almost no rule of law, with highways being  a priority over health, with 32.9% unemployment among working age groups and 57.7% among youth, Kosovo remains among the poorest countries in the region.

About 29.2% of Kosovo’s population lives in relative poverty and 8.2 of the population lives in extreme poverty (on less than 1.02 € per day), meaning that 27,609 families benefit from the social assistance schemes. Research data proves that the majority of citizens live with a monthly income of less than 500 euros. Most of it is spent on food and their households, which leaves little for medical care, not to mention leisure or holidays. According to Kosovo Agency of Statistics’ 2015 household budget survey, 43% of the budget is spent on food and 30% on housing, while education and healthcare must be considered a luxury: only three per cent of the household budget is spent on health care, only one per cent on education and less than one per cent in leisure activities.

The data proves the low quality of life in Kosovo and serve as indicators that Kosovars mostly work in order to survive, few can afford an enjoyable life, and the wealthy are a minority. Women, or half of the population, lack access to the job market. Due to a lack of parental leave policies, they are discouraged from seeking jobs and those who are employed are often ‘encouraged’ to quit once they have a child.

The unemployment rate among youth aged 15-24 is presented as a big issue, although in a just and sane system, this age-group should be provided with great educational opportunities and grow as individuals and professionals. Men and women with disabilities on the other hand remain discriminated against both in terms of education and employment. The same goes for other marginalized groups such Roma, Ashkali and Egyptian men and women.

Among the key issues that push people deeper into poverty is the lack of affordable health services. The Essential List of Medicines is never sufficient since the government budget for healthcare can only cover 60% of the medicine on the list. The patients have no choice but to pay not only for their own medicine but also for basic products including test tubes, syringes and other essential items that should be provided by the public health system. The situation should not be expected to get any better considering that in 2016 Kosovo plans to spend 210.2 million euros on roads (mostly poorly constructed with constant need of repairs), whereas only 180.5 million on health care.

Moreover, treating serious diseases like cancer is mostly totally unaffordable for families. Breast cancer rates among women have reportedly risen this year. Medicine that is supposed to be offered by the Ministry of Health is often not provided, forcing women and families to seek treatment in costly private health institutions.

“I payed 230 euros just for the MRI, which is too much for me even though I am employed,” said a woman I spoke to recently who wished to remain anonymous because of the privacy of her illness. Treating breast cancer, she says, is very costly when you consider that beyond the constant therapy there are systematic tests as well as constant references by doctors to visit their colleagues for further testing and treatment. Although such constant referrals push further the financial limits of individuals and families, cancer patients are ready to do anything that gives them hope to survive.

With such little institutional support, lack of budget and proper health services, as well as lack of steady financial incomes, Kosovars fighting various types of cancer and other severe diseases have no other options than to seek help from fellow citizens through campaigns in cooperation with mobile phone companies. Such campaigns through open calls for help are constant.

The Kosovo budget provides only 268.4 million euros for education and science. Similarly modest investments have been made in previous years as well. The education system in Kosovo is still among the weakest in the region with plagiarism even among academics and with incompetent people at the head of the University of Prishtina, the country’s flagship educational institution. This status quo gives little hope for future prospects in education and science to young professionals, educators and entrepreneurs. Without these investments, it will be hard to foster a new wave of leaders that would provide jobs and improve the quality of life.

The capitalist forces that arise from the weak governance, corruption and lack of institutional accountability add fuel to the fire. Large private companies led by businessmen who also happen to be members of parliament or businessmen in close cooperation with politicians manage to grow their businesses and boast for offering jobs, but they keep their employees down with low salaries and maltreatment. No wonder workers’ rights are not respected and yet very few can afford to quit.

Kosovo remains a poor, unjust country with a corrupt political system, lacking even essential healthcare and employment opportunities. It is nowhere close to fulfilling even the basic Sustainable Development Goals such as reducing hunger and providing health care and wellbeing. Furthermore, living in Kosovo in such conditions is made even more difficult when we consider the high rates on violence against women, lack of general safety and red herrings such as political calls for “national Albanian unification.”

As a young state aiming for a democratic and liberal governance inspired by prosperous models of many European countries, Kosovars should never settle for the mediocrity promoted by the political class in charge. We should let go for once and for all of the “transitional phase” excuse and demand better health care, as well as depoliticized and proper education. But we should also ask for higher living standards with decent and well-paid jobs, as part of a system in which going on holiday is not a luxury but a necessity, and where theatre, art galleries or any creative opportunities can be enjoyed by the majority.