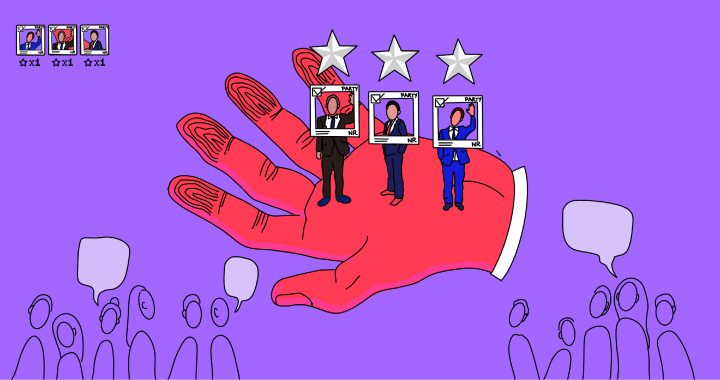 The Kosovo Constitution guarantees seats in the parliament for Roma, Ashkali and Egyptians, but this has not provided a true voice for these communities.

Roma, Ashkali and Egyptians in Kosovo continue to struggle at the margins of society, hindered by poverty and unemployment, an issue highlighted by the European Commission’s 2020 Progress Report on the country.

The COVID-19 pandemic has created further barriers to education, and it goes without saying that the current situation only reinforces the vicious cycle of poverty these communities find themselves in. Just as an illustration, almost a third of officially documented Roma, Ashkali and Egyptians in Kosovo are registered under some kind of social support scheme, compared to one seventeenth of the general population.

However, since its establishment the Kosovo Assembly has always contained representatives from Roma, Ashkali and Egyptian communities. The Kosovo Constitution guarantees at least one MP from each of these communities, and an additional seat to whichever community receives the most votes.

The Constitution further guarantees that ethnic non-majority communities are not just offered participation but power, as MPs holding reserved seats in the Assembly are able to halt any amendments to the Constitution by withholding their support. Positions within the Kosovo Government are also foreseen for ethnic non-majority communities, including positions as ministers, deputy ministers and even deputy prime ministers.

It is a level of political representation that few Roma communities enjoy. In many parts of Central and Eastern Europe, Roma constitute a sizeable part of the population but are largely absent from local and national political decision-making. Meanwhile ‘Roma in Europe’ – an umbrella term covering a wide range of ethnicities – are regularly described as one of the most politically disenfranchised ethnic groups in the continent today.

However, for people from across Kosovo’s ethnic non-majority constitutions, the seats are seen as ‘pseudo-democracy’, which serve only as political decoration and provide no real opportunity to influence policy.

There are dozens of testimonies from people placed in important and influential positions, including as Deputy Minister or Advisor to the Prime Minister, which demonstrates that these representatives, even if they wanted to make a contribution, were not given the space, time or recognition.

The political influence of Roma, Ashkali and Egyptian communities has become marginal, while the responsibility placed on them is equal. Who would have thought that a vote from a representative of the Ashkali community would determine the fate of a Kosovo Government, as was the case with Mr. Etem Arifi and the outgoing Hoti government.

Poverty and marginalization also significantly influences the direction political representatives from these communities take. It often limits their influence to minor roles, and requests for personal gain for themselves or a close group of individuals around them, rather than representing the interests of their constituencies.

What are the chances that one (or all) of the nine political parties and citizens’ initiatives that are running for the four reserved seats in the Parliament for Roma, Ashkali and Egyptians, will, once they are elected, give up political influence for a few small personal gains – for a position as a deputy minister, as an advisor at a ministry, or for several tenders awarded to friends and relatives?

When it comes to the democratic process, a lack of information and poverty also means that Roma, Ashkali and Egyptian communities in Kosovo are often vulnerable to electoral malpractice, including vote-buying and even outright fraud. For many that do vote, their voice risks being either suppressed or manipulated, sometimes even through fear and violence.

Allegations have recently surfaced that Srpska Lista are trying to influence the election of MPs in Kosovo’s non-Serb ethnic non-majority communities in order to increase their parliamentary power. However, what has been neglected in this discussion is that political parties representing Roma, Ashkali and Egyptian communities have always been manipulated by mainstream parties on issues that never served the interests of these communities, and even less those of wider society.

That is why members of Roma, Ashkali and Egyptian communities in Kosovo have little to no expectations that political parties representing these communities will bring the change that is hoped for.

Politics affect the lives and well-being of everybody, but the consequences of failure are felt stronger by the most marginalised communities. That is why political participation is vital – so that people, especially the most vulnerable, have a voice in public affairs and influence policy-making in a way that responds to their needs.

There are hundreds of Roma, Ashkali and Egyptian candidates running for just four seats, a bizarre phenomenon in itself. Regardless, each of these candidates need to reflect the real needs of their constituencies, as well as society more widely.

Representatives of these communities need to look beyond personal interests, to understand that a seat in parliament is not simply a well-paid position and prove that political participation is the key to overall inclusion. Only this can send the message to the Balkans, and Europe more widely, that a voice is worth fighting for!