As demand for housing grows in urban areas, green areas are being concerted over and parks neglected – worsening traffic pollution and the quality of life.

Kosovo is getting ready for local elections at the end of this week. During the election campaign, candidates for mayors as well as municipal assembly members are unveiling their programs and promising various infrastructure projects for urban areas: more asphalt, more parking lots, more underpasses and overpasses, more concrete.

But Kosovo’s towns and cities are increasingly suffocated by these constructions, and the disappearance of parks is making the lives of citizens even more difficult.

Part of the reason is people’s lack of awareness from citizens with regards to the need for green spaces, states Armend Lubishtani, head of an architectural studio in Prishtina.

“The candidates for mayors seem to have planned the green areas without proper analysis”, says Valdet Osmani, the head of Architects Association of Kosovo.

Osmani says for BIRN that to achieve the necessary conditions for green spaces in the urban areas, there is a need to change the development pans, zoning maps, reduce the construction coefficients, expand the green areas and parking areas to multi-floor buildings.

“There should be assigned a green area per capita and there should be green surfaces in every neighborhood and in every building, not in some limited zones”, he adds.

After the Kosovo war ended, Kosovo needed a lot of urban construction because the lack of infrastructure investments during Yugoslav times had left the country underdeveloped.

But concrete has since become synonymous with urbanization, when urbanization, as a concept, should not only include concrete but all the other ways to improve civic life through progress and development. 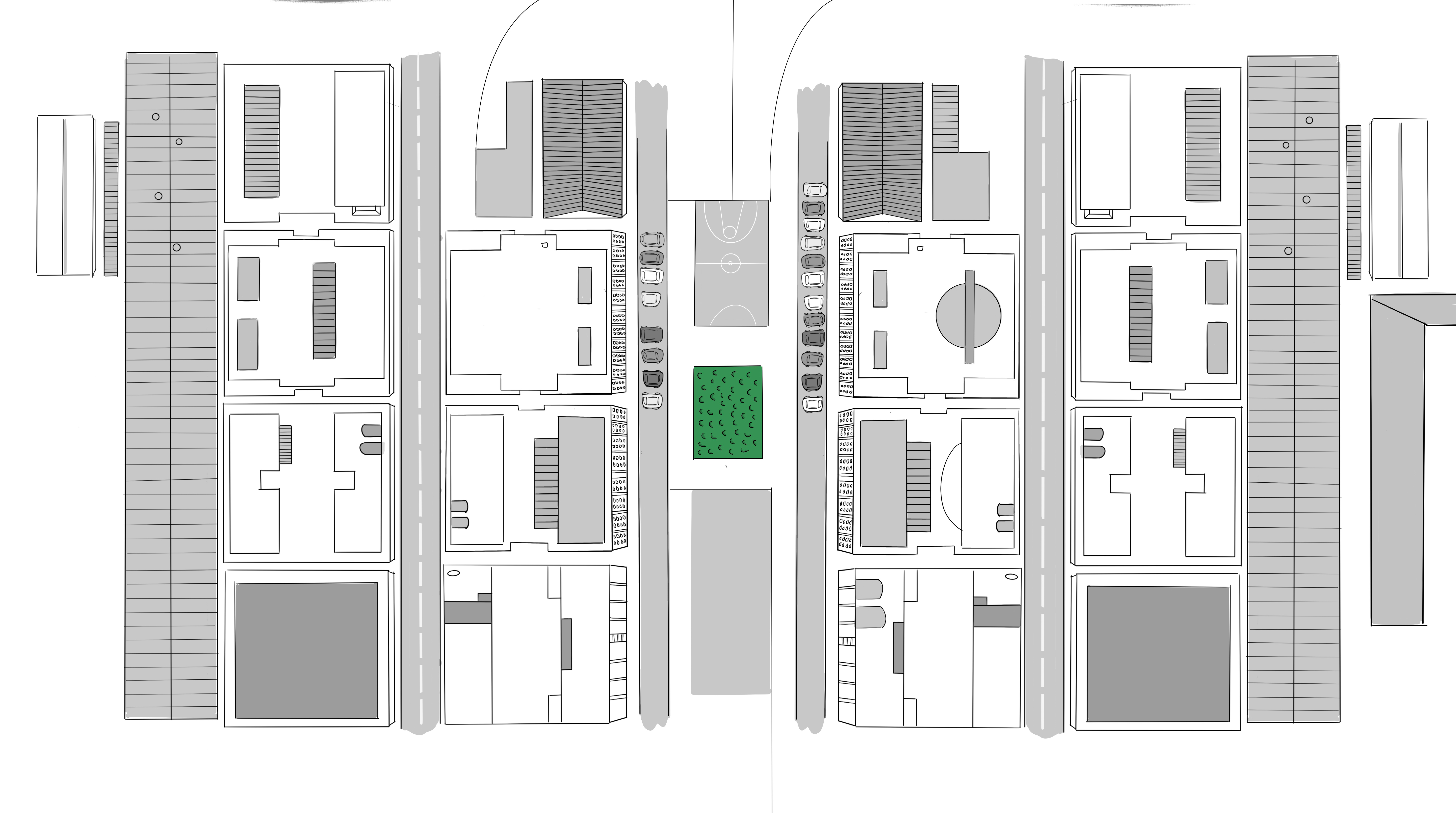 Despite this, ahead of the October 17 elections, Lutfi Haziri, mayoral candidate of the Democratic League of Kosovo, LDK, for Gjilan, in the “Pernime Debate” with Jeta Xharra, sought to win votes by promising yet more parking lots.

“The first underground car park will be at the new bus station, the second will be at the municipality, where most of the buildings will be demolished, and the third will be at the green market, which will translate into an incubator for family business …” Haziri began.

Plans for concreting over spaces are also coming from the mayoral candidate from the Social Democratic Initiative for Podujeva, Xhemajl Hasani. Speaking about infrastructure in his municipality, he vows that if he wins a mandate, he will pave the asphalt himself!

Meanwhile, in the absence of greenery, cities are choked with concrete in public spaces, turning Kosovo into a grey land.

Many towns and cities do not even have a central park. And the few remaining green spaces often do not meet the real requirements of citizens.

Zana Sokoli, a UN-Habitat Urban Planning Advisor and architect, told BIRN that the way for municipalities to function is to design city centres by defining the transport hierarchy.

She says it is vital to adapt transport to the needs of citizens because congestion, air pollution, lack of parking areas, green spaces, sidewalks and bicycle lanes are making city life increasingly impossible. 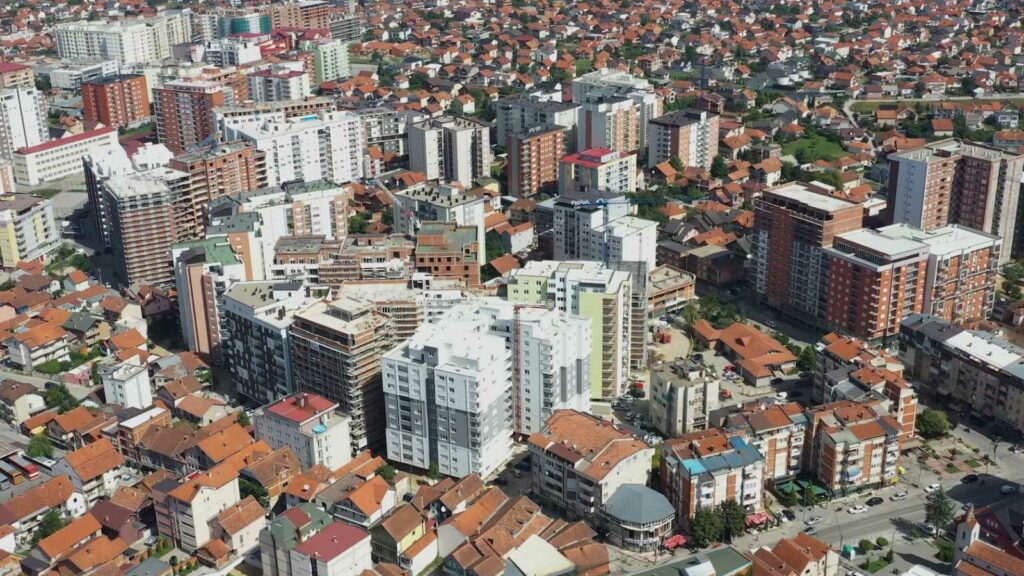 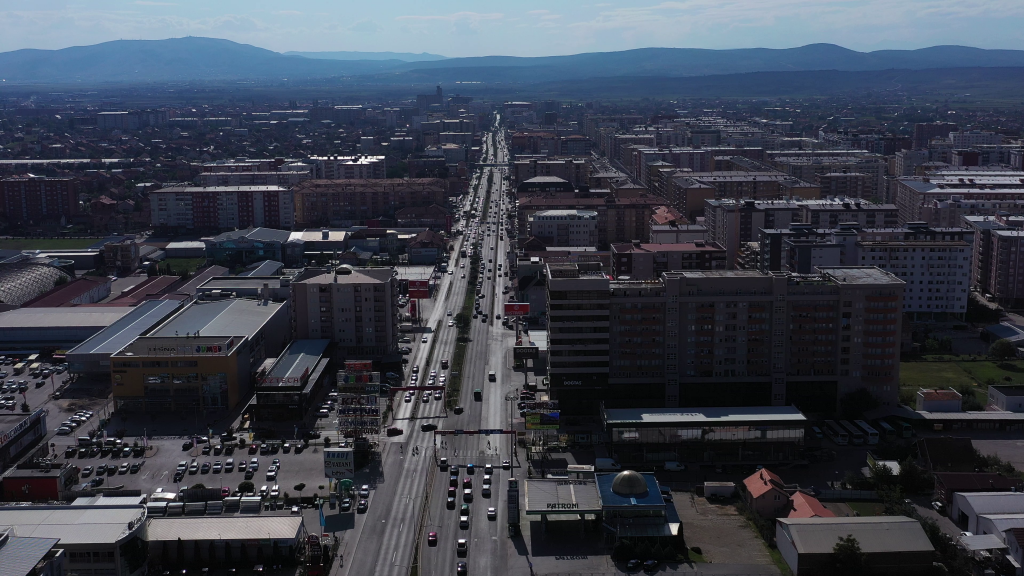 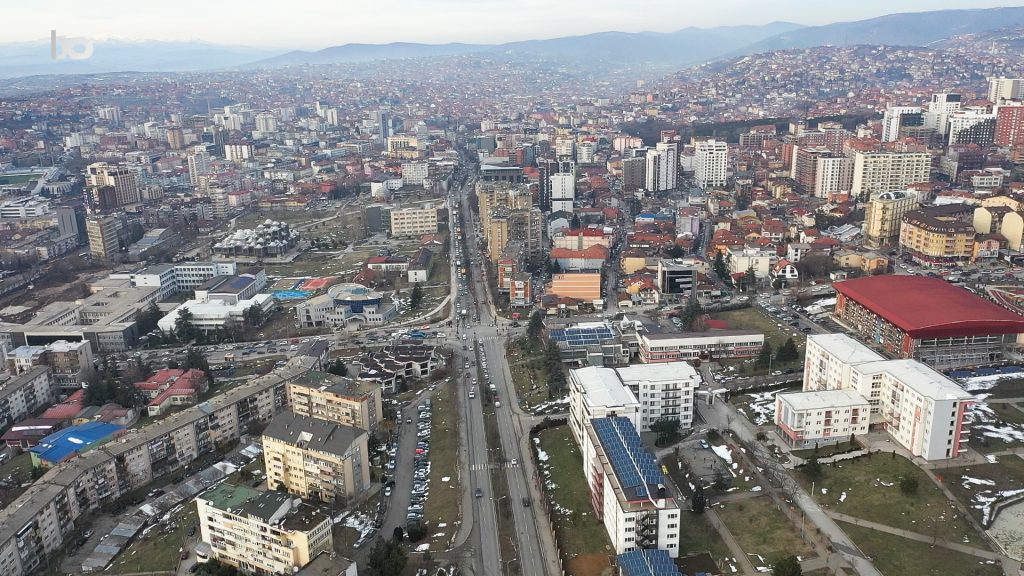 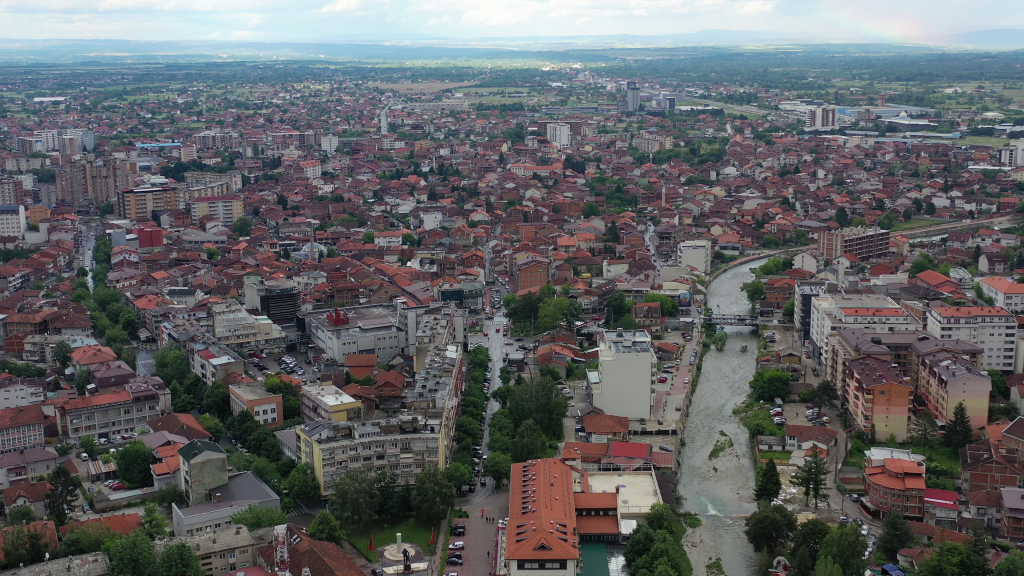 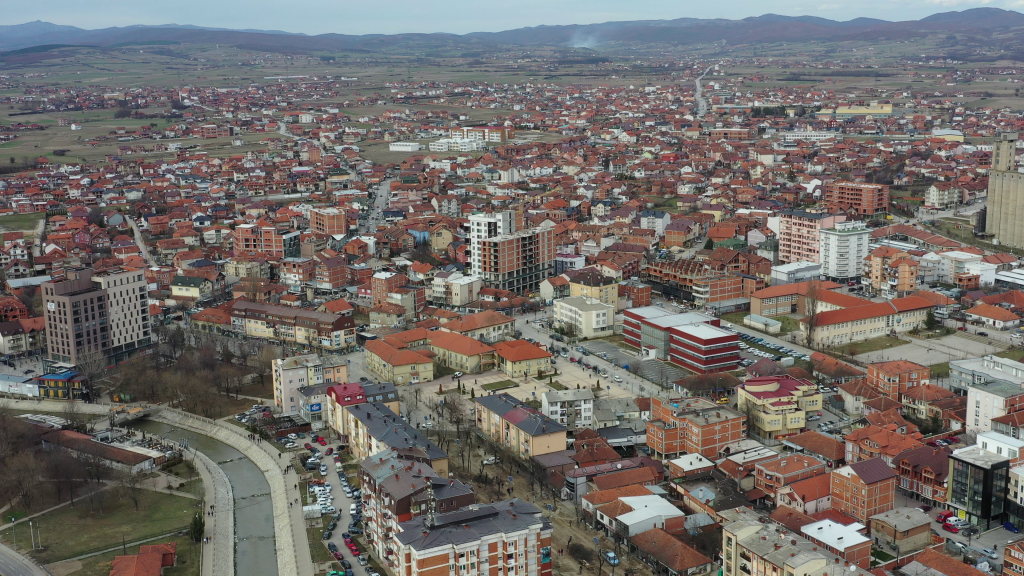 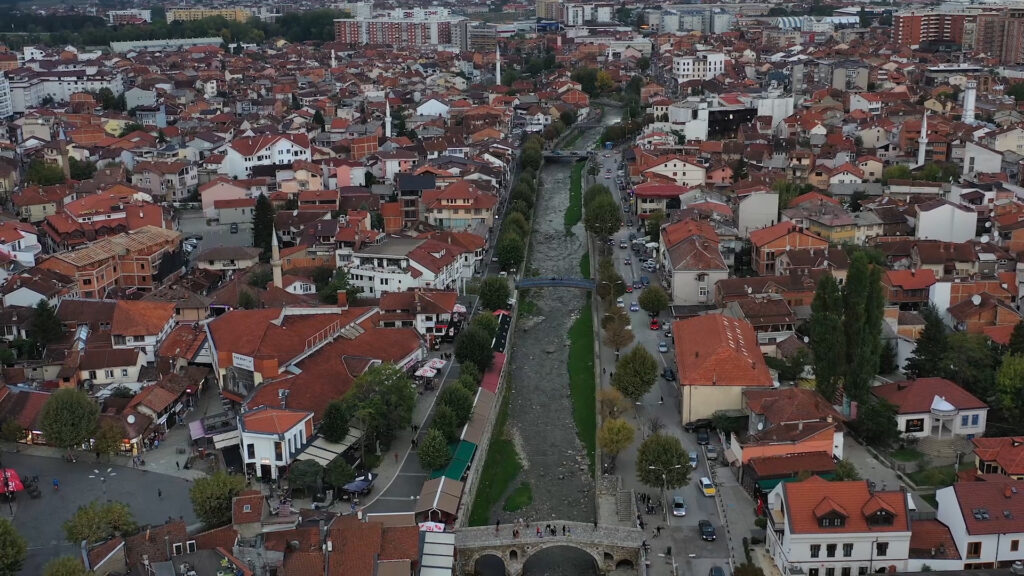 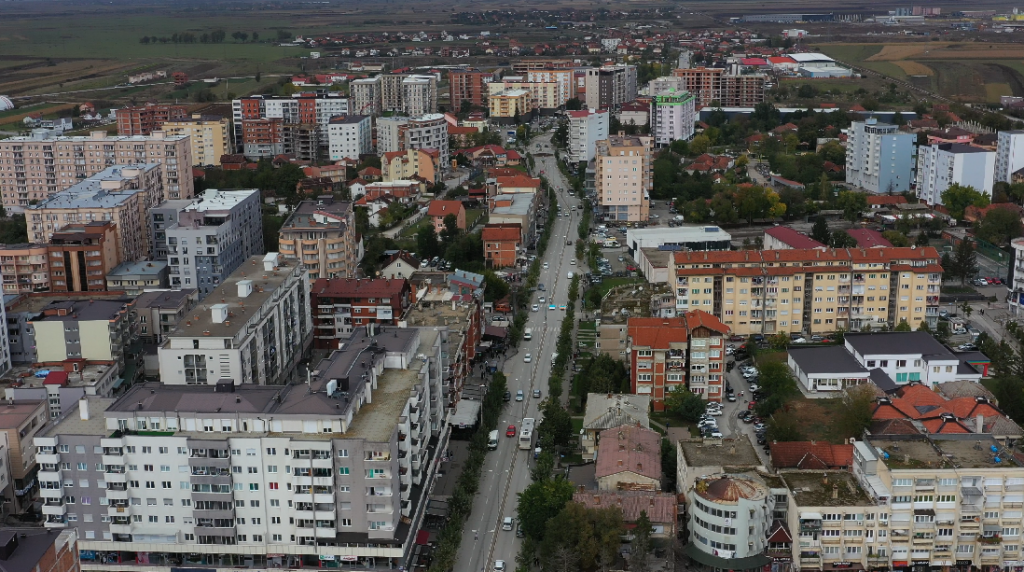 Greenery in the municipalities of Kosovo. Photo: BIRN

The lack of parks and green spaces is creating urban chaos, Sokoli warned, adding that neither the municipalities nor the citizens are truly aware of the urban chaos they have turned their cities into.

“A lot of green public spaces are inaugurated and ready to ‘live’, but unfortunately they do not ‘survive,’” she says.

The town of Vushtrri has only one park, the main one, “Adem Jashari”, and four other green spaces in the urban area, but they do not meet the needs of the 70,000 inhabitants.

Without giving out any exact plan for such green spaces, Sadiku insisted that Vushtrri plans at least to maintain its green spaces and at the same time expand them.

Kosovo’s Law on the Environment states that public green areas in settlements and in parts included in the spatial and urban plans, must be maintained.

However, the Municipality of Prishtina, which is known for the momentum of its construction, and is listed as one of the most polluted cities in the world, has only one city park, which remains far from a park worthy of a capital city.

Taukbahçe Park and Arbëria Park are in the same situation. The only solution for the citizens of Prishtina remains the Regional Gërmia Park, located on the outskirts of the city.

Pristina resident Naim Boshnjaku spends his free time with his nephews and nieces in Ulpiana Park to escape car-clogged areas.

While praising this park, he expresses concern about the miserable state of greenery in Pristina, calling Ulpiana a rare oasis.

“Prishtina in terms of greenery cannot even be called a city, and is no longer a capital,” he said.

“You open your eyes and see the sky and apartments, nothing else,” he adds, expressing fears that other neighborhoods in Pristina are also suffering from a loss of greenery.

“Once you could not imagine how much greenery Pristina had, but they started to build without control, so now let us citizens suffer,” he continues.

In the absence of public spaces in urban neighborhoods, which have been occupied by residential blocks and business buildings during restructuring after the 1990s, the municipality has decided to renovate old squares, adding greenery, toy corners for children and nursing corners in a few neighborhoods.

The Director of Parks in Prishtina, Fatime Hajdari, told BIRN that they have built the new Arberia Park, started works on the “Mati 1” Park, and this month the renovation of the City Park is expected to be completed.

Ferizaj is growing fast but its parks are not 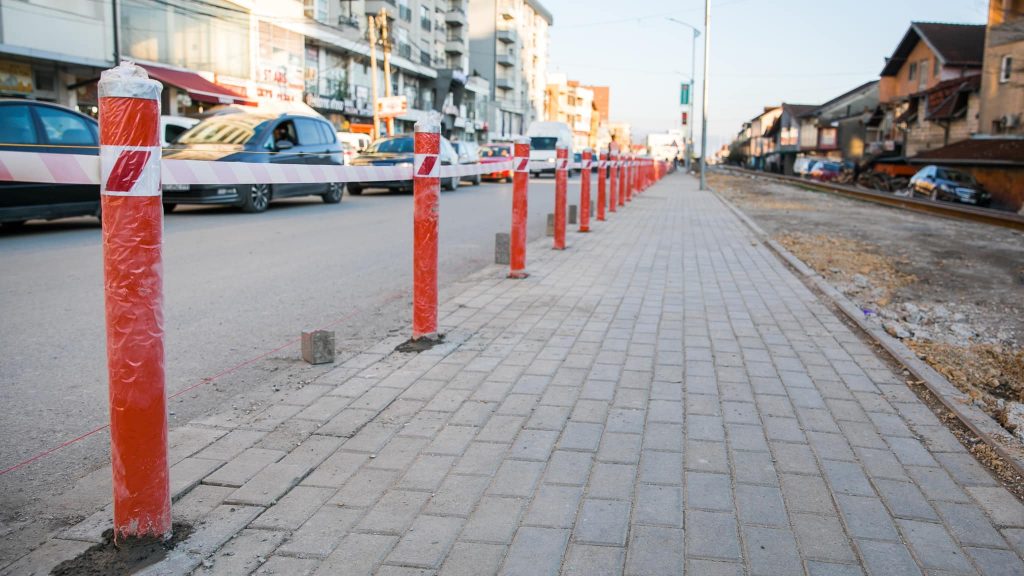 A lack of parks and green areas is also pronounced in Ferizaj. The Director of Urbanism, Lulzim Aliu, told BIRN that there is only Liria Park in the urban area. After searching the official Geoportal of the Government of Kosovo, BIRN found that even this park does not appear as part of the urban area.

Ferizaj is the third largest city in Kosovo in terms of population, but infrastructure construction has left it without a central park. The municipality says it plans to demolish many public buildings and then transform these areas into parks. This remains the only hope for Ferizaj.

Ferizaj is a fast-growing city, with massive construction going on to meet the housing needs of people who are moving into the urban area. The current mayor has prioritized the construction of underpasses, to overcome the problem of cars cramming the middle of the city.

Although in Ferizaj this year the trend towards the construction of underpasses is continuing, Aliu said that taking into account that about 80,000 inhabitants live in the urban area, the expansion of two existing parks and construction of three more parks is foreseen, as is the creation of green spaces in yards of schools and in the city.

In Drenas, a smaller town in the Drenica region, known for its extensive paving over the years, the municipality says there are seven green spaces or parks in the urban area.

But BIRN research shows that these parks in the urban area are not functional and do not even look like recreational areas. These green spaces are not enough for citizens, especially older retirees who want to spend time outdoors.

In the absence of a proper park to relax in, 77-year-old Hetem Bardhi spends most of his time at his home in Drenas.

“We do have a park … but there are no seats there. When we want to go out there … the few seats that exist are damaged. They’re ruining them,” said the worried pensioner, who wants to see proper parks built for future generations.

The responses of some Kosovo municipalities to BIRN note that the amount towns spend on green areas reaches millions of euros.

In Prishtina, 1-5 million euros are allocated every year for the maintenance and cultivation of green spaces and another 1 million for the replacement of new parks. Ferizaj spends over 500,000 euros. 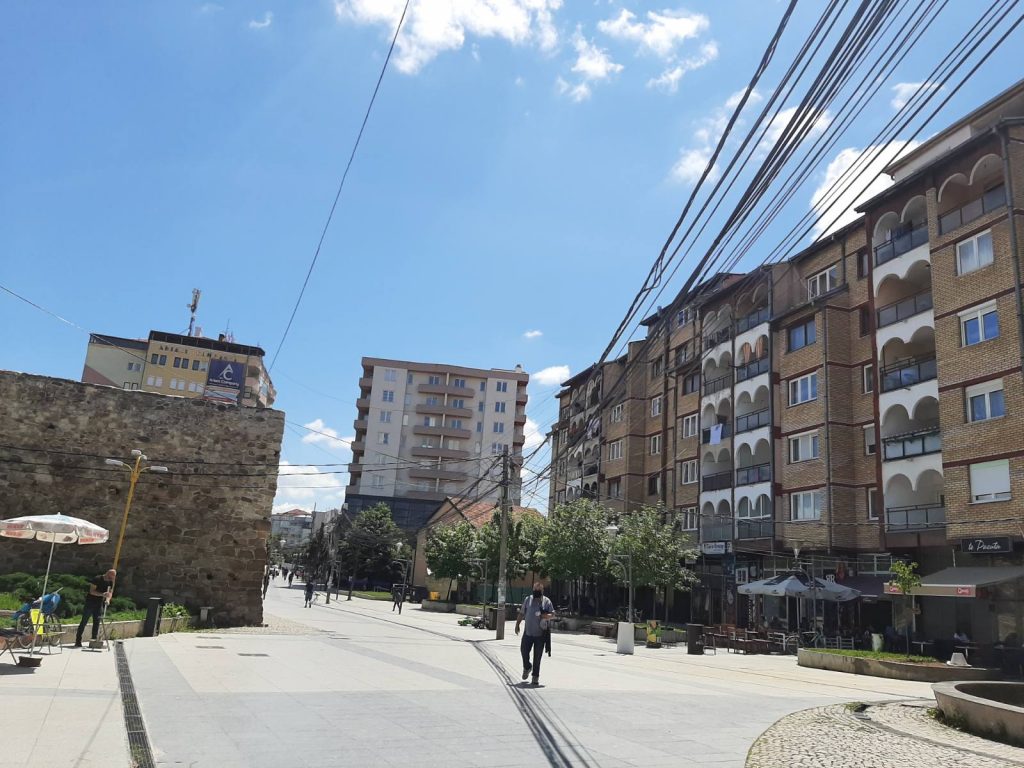 Besides a lack of parks in municipalities, the lack of green spaces around their buildings is a problem for many residents of apartment blocks.

The influx into the towns and cities, and the change of family structures from large to nuclear families, has created a great demand for collective housing.

With the increase in the construction of these buildings, the demand for more recreational spaces has increased, but traffic has increased as well.

“Are there even any green spaces in residential blocks?” Zana Sokoli wondered, when asked by BIRN about the greenery in the apartment blocks.

“The only public spaces in the neighbourhood are the streets and sidewalks – all occupied by parked cars,” she added.

Sokoli says these spaces are often usurped by cars as well as “privatized” unfairly by businesses, despite the fact that public spaces are common and should be accessible to all.

by Valon Fana
Next: Features