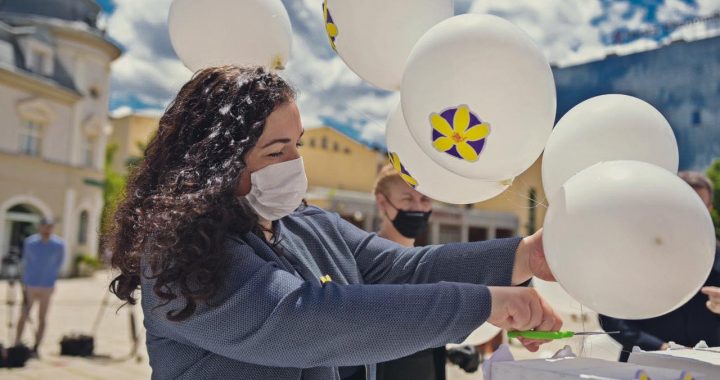 With 70 votes in favour, LDK’s General Council has dismissed former prime ministerial candidate Vjosa Osmani from her position as deputy leader of the party.

The General Council of the Democratic League of Kosovo, LDK, has voted to dismiss Vjosa Osmani as deputy leader and as a member of the party chairmanship. Of the 123 members of the Council, 95 members voted on the proposal from party leader Isa Mustafa, with 70 votes in favour, 16 against, and nine abstentions.

In his letter proposing to dismiss Osmani, who was elected deputy leader by the General Council in August 2019, Mustafa stated that the party gives “unlimited space for freedom of expression,” but added that the proposition was made due to the party’s statute.

Referring to article 14.2, Mustafa stated that under the statute no LDK member can hold a senior position in the party while publicly opposing its decisions. Mustafa proposed that Osmani be replaced as deputy leader by Kosovo Prime Minister Avdullah Hoti, which was approved with 92 votes in favour.

Currently serving as Speaker of the Assembly, Osmani was LDK’s prime ministerial candidate in the 2019 parliamentary elections, in which the party finished in second place, marginally behind Vetevendosje.

In recent months, she has been a vocal opponent of the decision to oust the previous coalition government made up of LDK and Vetevendosje through a motion of no confidence, and the formation of the current coalition government between LDK, AAK, NISMA and Lista Srpska. Osmani did not participate in the session where Avdullah Hoti was voted in as prime minister, a point Mustafa highlighted in the proposal to remove her.

LDK MPs Haxhi Avdyli and Fatmir Rexhepi publicly criticised the proposal. Avdyli, who is a member of the General Council told BIRN on Saturday that he voted against the motion, describing it as “absurd” and something that will come back to haunt the party at the next election.

Xhafer Tahiri, the LDK mayor of Vushtrri also publicly also opposed the proposal, describing it as being against the spirit of the first leader of the party and Kosovo’s first president, Ibrahim Rugova. “This is the most difficult moment for LDK in these past 30 years,” stated Tahiri.

Osmani’s relationship with the party leadership has a long history of turbulence. Following the grand coalition formed between LDK and the Democratic Party of Kosovo, PDK, in December 2014, which saw Mustafa become prime minister, Osmani refused to vote for the coalition  criticising the alliance with LDK’s proclaimed biggest rivals.

Despite speculation that she may form a new party or perhaps join Vetevendosje, Osmani has remained tight-lipped about her political future. “At the end of the mandate [as Speaker of Assembly] I will have to decide whether I want to be in politics or not,” she told BIRN earlier this month.