Lessons in Resistance: Kosovo’s parallel education system in the 1990s

Forbidden to use public buildings for high schools and segregated from Serb pupils in primary education, Albanians created and maintained a parallel education system without appropriate facilities, books, or even school supplies throughout the 1990s.

My book report on Flaubert’s Madame Bovary was due. It was 1997 and books in Albanian were hard to come by in Kosovo. A cousin came through at the last minute: she found a Serbian copy of the book in her private library. I handed in the book report, albeit a bad one, on time. It was hard to write good commentary for literature class in Albanian, on a book I had read in my second language, Serbian. Nonetheless, my last-minute essay on Emma Bovary’s emotional ups and downs and Flaubert’s lesson in ethics, got a good mark, mainly because I ended up completing the assignment. Not many of my peers could claim the same. Most lacked access to books or public libraries and could not find the books assigned for class.

Such occurrences were typical for my generation, who had the ill fortune of attending home-schools after the Serbian regime barred almost all Albanian high school students and teachers from using educational facilities. In addition, public and school libraries were systematically attacked, which resulted in the destruction of 65 libraries and hundreds of thousands of books in Albanian.

References to Albanian culture, literature and history were removed and replaced with Slavic or Serbian references, which in human rights discourse is called a “cultural genocide.”

In 1989, the Serbian regime, headed by Slobodan Milosevic, brought an end to Kosovo’s autonomy within Yugoslavia. Kosovo lost all legislative and executive powers, including any sovereignty on local matters such as education. Decisions on curricula and textbooks were now made in Belgrade. Curricular changes ensued, affecting mostly subjects of history, geography, Albanian language, and music. References to Albanian culture, literature and history were removed and replaced with Slavic or Serbian references. The aim was to weaken Albanian students’ sense of national belonging, which in human rights discourse is called a “cultural genocide” – the deliberate process of non-physical destruction of a nation. 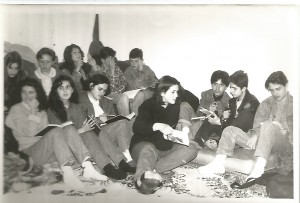 Three weeks after the schools were segregated, on 22 March 1990, a mass student poisoning took place in different cities in Kosovo simultaneously. It continued during the year and affected some 7,000 – 8,000 mainly Albanian students. Belgrade called the hospitalization of hundreds of students within one day a “mass hysteria” – even though patients manifested symptoms of nerve gas poisoning (reddening of eyes, foaming from the mouth, convulsions). The poisoning has remained a mystery all these years: lab results in Prishtina as well as the samples sent abroad did not produce conclusive results on the type of poison or how the poison got into schools. Those who lived in Kosovo, however, were convinced that this was the doing of the Serbian state.

In July 1990, Albanians declared Kosovo to be a Republic of Yugoslavia as an act of defiance to the increasing Serbian state repression. The republic was of course not recognised, but this event provided the seeds for an organization of a parallel state in Kosovo.

By September 1991, Serbian troops were waging war in Croatia. In Kosovo, Serbian police surrounded the schools, preventing teachers and students from entering the buildings. Albanian teachers had refused to teach the new increasingly nationalist Serbian curriculum, so the state fired them. Some were even arrested. Albanian school directors were replaced by Serbian directors.

Over 100,000 students were permanently moved into 3,200 private homes, basements and garages that were turned into improvised schools.

Albanian students – 400,000 in total – did not attend school until January 1992. The first semester was used to negotiate separate school spaces for primary school students within the public schools, as well as to find private houses that could host high school and university students – most of whom were barred from using educational facilities entirely. Over 100,000 students were permanently moved into 3,200 private homes, basements and garages that were turned into improvised schools.

By spring 1992, Kosovo had established a whole parallel education system. A few hundred kilometres north, the Serbian army started in Bosnia what later became the most brutal of the Yugoslav wars.

Kosovo’s capital is shaped like a bowl: the city center is in the valley and the suburban residential areas are atop of surrounding hills. Originally, the center was inhabited by citizens of all ethnicities, while the suburbs were inhabited mainly by Albanians. In the 1990s, the public life of Albanians was slowly, but violently, being pushed from the center to the suburbs. The city – just like the schools – became segregated.

All the departments of the University of Prishtina and most high schools were moved to private houses up in the hills, with a considerable number located in the poorest neighbourhood Kodra e Trimave (former Vranjevc) in the north, forming a parallel version of each education institution. In the first few years these home-schools had no desks, chairs or blackboards. Students sat on the floor, too close to one another, noting down lectures on their laps. 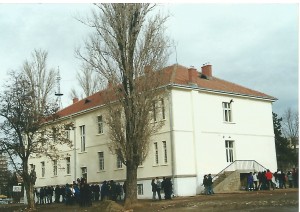 The Xhevdet Doda building before the Municipality of Prishtina decided to tear it down. Today, the Mother Teresa Cathedral sits in its place. | Photo courtesy of Shyqeri Obertinca.

Mine was the only school in the center of the city that Albanians could attend. “Xhevdet Doda” high school was a two-story decrepit building, located where the Catholic Cathedral is today. As the Serbian students and teachers transferred to better school buildings in the city, which were no longer used at full capacity after Albanians were expelled, “Xhevdet Doda” remained empty. Thus with little difficulty, Albanian teachers and students were able to take over the building in September 1992.

The building offered small classrooms, inadequate insulation and only one toilet for some 800 students.

The building offered small classrooms, inadequate insulation and only one toilet for some 800 students. Desks, chairs and teaching materials were often missing. There was no library or science room. Small wood and coal stoves would provide heating on the coldest days of the winter. Their flimsy flues often released smoke into the classrooms. The flue in my classroom could easily become dislodged and once it fell on the head of my classmate. She suffered only minor injuries but after the incident, we all tried to sit as far away from the stove as possible.

Yet this was the best school in the city. As it was located in a public building, it became very popular. It started admitting only the best applicants from primary schools. Proper classrooms in a public building provided an environment of rigor and discipline, often not available to students who were sitting cross-legged on carpets, taking notes in the suburbs of Prishtina. This kind of rigour inspired students like myself to find and read novels in Serbian so I could finish homework for literature class.

As a result, many of these former students of “Xhevdet Doda” managed to compete and get scholarships to study abroad in some of the best Western universities. Some came back to Kosovo to become leaders in their professions today.

Looking back, I cannot help feel the shock and horror of the extent to which Belgrade’s deliberate policy of removing Albanians from public schools damaged the quality of education in Kosovo. I was lucky to have attended a school that was able to uphold some education standards. Most of my peers were not.

The system that failed girls

With all the extraordinary organization that went into the parallel education system, many teachers and students started leaving school. Stark figures are cited in Tim Judah’s book, Kosovo: War and Revenge: compared to the 1989-90 school year, during 1995-96 there were 12 per cent fewer primary school students, 21 per cent fewer high school students and 50 per cent fewer university students. One part of this drop in students can be attributed to migration. The rest simply dropped out. These were mainly girls, my age or older, in rural areas, whose families did not think it safe for them to walk a few kilometers to school with the increased Serbian police patrols around their villages.

The 2011 census shows that two thirds of women ages 25 to 39 – women of school age in the 1990s – have only finished primary school or less. According to a 2008 study by UNICEF, illiteracy rates among this “lost generation” of women are three times higher than for men. 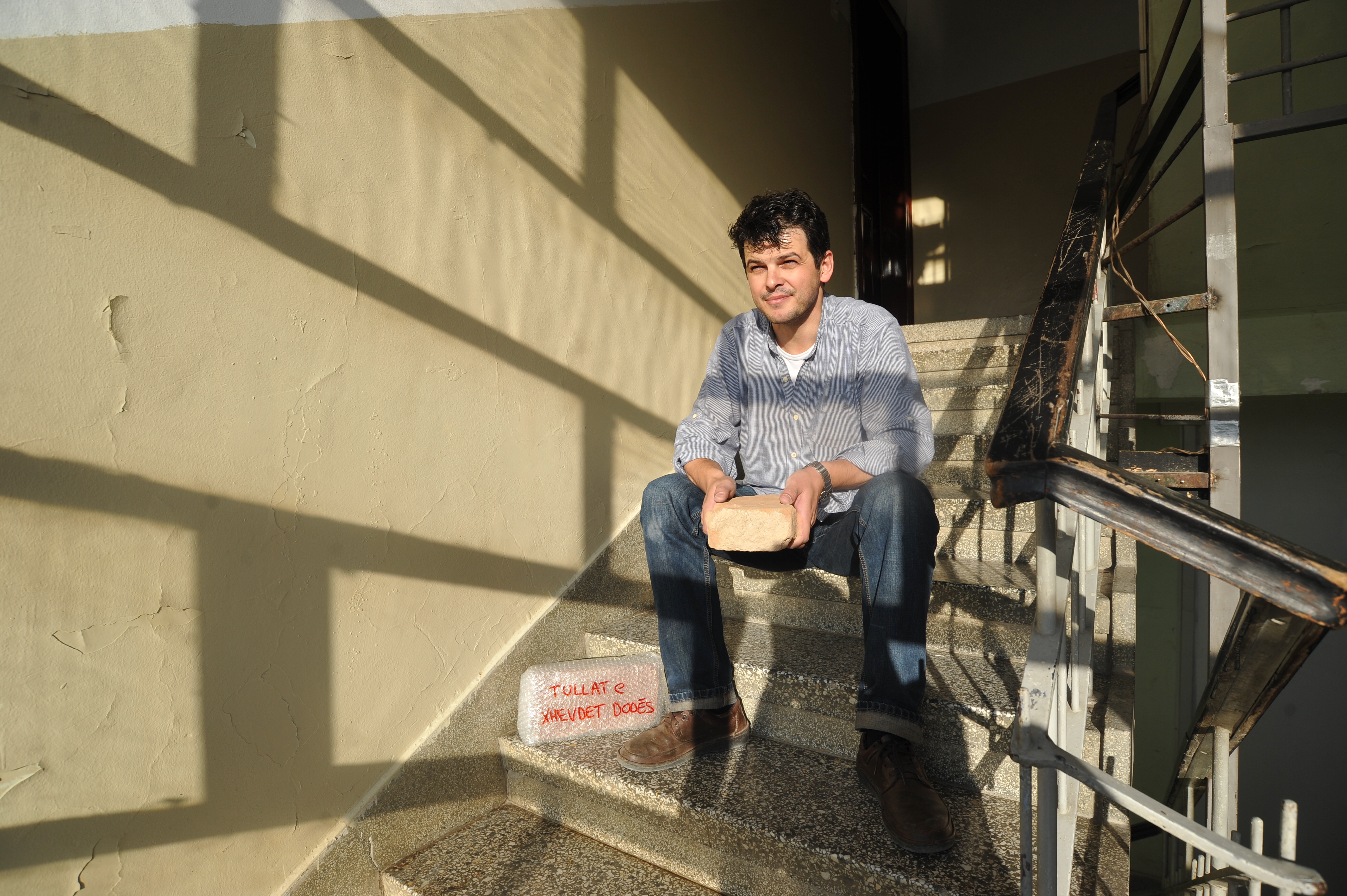 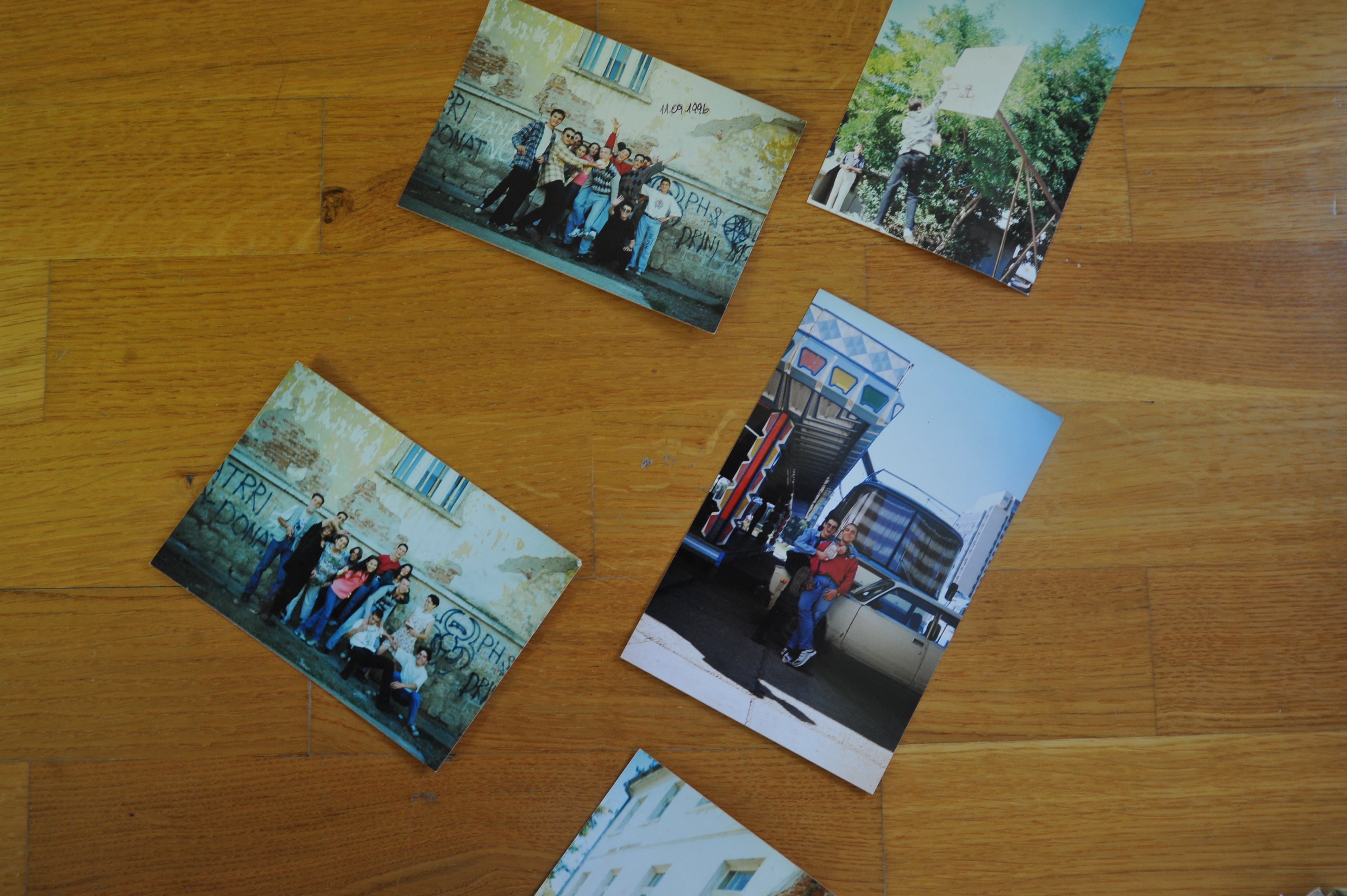 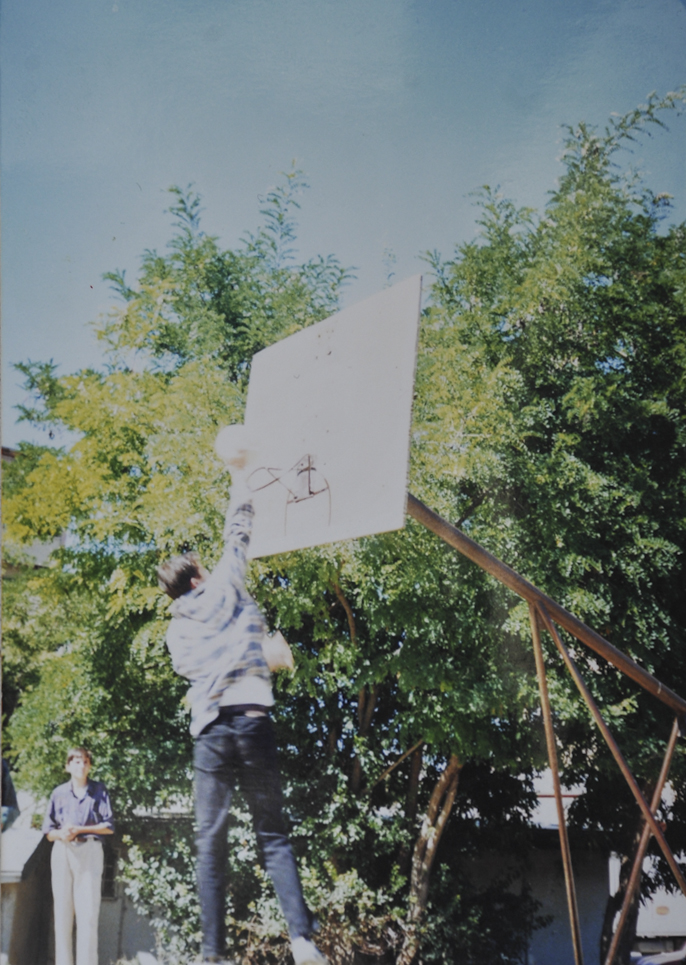 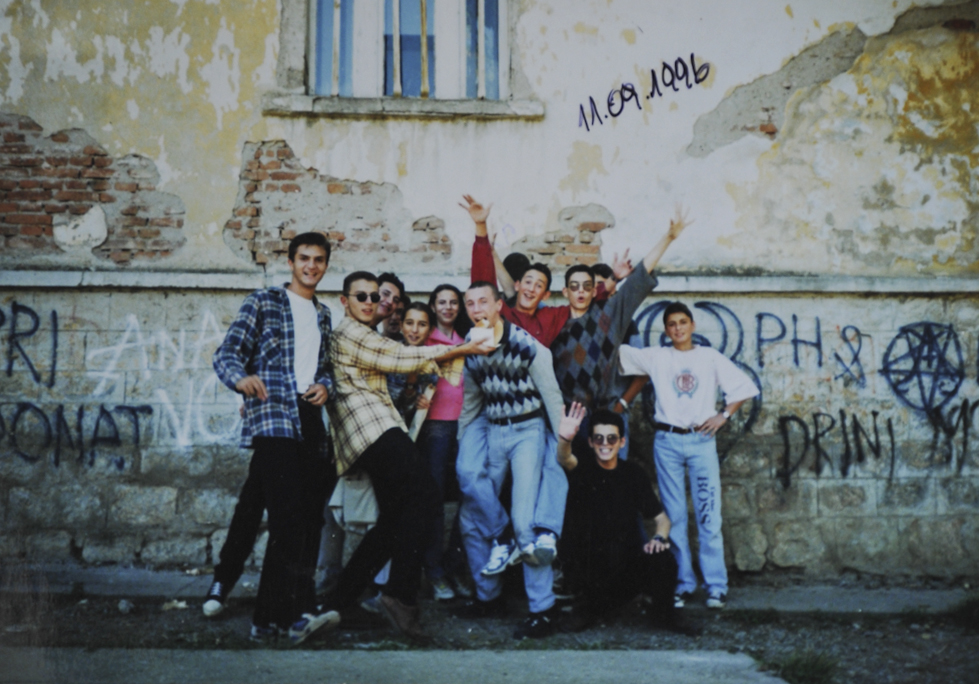 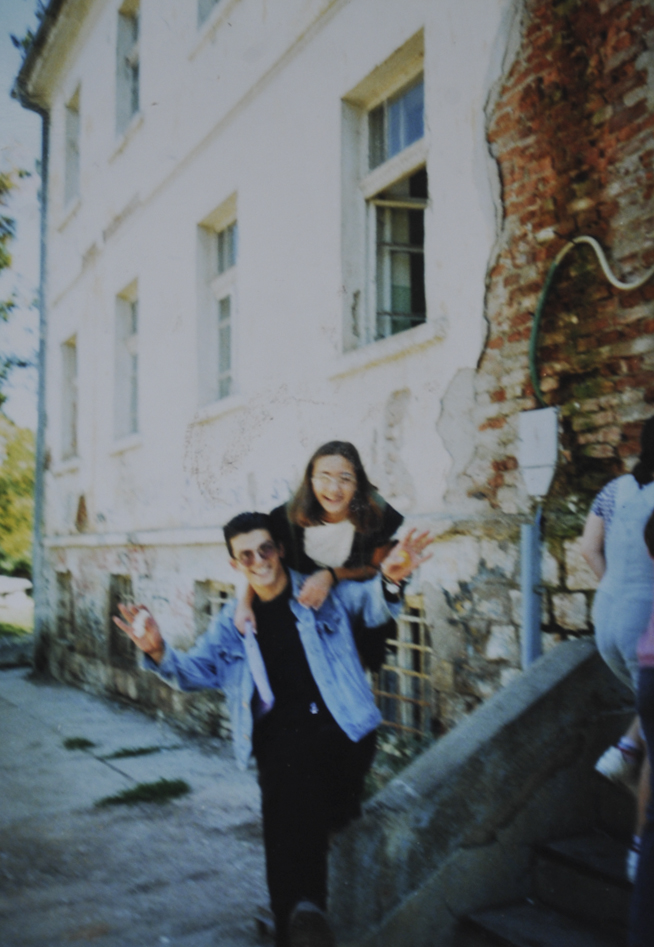 The parallel education system in Kosovo did more than just try to save Albanians from illiteracy. It was also the main vehicle through which Albanians were trying to bring to life the Republic they had declared. Almost everyone in Kosovo was involved in this state-building exercise: teachers, students, parents, as well as the many who contributed financially and offered their homes. Kosovo was organizing a parallel public education system and, essentially, a parallel state. As Judah explains, “politically speaking, the schools had a tremendous impact because school papers were all stamped as being issued by the ‘Republic of Kosovo’.”

Initially, Kosovo’s education system carried upon itself the peaceful resistance of Albanians and later on it also managed to expose the limits of that type of resistance and paved the way to a new chapter in Kosovo’s history.

In September 1996, with international mediation, a deal was struck between Kosovo’s leader Ibrahim Rugova and Serbia’s leader Slobodan Milosevic to allow Albanian students back in their school buildings. Milosevic however, did not hold up his end of the bargain and the new academic year found students in homeschools once again. 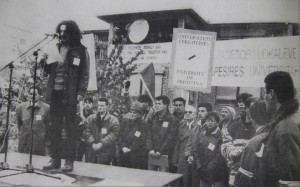 On October 1, 1997, University of Prishtina students organized the biggest protest of the decade, demanding the implementation of the agreement. The protest was violently quashed by the Serbian police that day, but it was re-organized in the days and months ahead. As a New York Times article from 1998 describes the event, “the date of Oct. 1, 1997, marked a sea change in Kosovo politics… after the smoke and gas had cleared, it was obvious that the mood of the Albanians had changed dramatically. The barrier of fear had been lowered.”

The protests would often pass by my school and I would sometimes leave early to join in. I remember feeling the change that was taking place. Something big was happening and my 15-year-old self wanted to be a part of it.

The student protest was clarifying a painful truth: the peaceful resistance had to come to an end.

The protests brought an end to the stability that had been achieved from 1991 to 1997. There was no political will in Belgrade to allow Albanians to live a normal life in Kosovo. The student protest was clarifying a painful truth: the peaceful resistance had to come to an end. It had helped Albanians survive all those years but it was not able to deliver them a better life within Yugoslavia.

At around the same time, the first armed groups appeared in Kosovo and started militarily challenging the Serbian state. They embarked on a battle to break free from a repressive regime and build the Republic of Kosovo, which up to that point existed only as a parallel governance system. The decade ended with the last of the brutal wars Serbia was to wage in Yugoslavia, which took its toll on Kosovo’s education system. A lot of schools were systematically destroyed and razed to the ground.

Today, 17 years later, most schools have been reconstructed and physical infrastructure recovered. However, the quality of the education system still suffers from the debilitating legacy of the 1990s.

by Naim Krasniqi
Next: Opinion