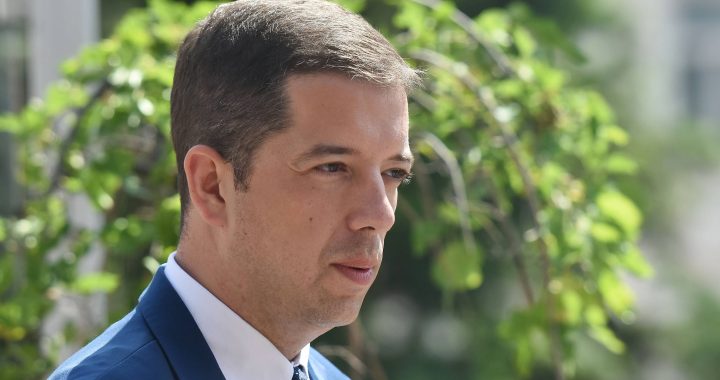 Djuric’s flippant statement about how he, like all Serbs, can travel freely to Schengen states, rubs salt in the wounds of Kosovo Serbs who clearly are not ‘like all Serbs.’

“The visa-free regime does not apply to bearers of passports of the Republic of Serbia, issued by the Ministry of Interior of Serbia – Coordination Directorate.” This sentence, found on the  webpage of Serbia’s Ministry of Interior, exists to clarify the fact that citizens of Serbia who reside in Kosovo cannot travel without a visa to those countries with which Serbia has a visa-free travel regime. In fact, if one wants to get information about whether one needs a visa in order to travel abroad, the Ministry of Interior has an extensive list of countries, all the necessary information about the country one is traveling to, as well as information about the visas — all online. This one sentence appears again and again, but it is nothing new. Kosovo Serbs have been aware for a long time that they are discriminated against by the country that claims the same people as its citizens.

In addition, it is an indisputable fact that increasingly more Serbs are actively trying to change their address of residence to locations in Serbia proper, for the obvious reason of obtaining the much-coveted passport that would allow them to travel without visas. This process, however, is not easy. The procedure takes months to complete, there are regular police checks, and people still get rejected in most cases since, naturally, they do not live at the Serbian address which they list.

If we forget for a moment that life in Kosovo has become impossible without Kosovo documents, the uselessness of Serbian papers is another reason why an increasingly large number of Serbs obtain Kosovo documents and use them more and more.

Although Kosovo Serbs have been aware for a long time that they are not treated “like all other Serbs,” when someone tells you this publicly, the feeling is anything but pleasant.

So when Marko Djuric, an official who claims to be fighting for the survival of Serbs in Kosovo  — even though he seems to be doing things which exclusively make the lives of Serbs even harder (let us think back to the illegal entry ) — and above all, is the head of ‘the Office for Kosovo and Metohija,’ makes a flippant statement, the feeling of discomfort turns into a scathing rage.

Responding to an invitation of the Kosovo President Hashim Thaci to apply for a Kosovo passport a couple of weeks ago, Djuric said that he does not need the passport of a fake country since he already possesses a Serbian passport “with which he can, as all citizens of Serbia, travel without a visa” to 119 countries across the globe. Since Kosovo Serbs are in no position to receive such a passport, this leads us to a simple conclusion: finally someone confirmed the obvious truth that Kosovo Serbs are not treated “like all the other citizens of Serbia.”

Do not misunderstand me, Kosovo Serbs do not find this to be a new development. They are used to being unable to travel abroad as they wish, and instead go to Prishtina for their visas; they are familiar with the fact that Serbian documents are worth less and less as time goes by, while the Kosovo documents are becoming a reality and an everyday necessity. These same Serbs, however, live with the illusion that the state of Serbia will finally do something to their advantage and not only purposefully cause tensions that endanger the day to day life of the Serb community in Kosovo. It is easy to justify such an illusion: when on one hand you have institutions of a state you consider your own, regardless of how harmful its actions are to you, and on the other hand you have institutions of a state which you never asked for – you will lean towards the one which you once trusted and which you somehow still consider your own. That is how the Kosovo Serbs simply choose to overlook the decisions and actions of the Serbian government, although they are, as I already said, mostly detrimental to the life of Serbs in Kosovo.

Marko Djuric’s statements can be read as a continuation of this. The rage that flushes your cheeks when you hear the head of the Kosovo Office remind you that you are not the same as all other citizens, however, does not last long. You already have gotten used to it.

Marko Djuric, doing the work he does, if nothing else, should be aware of the situation in which Kosovo Serbs live (or so would one hope). Hence, to say in the same interview that Kosovo is Serbia’s southern province, and then make a flippant statement about how “like all Serbs” you enjoy visa-free travel, is painful, if not a contradiction in terms. If Kosovo is a Serbian province, why are Kosovo Serbs are not treated like all Serb citizens? The answer is probably this: for a long time now, Kosovo has not been seen as important by Serbia. This appears to be clear to everyone but Marko Djuric.

Moreover, Djuric also said that this “fake passport [of the Kosovo state] is worthless.” Well, maybe for “all the other Serbs.” If we compare that passport to the Serbian ones issued to Kosovo Serbs, they are worth pretty much the same. In any case, Serbs from Kosovo have to go to the embassies in Prishtina and start the visa procedure. Nowadays, most of the embassies are asking for Kosovo-issued documents, such as birth certificates, and will not accept the ones issued by Serbia. So, even when Kosovo Serbs are using their special passports issued by the Coordination Directorate, they still need to have some Kosovar documents too. This, again, seems to be clear to everyone but Djuric.

Perhaps one should keep in mind: today, Kosovo Serbs mainly have Kosovo documents, since without these ‘fake documents’ they would not be able to function normally. They would not be able to open bank accounts, vote, as mentioned before, many embassies are asking for the birth certificates issued by Kosovo for the visa procedure and so on. It is true that ‘fake’ Kosovo passports do not come with the free pass to the Schengen zone, but at least the process of obtaining them is the same for everyone, no one is discriminated against and it has pretty the same value as the one issued by the Coordination Directorate. And yes, probably that is why we are not ‘like all other citizens of Serbia.’

The question remains if Marko Djuric is even aware of how life in Kosovo functions. Statements such as these point to the conclusion that either he does not know at all, or he is pretending not to know. If, however, he is aware, and allows himself to speak publicly like this while simultaneously persuading us he does nothing more but sacrifice himself for Kosovo, this is nothing but a gesture of disrespect towards those Serbs who still live in Kosovo.

Furthermore, Djuric keeps saying that Kosovo is part of Serbia, while at the same time letting us Kosovo Serbs know that we are not equal to the other Serbian citizens. As the head of Serbia’s office for Kosovo, Djuric, who made an official statement regarding Serbian citizens which obviously excludes Serbs living in Kosovo, just showed us once again where  Kosovo Serbs stand in relation to Serbia, and how Serbia actually sees them. We are not equals and clearly not like all the other Serbs. Through this, Djuric made any further connection of Kosovo Serbs to Serbia meaningless.