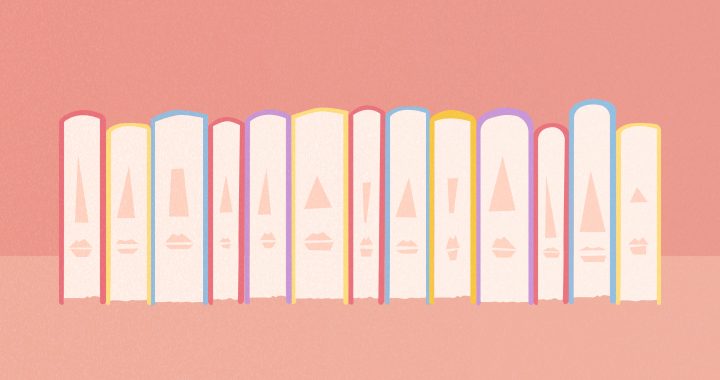 How literature makes us better people

Literature has the power to erase artificial boundaries and create deeper cultural connections between people, something that is imperative in the fragmented social landscape of the Balkans.

The municipal city of Neza in the northeastern outskirts of Mexico City is home to over 1.2 million people. For many years, this sprawling barriada was ravaged by a scourge of violent gangs, kidnappings, and a corrupt police force that at one point gave the community the unflattering honor of having the world’s highest crime rate. Grappling with the constant outbursts of violence in the streets, while struggling to fight corruption and keep motivated the poorly paid officers, became a demoralizing task for the city authorities. In 2006, Luis Sanchez, the city mayor, came up with an unlikely idea to improve the morale of the municipal police force: reading fiction. Sanchez came up with a list of books and distributed them to his police officers. The mix of novels included classics such as Miguel de Cervantes’s Don Quixote, Juan Rulfo’s 1955 incomparable novel, Pedro Paramo, Gabriel Garcia Marquez’s One Hundred Years of Solitude, and other books, including stories by American writer Edgar Allan Poe.

At first, this may seem like a flaky, if not absurd, way to deal with police corruption in one of the most violent places on earth, but Sanchez believed that to effectively defeat criminals and reduce corruption in law enforcement, officers needed to engage with literature. But how exactly would reading fiction help police officers do their job? First, it would improve vocabulary, which is critical because officers need to use proper language and communicate well in diffusing tension when dealing with criminals. Second, officers need to be open-minded, worldly, and have a sense of humor—and books expand the mind and loosen imagination. Finally, police work is extremely dangerous and demands a deeper evaluation of self in order to sacrifice and save strangers’ lives. Literature, Sanchez believed, gives us indirect access to this call of duty and strengthens our moral resolve to be in the service of community and those in need.

Sanchez’s idea—though intriguing and seemingly fanciful in a dismal environment such as that of Neza—is not entirely new or unique. The notion of using books, especially fiction, to counter unpleasant personal effects such as boredom, loneliness, depression, or build sympathy with strangers, has recently become a strong topic in several studies in scientific research from development psychology and  emotional growth to sociology and health. Bibliotherapy, defined as “the prescribing of fiction for life’s ailments,” has gone mainstream with book titles like, The Story Cure, and The Novel Cure, which organize fiction for children and adults in a wide range of topics such as adolescence, aging, friendship, love, boredom, and death, among others.

Using literature to fight life’s ailment, however, is as old as the written word itself. Bibliotherapy has roots as far back as ancient Egypt when libraries were sometimes called “clinics for the soul.” In ancient Greece, literature, together with philosophy, was a beloved pastime. Aristotle opened his discourse in Metaphysics with the idea that pursuit of knowledge is natural in humans and that acquaintance with arts is essential because “the artist knows the cause of things.” But nowhere was perhaps literature more venerated in public life than in China during the Tang dynasty that lasted between 7th and 10th centuries, CE. Generally regarded as the country’s golden age, the Tang period was a time when poetry became the most respected form of expression, communication, and creativity. So ingrained was literature into the Chinese culture that to serve in government an applicant had to be able to write poetry in order to pass the entrance examination. The best poets of the era, like Tu-Fu (712-770) and Li Po (701-762), were the equivalent of today’s most popular Hollywood stars.

Our modern idea that literature enlightens and makes us more ethical, however, is more recent, anchored in the big debates of the Enlightenment Age, during the 18th century, with leading thinkers such as Adam Smith, Johan Georg Sulzer, Friedrich Schiller, and Voltaire, among others. All of these thinkers believed that art and literature have a strong role in civic and moral education. Smith, for example, argued that government needed to encourage people to paint or write literature because that would help them dispel prejudice and superstition. Voltaire thought of art as psychological refinement against human proclivity for intolerance and violence, while Schiller went further to claim that political reform itself depended on the aesthetic education of people.

These debates coincided with the emergence of the novel as the mainstay of modern literature, which had a profound effect on spreading the notion of shared values and struggles with characters that populated the fictional worlds. In fact so powerful was the novel that, along with the newspaper, it has even been blamed to have played a significant role in the rise of nationalism. It was Benedict Anderson, in Imagined Communities, who argued that as a new medium the rise of the novel was responsible for creating a powerful sense of homogeneous communities stressing kinship, shared history and distinct cultural values. As literature progressed into the 19th century, passing from Romanticism to Realism and on to Naturalism, the novel was able to further perpetuate the illusion of a shared space and time with plausible characters that represented causes readers could identify with. It was during this time that the famous British novelist George Eliot wrote that “art is the nearest thing to life [and] a mode of amplifying our experience and extending our contact with our fellow-men beyond the bounds of our personal lot.”

The novel today is not bound by national or cultural borders, but extending contact with our fellow humans beyond our personal lot is still an ideal, despite the multitude forms of communication available to us. And it appears that nowhere in Europe is perhaps this human contact needed more than in the Balkans. It is critical for young Serbs, Albanians, Bosnians, Macedonians, and others, to read less political news and more literature from beyond immediate borders. Time and again literature has proven that it can build social and cultural bridges. I can attest to this with one small personal example. Some 10 or 11 years ago, I gifted an english copy of Ismail Kadare’s short tale, Doruntina, to an acquaintance from Serbia. After reading it, she came back and couldn’t stop talking about the book and wanted to read more from the author whom she’d never read before. She also wanted to know more about the the concept of  “besa,” which is at the heart of the story. Suddenly she said she wanted to visit Albania.

I’d always been eager to gift books, but since that enthusiastic reaction, I have given many books to friends and acquaintances from around the world and to this day gifting books remains a simple pleasure in life for me. Literature has the power to enter the fabric of time blending past and present in human experience and erasing artificial boundaries between people. Which is why we still relate to tales across millennia from strange lands and cultures. Like the myth of borders separating people in Ovid’s Metamorphoses, which is told as a story of human corruption, a story which angered gods who’d imagined that, like sunlight, all land and water was supposed to be home to all people. Literature is a bit like sunlight, it warms and brightens all those willing to step out of the shadows.