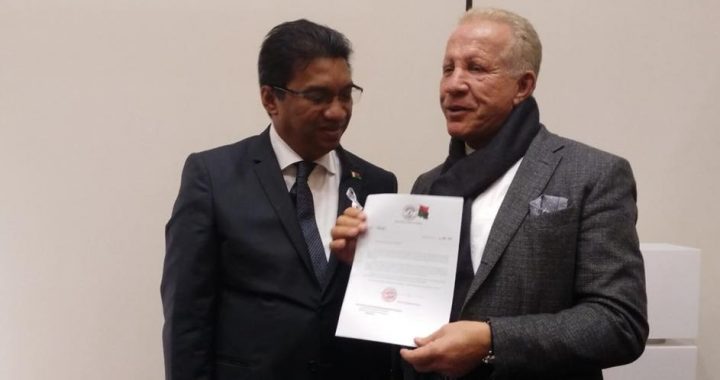 Kosovo’s Foreign Minister Behgjet Pacolli announced a new recognition from the African island country during a meeting of Francophone foreign ministers in Paris.

“I am sure this new stage will open up opportunities for our two countries to consolidate political, economic, and cultural cooperation,” Njaka’s letter reads.

Pacolli arrived in Paris yesterday for a meeting of the Council of Foreign Ministers of the International Organisation of La Francophonie in hopes to strengthen Kosovo’s relations with Francophone countries.

Madagascar’s recognition follows a meeting last month between Kosovo President Hashim Thaci and the Madagascar Senate Vice President Amido, when President Thaci asked for the country’s recognition and emphasized his interest for diplomatic cooperation between the two countries.