Members of Prishtina’s 90’s metal scene are passing the torch. Organizing the second edition of the Metal United Festival this Saturday, they are giving the stage to Prishtina’s young metal musicians, who want to widen the genre’s reach.

Kosovo’s second edition of the Metal United festival kicks off on Saturday night at the amphitheater in Germia Park. Two big headliners, Jericho and Eugent Bushpepa, will draw in a crowd, along with Sunchair, a band from Germany.

Also on the ticket are six young Kosovo bands that make up part of Pristhina’s heavy music scene. Metal United, an Australian-born festival that has spread to more than 30 different countries, is filling a gap for these bands in Kosovo, which has failed to make room for extreme or heavy music in the mainstream.

Artan Balaj, a musician in Kosovo’s 90’s metal scene and one of the organizers of the festival, explained that giving Kosovo’s small but diverse heavy music scene a space to perform is the festival’s biggest achievement.

“The bands playing this year are extremely good, but actually, none of them are typical metal bands,” said Balaj. “They all bring a nice mix of flavors to the heavy scene. There’s elements of alternative, punk, hard rock, death metal, we’re bringing it all together so that everyone who comes will find something for themselves.” 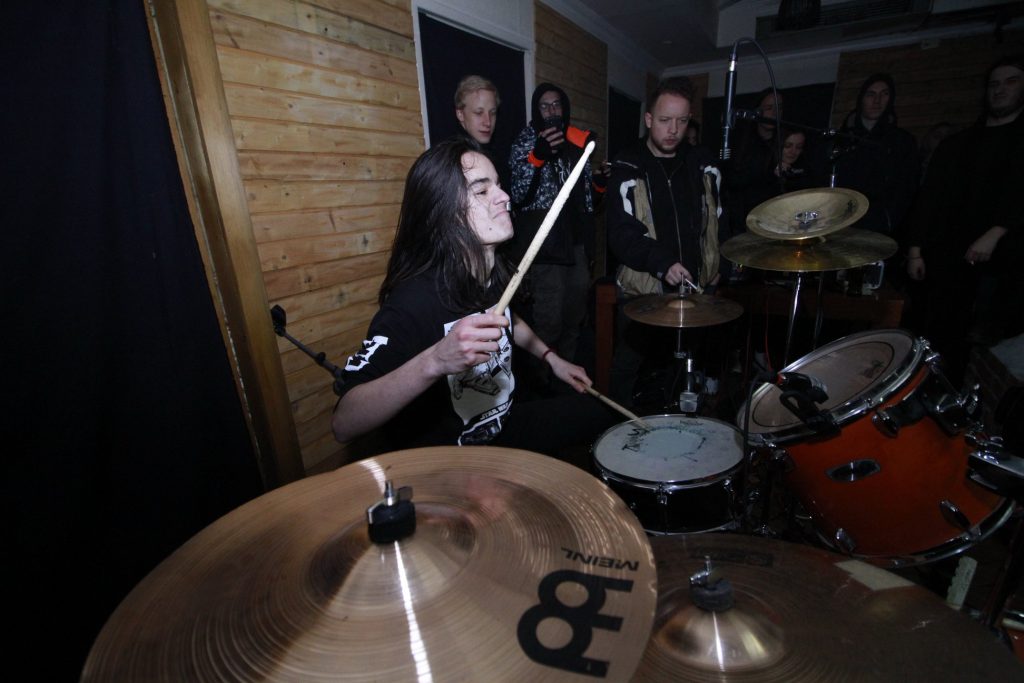 Robert Shala, Etrit Haxhiu, Violand Shabani and Lum Havolli will all be performing on Saturday. According to them, Metal United is the first step to reviving what was once one of Prishtina’s most exciting underground scenes.

“The festival can lead to a reincarnation of bands like us here,” said Lum Havolli, the drummer of Frisson.

Bands like theirs, and the organizers of Metal United, want to open Prishtina’s cultural life to more diverse styles of music. But with little mainstream interest in the genre, lack of visa-free travel and the large numbers of young musicians leaving Kosovo, opportunities to do so are getting smaller and smaller.

“Last year, the weather was terrible, but going in there was a real atmosphere of excitement, because bands like this had the chance to take the stage,” Etrit Haxhiu, the frontman of SOTAP, recalled about last year’s festival.

Usually, these bands play in random shops or basements, they said, and always with terrible acoustics. On Saturday, the bands have the chance to play using high quality equipment they otherwise would not have access to.

According to Balaj, the essence of the festival is to give the young audience and the musicians from rock and metal backgrounds a space to let new people hear what they have to offer.

“Most of the people in this scene know each other, it’s a bit of a closed circle,” said Balaj. “So the festival is for individuals who don’t belong to that circle yet, and want to know more about it. It’s an opportunity for those who are a little older and a little younger to see what’s going on.” 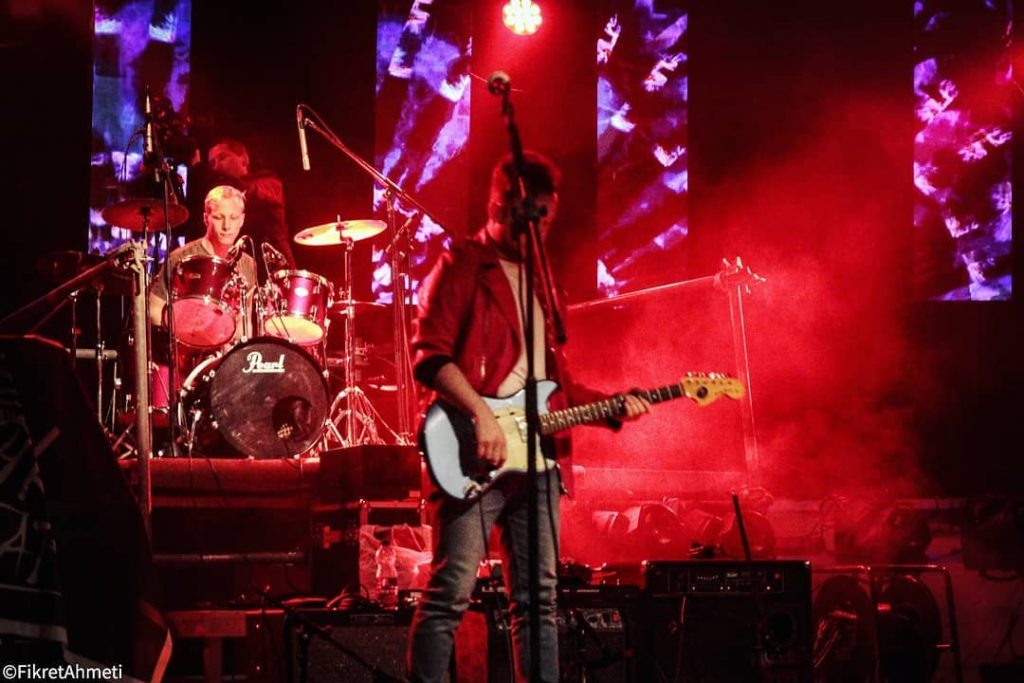 According to Haxhiu, the heavy scene has fragmented over the last two decades, with less venues willing to provide a space for the music.

“A couple of years ago there were a few places that everyone would go. But now those places have shut down, the people are splintered and it becomes harder to find the extreme community. This makes for a lot of strangers in the crowd,” said Haxhiu.

Havolli agreed, explaining that finding any venue has been a struggle.

“Most festivals in Kosovo won’t let us play, because they say the music is too heavy,” said Havolli, who will play the festival for the first time. “This year will be a new experience for us.”

According to Balaj and Violand Shabani, the drummer for Land of Confusion, playing in Prishtina 20 years ago was a different experience altogether.

“The 90’s were incredible for heavy music, we were very young, but we also had nothing,” said Balaj. “We had a few instruments, but many we just made on our own. There were no stores where you could buy equipment, so we would make drums by taking big barrels and stretching plastic sheets used to take X-rays over the top, we’d make pedals from blocks of wood, and if we needed strings we’d have to wait until someone we knew was going to Germany.”

Shabani, who was part of the band Troja before joining Land of Confusion, recalls a similar story.

“When I was young, asking for a drum kit was like asking your parents to buy a villa in the south of France,” said Shabani. “I always remember after NATO troops entered Kosovo, they came into my garden and laughed at my drum kit, which was made from washing machine parts. It didn’t look like a drum kit, but it sure sounded like one.” The 90’s were a time of political upheaval, he said, and this was one of the main reasons that heavy metal was so popular. But when trying to play, there were problems every step of the way.

“We had to be careful, if the police found us then we would get beaten up,” Balaj recalled. “If we tried to play in Skopje, normally the police would never let us through, but we knew that one of the policemen at the border used to be a musician. He’d see us in the car with all our instruments, joke around with us and then let us through, even if we didn’t have the right documents.”

The problems that musicians in Prishtina face now are completely different, said Shabani.

“People use studios more, they record their music and put it online. That’s the priority. Before, it was just finding somewhere to play and inviting everyone on the weekend. People forget what bands actually exist for, the performances,” he said. “The best thing about Metal United and the organizers is that they are doing it for fun.”

According to Haxhiu, while people may initially come for the concert, it’s not the music they stay for, but the community around it.

“What the scene is actually like can come as a shock to people,” he said. “There’s a sense that people take drugs, fight and worship satan, but in reality, it’s warm and happy.”

“People are scared to join the scene because of their own prejudices,” he continued. “After one conversation they’ll see that we’re just people making music.”

According to Robert Shala, the guitarist in SOTAP, the metal scene draws in those happier wandering outside their social comfort zone.

“Just like the scene in Prishtina in the 90’s, people who lean towards questioning authority find more connection with this kind of music than they would tallava, for example,” he said. “Metal musicians traditionally have a meaningful philosophy behind what they play, and this resonates more with some people than songs about cars and money.”

The bands have aspirations beyond Kosovo as well. However, not a single band they know is touring outside of the country, and every member of the community has a full time job on top of playing. According to them, developing the heavy scene commercially would be nigh on impossible.

“You just have to accept that you do it for the love of music and not much else,” said Haxhiu.

A disportionate number of members of the heavy scene have moved out of Kosovo to seek better opportunities, they said, which has negatively affected the development of the genre.

“Many who are the type of people that would listen to heavy metal have left for social and economic reasons,” he continued. “It happened to our drummer, and I’m pretty sure every band here has a similar story.”

Back in 2010, Shabani and others organized a concert protesting the isolation of Kosovo. “We have so many good artists here that will never get a proper chance to perform because of tickets and visa requirements,” he said. 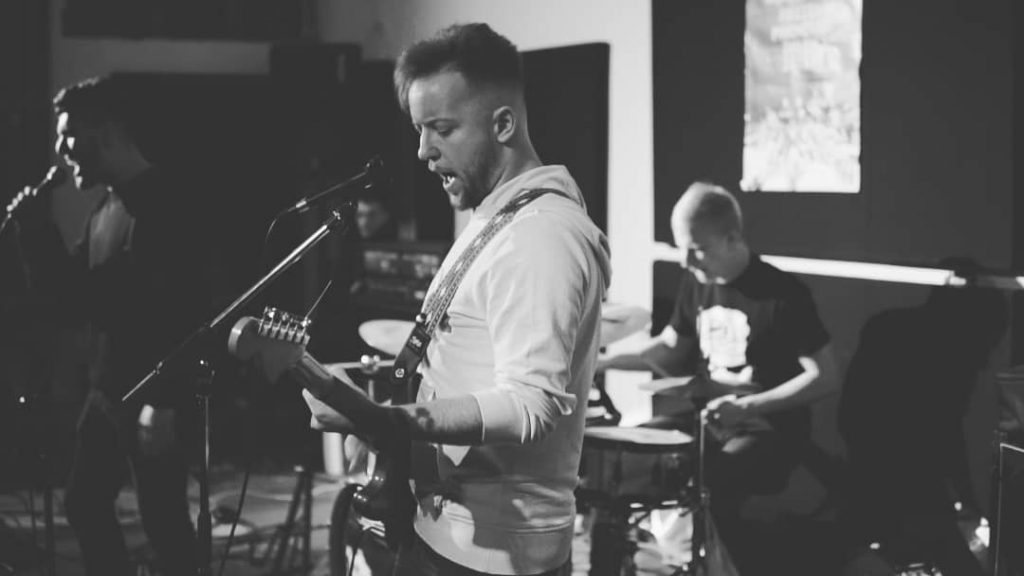 According to Shala, people forget that visa liberalization is not about visiting family abroad, it is for artists to be able to spread cultural activity.

“It works both ways too, there’s a huge knowledge gap about Kosovo, Prishtina and extreme music here,” he continued. “People’s minds are blown when they find out it even exists. This isolation only adds to the neighborhood’s skepticism about Kosovo, and them seeing us as exotic.”

The more this continues, he said, the more distant we become.

“Kosovo has one of the strongest pro-west mentalities, but this isn’t going to last when you see that people are being treated like outsiders.”

‘To survive, we need to grow’

Combating this continued isolation is easy, they said, and all it will take is giving artists in Kosovo what they have been asking for constantly in the last decade.

“We need a proper cultural venue, a multifunctional concert hall that everyone can use,” said Shabani. “People are hungry for music, culture, everything that we don’t have.”

Being unable to travel visa-free in Europe makes touring impossible, they said, and while things look to improve in the near future, this still leaves many bands stuck.

“Unfortunately, it’s our fate to be living in this transition period,” said Shala. “On the other hand, for bands to be successful, festivals like Metal United can be incredible. We can use this as a testament to prove that metal can be consolidated and commercialized, that it can sustain itself professionally.”

“The more we get to play, the more we expose people to our kind of music,” said Haxhiu. “I remember this place in Pejton would always call us to perform, because they knew that if we were playing, we would bring a crowd of two hundred people with us. We need this momentum back.”

Next year, the bands themselves could be the initiators, said Shala.

“In the past, the metal scene has been afraid of commercialism, but to survive it needs to grow, it needs to learn how to sustain itself,” he said. “Metal United is a signal of this growth beginning.”

Metal United kicks off at 17:00 on Saturday at the Amphitheater next to the swimming pool in Germia Park. Tickets are available on the door at eight euros per person. 30 per cent of the proceeds made at the festival will be donated to the charity Cure2Children. For more information about the festival, click here to visit the Facebook event.