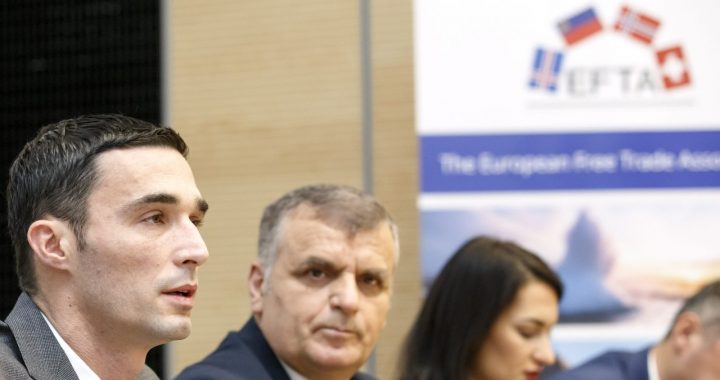 The Association of Kosovo Journalists on Wednesday called on the Kosovo justice system to treat attacks on journalists as a priority, after one reporter claimed that the outgoing trade minister, Endrit Shala, assaulted him in hospital.

The Association of Kosovo Journalists, AJK, condemned an attack on journalist Ensar Ramadani on Wednesday after he claimed the outgoing  trade minister, Endrit Shala, assaulted him at a hospital.

The union condemned the attack on Ramadani, a journalist at IndexOnline news portal, calling on “police, the prosecution and the entire justice system to treat journalists’ cases as a priority.”

“The AJK condemns this attack and any other verbal and physical attacks by politicians and institutions,” a press release on Wednesday said.

Besim Kelmendi, coordinator of the Office of the Chief State Prosecutor for handling threats and attacks on journalists, told BIRN that he had been informed that a case has been opened at the Basic Prosecution in Prishtina “in connection with the case.”

Police said the assault happened on Tuesday evening when Ramadani was visiting the University Clinical Center, UCCK, for a story on a gun attack that had taken place earlier that evening.

He said he ended up in a dispute with Shala, who was also at the center to see Luan Maloku, a member of the Social Democratic Initiative, NISMA, who according to police reports was being treated after being shot in a dispute earlier that evening in Prishtina, for which they had arrested a suspect.

Ramadani alleges that Shala demanded he hand over his phone, and that when the reporter refused, he punched him.

BIRN tried to contact Shala, but he did not reply by the time of publication. However, he denied the allegations to the local media platform Insajderi, saying: “You write the news, so why are you calling me? It is not worth calling me for these lies.”

Meanwhile, a NISMA member of the Skenderaj municipal assembly, Beqir Veliu, downplayed the attack, claiming on Facebook that “a punch is very little,” and arguing that the journalist probably deserved worse.

The alleged attack took place after a group of civil society organizations in Kosovo showed support on Monday for media organizations in Albania who are demanding that the Albanian government of Edi Rama withdraw a controversial package of ‘anti-defamation’ laws. Both civil society and international watchdogs claim it will threaten freedom of speech.

Physical attacks on journalists in Kosovo are common. AJK registered 13 cases of threats or attacks made against journalist between January and September 2018. Up until 2018, around 181 assaults and threats were reported to the police, of which 51 were resolved by prosecutions. There are no such statistics on cases resolved in court.