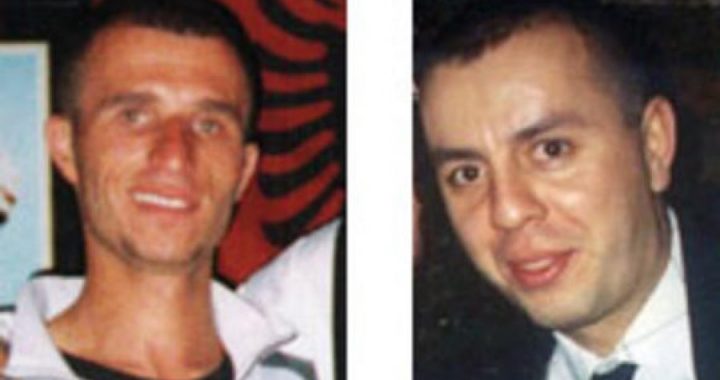 Minister of Justice Albulena Haxhiu has written to her counterpart in Romania asking to be informed about legal proceedings involving Romanian police officers suspected of killing two demonstrators at a 2007 protest organised by Vetevendosje.

Kosovo’s Justice Minister Albulena Haxhiu sent a letter to Romania’s Ministry of Justice on Thursday requesting information on “the proceedings before the Romanian judicial authorities regarding the protest of February 10, 2007 in Prishtina, Kosovo.”

The protest referred to saw two demonstrators, Mon Balaj and Arben Xheladini, killed. It was held to oppose UN plans on the future status of Kosovo, and was organized by Haxhiu’s political party Vetevendosje, which then operated as a protest movement.

According to a statement made by Amnesty International on the tenth anniversary of their deaths in February 2017, Balaj and Xheladini were killed after members of a Romanian police unit, acting under the United Nations Mission in Kosovo, UNMIK, fired rubber bullets at demonstrators.

“The rubber bullets were out-of-date (the rubber had perished, revealing the steel ball beneath) and were fired directly at demonstrators by some of the 10 members of the Romanian police,” the statement reads.

Amnesty also stated that an internal investigation by UNMIK in 2007 established that Balaj and Xheladini were killed through the use of rubber bullets, but failed to identify those responsible and hold them to account, while an investigation held by a military prosecutor in Romania was closed in 2009 without identifying the perpetrators.

Addressing the Romanian Ministry of Justice on Thursday, Haxhiu stated that: “The persons suspected of killing the aforementioned persons were police officers of Romanian citizenship, part of the United Nation Mission in Kosovo.”

According to the letter, in 2009 the District Court in Prishtina approved a request from the Romanian Ministry of Justice to “send the materials and evidence necessary for the prosecution of suspected police officers before the military sector of the High Court of Cassation and Justice’s Investigation Office in Romania.”

The Minister of Justice then asks to be informed on the progress of the aforementioned proceedings, or “whether such proceedings have been completed by a final judgement.”

No redress for families

Amnesty state that the families of Balaj and Xheladini, together with two seriously other injured men, were initially offered compensation through an internal UN procedure in 2009, but no other forms of reparation have been offered to the survivors and families of the deceased.

Relatives of Balaj and Xheladini, and two others injured in the protest, complained to the Human Rights Advisory Panel, HRAP, which was established in 2006 to examine complaints from any person or group of individuals claiming to be the victim of a human rights violation by UNMIK.

In March 2015, the HRAP said that UNMIK had failed to protect the right to life of the victims, both in causing the deaths and injuries, and in failing to conduct an effective investigation into them.

“The Panel considered that in this case the forceful intervention of the police officers was disproportionate and not necessary in a democratic society,” a 2016 HRAP report stated.

The 49-page report also stated that because UNMIK had failed to follow the panel’s recommendations, “the process has obtained no redress for the complainants.”

“As such, they have been victimised twice by UNMIK: by the original human rights violations committed against them and again by putting their hope and trust into this process,” it said, adding that the panel’s attempts to get UNMIK to comply with its rulings, which were not legally binding, had been “a total failure.”