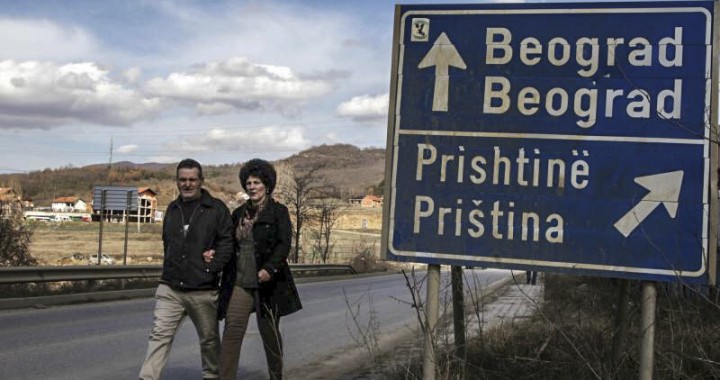 ‘No rush’ recommended in the Kosovo-Serbia dialogue

Analysts call for an examination of the whole seven year process of the dialogue between Kosovo and Serbia, and a wider political discussion on Kosovo’s red lines.

Although the results of October 6’s parliamentary elections have not yet been certified, restarting the dialogue with Serbia has already become a pressing topic for the incoming Kosovo government.

Richard Grenell, a newly appointed US ‘special envoy’ for the dialogue between Kosovo and Serbia paid a visit to Prishtina last week, holding a meeting with both Kosovo President Hashim Thaci and Vetevendosje leader Albin Kurti, whose party are placed first in preliminary elections results and are likely to form a major part of the next government, with Kurti potentially as prime minister.

Grenell, who is also the US ambassador to Germany, was appointed in September, though no clear details were revealed on his prerogatives, his mandate, or whether he will be under the auspices of the European Union, which has led the dialogue since 2011.

After the meeting, Kurti thanked Grenell for his visit, while adding that a good solution was better than a quick solution. “I thanked Mr. Grenell for continued #US support to #Kosova in war & peace time,” Kurti tweeted. “Regarding dialogue between Kosova & Serbia I said that the content is more important than deadlines.”

Behlul Beqaj, a professor of Political Science at the University of Prishtina, echoed such ideas but also emphasized that it is obvious that the international community has a strong desire to resolve the long standing dispute. He also insisted on the need to conduct a wide analysis of all agreements that have been signed since 2011 in the EU mediated dialogue.

For Beqaj, the fact that in the past seven years the normalization of relations between Kosovo and Serbia could not be achieved shows that serious problems have occurred in the process and it is ‘illogical’ to rush to seal an agreement without examining the process.

Violeta Haxholli, a researcher at the Kosovo Democratic Institute, KDI, believes that no pressure should be applied to the formation of the new government over the dialogue.

However, she added that any incoming government is likely to face an immediate demand from both Serbia and the international community: to remove the 100 per cent tariff applied to all Serb products arriving in Kosovo, imposed in November 2018 by the previous government. Serbia have conditioned the continuation of the dialogue with the removal of the tariff.

Haxholli also insisted on the need to review the agreements that have been signed in the dialogue thus far. However, along with examining the agreements made with Serbia, she believes that a second step should also follow.

“The next government should lead a wider debate with the whole political spectrum on Kosovo’s approach with Serbia; Kosovo’s key demands, red lines that should not be crossed in this process,” the researcher explained.

For Beqaj, Kosovo’s red lines should include the rejection of ideas around border changes, which according to him, created a reluctance among the Kosovo public to seal a quick agreement with Serbia. “You cannot enter into an adventure to lose part of your territory,” he said.