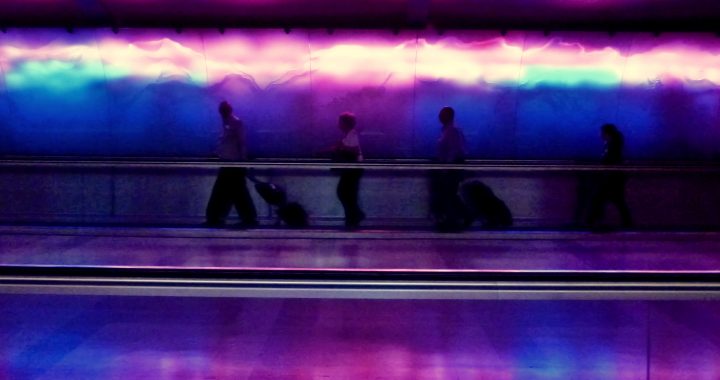 How not to talk to diaspora

Kosovo’s diaspora is no longer made of just labor migrants, but is a diverse community of professionals, intellectuals, and entrepreneurs strongly integrated in their host countries. The Kosovo government should learn to treat them as such.

Many years ago, fresh out of college, I moved to Washington D.C. and one of the odd jobs I did was to translate for certain Kosovo delegations in meetings with various American officials in the U.S. Congress, federal agencies, and other organizations. Looking back, it strikes me as a strange experience, not least because I’d often endure abuse such as when once a senior Kosovo official told me, as I introduced myself to him, that I had a terrible stutter. I had barely said a dozen words before he diagnosed me with a speech disorder. I joked pathetically that King George VI of Britain had also stammered in his speech. The official went on digging with his toothpick in his mouth, sucking teeth and making hissing sounds.

I followed these delegations like a dedicated servant and did my best to turn their words and their untranslatable jokes into English. Often I had to rescue a conversation and reword certain cultural remarks that forced awkward laughs and puzzling stares across the table. Though I mostly did it without pay, I took these assignments seriously and never questioned my personal motive. The minister or the advisor—whoever they happened to be—didn’t have to thank me (sometimes they did), but I didn’t even seem to mind a certain amount of abuse. “You owe it to your country,” I’d often hear them say. I swallowed the line without questioning it, but over the years I became more confused over its actual meaning.

Leaving aside the strange notion that one owes something to his or her country by the sole virtue of having been born there, Kosovars have a peculiar concept of patriotism, which influences how the country’s politicians and diplomats see and think about their diaspora. At its most basic, the concept denotes a form of tribal homogeneity that cancels the possibility that a Kosovar in diaspora could be an anonymous emigrant in search of a new life, a professional with narrow personal or family interests, or a member of the global community with only a vague interest in the goings-on in his or her country of birth. In this prevailing perspective, which gets reinforced by politicians, a person who was born in Kosovo (or one who has some sort of connection to the place) will forever be morally obliged, and bear intrinsic loyalties, to the tribe called Kosovo, regardless if that person has long ago cut the tribal ties and has metamorphosed into a global citizen, like hundreds of millions of rootless individuals.

Besides owing to more complex idiosyncratic characteristics related to Kosovo’s tight-knit society, this handicapped perspective on diaspora is partly explained by recent history. Much of that history is anchored in the 1990s when Kosovo migrant workers had forged a deeper and more emotionally powerful bondage with their country, rallying against a common external enemy. A typical Kosovo migrant worker at the time, unskilled and uneducated, toiled in some foreign land and then handed over the fruits of that work to extended family back in the homeland. A substantial fraction of that income went to national causes spearheaded by shadow governments with exiled self-appointed leaders who harvested the patriotic gullibility and  the hard-earned cash of diaspora to both enrich themselves and run the country. It is from those dark years that Kosovo’s leaders learned to exploit migrants’ national sentiment and treat them as credulous patriots with cash, courting them with schmaltzy appeals about the homeland and national ideals of duty.

This demeaning treatment continues even today, despite the fact that Kosovo’s diaspora has undergone serious changes and become more heterogeneous with deep pockets of educated and sophisticated Kosovars in every major country where they live. While once their contribution consisted mostly of cash, their capital now is more varied and deeper, which the typical Kosovo government official fails to grasp. A recent example may illustrate this point. Last month, Kosovo’s Minister of Diaspora visited Washington, D.C., and in an email sent on his behalf via Kosovo’s embassy, he wished to meet members of the Albanian D.C. community. But like an afterthought, the email informed the community of the minister’s generous offer that despite the busy schedule, he was willing to meet with anyone who wanted to show up on the short notice. It hardly mattered that those willing to do so had only hours to scramble and reorganize their days. This is not to single out any individual because the visit may have been of a private nature, but it still demonstrates the sloppiness and arrogance of how the Kosovo government talks with its diaspora. Short notices, last minute rescheduling, inconvenient venues and times, vague posturing—all of these signal an abiding lack of proper respect for the community. Beyond that, one might wonder, what else could the Minister of Diaspora be doing that he couldn’t make time to make proper arrangements to meet with his prime constituency.

The government may not be aware, but the Albanian community in Washington, D.C., though relatively small, has the densest concentration of young professionals anywhere in North America. They can be found working in the U.S. Congress along senators, federal agencies and international organizations, where they manage multimillion dollar projects and act as advisors for heads of state and big firms in America and around the world. They have been educated at the best universities, have integrated, created families, won reputation and respect. This is not a typical working class diaspora community with only hard cash to offer— something that still persists in the imagination of Kosovo’s government. They have global experience, technical expertise, intellectual sophistication, and deep social and business connections. Not one of these people needs Kosovo, but Kosovo may need every single one of them.

It is time for Kosovo government representatives to learn that behaving like royalty before the diaspora doesn’t win them respect, but it makes them look like arrogant ignoramuses. Kosovo officials should think of themselves as public servants, and show humility, respect, and prudence in communication. Otherwise, they will not be taken seriously where it matters most. For the critical thing to understand here is that it’s not what the Kosovo government does—creating a ministry, setting up a website, throwing some party in the summer, etc.—it’s how they think of and respect a changing diaspora that matters. Many Kosovars have spent decades in the West and their lives are more entangled there than in Kosovo. Diaspora has changed. They want recognition, not meaningless flattery. Continuing to appeal to that empty notion of national sentiment and treating them like cash machines and the gullible patriots they no longer are is disrespectful and counterproductive.