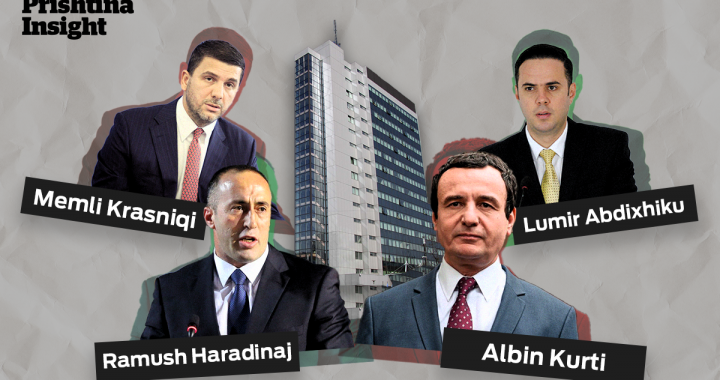 After PM Albin Kurti met opposition leaders to discuss the situation in the North, they requested a concrete plan from the government and better coordination with international allies.

Following the withdrawal of Serbs from institutions in the North, Kosovo opposition leaders held a meeting with PM Albin Kurti on Monday.

The three leaders of the main opposition parties expressed concern that Kurti is damaging relations with international allies, and over the lack of a concrete plan to act in this situation. Kurti denied these claims.

Kurti told the media he considered the meeting positive,”very good, informative about the political and security situation, with open and serious conversation; my impression is that the opposition leaders are more discontented rather than dissenting.”

Regarding LDK leader Lumir Abdixhiku’s remarks, Kurti told a press conference that it is not true they did not know which way they were going.

Abdixhiku said after the meeting that Kurti did not present a concrete plan to get out of the situation.

PDK leader Memli Krasniqi said after the meeting that he came out not sure that the government knew what path it had taken and how it would get out of the situation.

But Kurti said that they were on the path of legality, constitutionality, freedom and human rights, which was done in accordance with their mandate, the will of the people, and in coordination with allies.

There is no violation of relations with allies but a density of communication and coordination, added Kurti.

Memli Krasniqi said he could not say what the government should do today to bring back normalcy, but added that we have a new situation that could have been avoided.

AAK chief Ramush Haradinaj left the meeting, where he did not even stay for 20 minutes.

Haradinaj later wrote on Facebook that he was forced to quit the meeting, since, according to him, “Kurti was giving lectures and did not explain to us why he broke relations with America and why he was not coming back to fulfill their [US] requests”.

Meanwhile, the security situation in the country, including the North, was calm, Interior Minister Xhelal Sveçla told the media on Monday.

KFOR is monitoring the situation in the North with helicopters, according to information from the BIRN team in the North.

“Spoke to [Serbian President] Aleksandar Vucic  and Albin Kurti about the tense situation in northern Kosovo. I urged both to refrain from any unilateral action that can trigger escalation. Dialogue is the only way forward. NATO-KFOR remains vigilant,” wrote NATO Secretary General Jens Stoltenberg on Twitter.

KFOR told BIRN it is essential to continue the dialogue between Kosovo and Serbia, for the sake of security in Kosovo and stability in the region.

Of the 578 resignations offered by Serbian officials in the north of Kosovo, 461 are from law enforcement officers, 107 from the border police and 10 from the investigation.

Kosovo Police announced that the capacities of police officers in the North will gradually increase.

The resignations follow the suspension of Nenad Djuric as director of the Kosovo Police in the North following his refusal to follow government orders and issue reprimands for drivers of cars with illegal Serbian license plates.

The resignations came after a meeting in the town of Zvecan organised by the Belgrade-backed Kosovo Serb party Srpska Lista.

The government decided last week to postpone implementation of the decision to make drivers with vehicle license plates issued by Serbia change them for Kosovo plates from November 1.

Drivers continuing to use Serbian plates will initially be reprimanded, then fined, then forced to attach probationary plates to their cars.

There will now be a phased implementation of the change to Kosovo plates which will continue until April 21 next year.