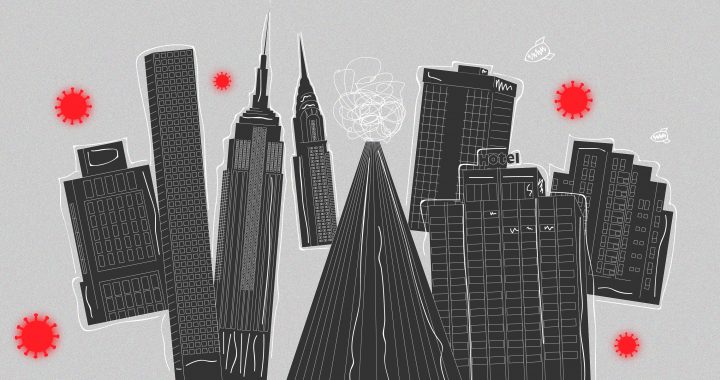 Reflections on trauma, isolation, and past pandemics.

In the second week of March, when it became obvious that the coronavirus would seriously disrupt life in America, I drove one day from our home in Washington DC to New York City to pick up some personal belongings from the apartment I’d been living in part-time since last August. Interstate 95, the nation’s busiest highway between Washington and Boston, was half-empty – or so it looked to me during the anxiety-ridden afternoon hours I spent in the car. There was a fast-moving pandemic descending on the country that should have explained away the unsettling thoughts that bothered me, and yet there seemed to be more to it.

Somehow it all felt familiar: the spreading despondency, the anguish and the bleak awareness of the impending disaster. Even the weather – a lukewarm day with shifting clouds – looked like a replica of a dreadful March afternoon in 1999 during the Kosovo war, when the Serbian army was shelling Albanian towns and villages across the country. Many Kosovars have painful memories of that month. Before NATO began its bombing campaign against Yugoslav and Serbian military targets on March 24 of that year, people in Kosovo lived in a sort of suspended time. There is no visible army invading American towns and cities today – and yet, the palpable sense of doom I felt during the March of 1999 in Kosovo is no different from what America feels like this month.

“The Atlantic [Ocean],” Henry Thoreau once wrote “is a Lethean stream in our passage over which we have an opportunity to forget the Old World.” In Greek mythology, Lethe is the river of forgetfulness in the underworld, a symbol of oblivion. Those who pass through Lethean waters forget their past. The endless flow of traumatized Europeans crossing the Atlantic in the great immigration wave during 19th century America was in Thoreau’s mind when he wrote about the darkness and trauma of the Old World.

But it’s never so easy to forget. Since Thoreau’s times, we have learned that trauma knows no borders; it often feeds on the passage of time, festering deep inside us. Sometimes it mutates, like a virus, to fit a new environment, a new story, a new age. As the novelist Tim O’Brien said: “You can tell a true war story by the way it never seems to end.” The same can be said about a major trauma.

When I arrived in New York that evening I went out for drinks with a couple of friends from Columbia University. We talked about the coronavirus and the sad fact that all academic instruction was moving online for the rest of the year and that the campus was almost empty. And yet in that conversation the threat from the virus somehow sounded a bit distant and hollow. The anxiety it caused was clothed in a weak profundity. It lacked the alarming properties that afflict those who have lived through a psychological calamity; the knot that forms in one’s throat when trying to articulate the confusion, the simultaneous difference and familiarity of a traumatic experience, regardless of context, time and place.

I returned to my apartment and slept poorly that night. Early next morning, when it was still dark, I loaded my things into the car trunk and took the George Washington Bridge out of Manhattan. I drove fast and frantically as if fleeing a raging cataclysmic event. Since then the city has become the epicenter of the pandemic with cases of coronavirus patients doubling everyday. Someone I know wrote to me recently that his lifetime partner had been infected with the virus and was fighting for his life in a hospital in New York.

But there was another aspect of this experience that had nothing to do with personal trauma. On my drive home to DC, I thought about the history of infectious diseases, which I had recently learned from reading Sonia Shah’s book, Pandemic: Tracking Contagions, from Cholera to Ebola and Beyond. The part of the story that remained with me from Shah’s book was the government abuse of public trust, and unfettered capitalism during pandemics. Abuse of power is never a surprise, but such callous acts of cruelty that put commercial interests before public health is what has largely defined government response to contagions down to this day.

In the case of cholera outbreaks in New York, such as that of 1832, the government often and deliberately misled the public. It aligned itself with profit-seeking companies, including water corporations, to distribute excreta-infested drinking water to residents. Corrupted officials dismissed quarantines as old fashioned and silenced health officials who dealt with the deluge of patients.

The first crisis of 1832 was wasted and forgotten. The disease returned to New York in 1849.  Again, those who could afford to or had a place to go outside the city left as soon as panic hit the streets. That usually meant the rich and the well-connected. It was the immigrants and the poor crammed in the slums who were devastated during the outbreak. Many Irish immigrants who had escaped mass starvation during the “Potato Famine” in Ireland, ended up in the notorious “Five Points” neighborhood, which became ground zero during the cholera crisis.

Then, as now, politicians pointed fingers, panicked, lied, bickered, but ultimately failed to contain the disease. The outbreak reached uncontrollable levels in the summer. Dead bodies were often left to decompose in the open. The then U.S. president Zachary Taylor – exactly like Donald Trump two weeks ago – called for “a national day of prayer.” When it was all over, more than 5,000 people had died. Most of the victims came from the tenements in “Five Points” where, thanks to predatory and greedy real estate developers, living conditions were horrific. It would take decades for the government to introduce tenement reforms.

For much of the 19th century, Americans and Europeans saw cholera as an affliction of poor people with depraved morals who lived in squalid conditions in impoverished countries. It took more than two generations, and many pandemics in New York, London, and Paris, for the rich world to come to terms with the uncomfortable truth that it was exploitative commerce that had brought the disease to their cities. It was the East India Company and the English settlers in India that had devastated the wetlands of Bengal. This paved the way for the cholera-causing virus to travel from a tiny sea creature and infect local workers who lived in slave-like conditions, before transforming into a global human pathogen.

How infuriating then that the same exploitative impulse that brought cholera out of the brackish waters of India’s Sundarbans two hundred years ago, has also created the conditions for the coronavirus to travel from the deep jungles of Asia to cities and towns around the world. The persistence of wet markets and wild animal trade in China, like the one in Wuhan where the coronavirus outbreak happened, has little to do with the poor feeding themselves. The demand for wild meat, or yewei cuisine, is now largely driven by rich people.

For many years, the exotic cuisine has increasingly become a delicacy for the business and government elite inside and outside the country. Scientists and conservationists have been warning China to ban wet markets, but the wild animal industry – much like the agriculture lobby in the US – has become powerful and fostered deep ties with the government.

The COVID-19 pandemic, like SARS in 2003, Swine Flu, or the cholera outbreaks in 1832 and 1849 in New York, is largely a result of political hubris, government corruption and rotted capitalism. It is stamped with the old adage that the rich shall inherit the earth while the poor shall perish, whether they live in the slums of Wuhan, the banlieues of Paris or the favelas of Rio de Janeiro.