Prishtina Insight spoke with artist Petrit Halilaj about love, identity, acceptance and belonging following the opening of his most recent exhibition, which is showing this month at the Reina Sofia Museum in Madrid.

Bowerbirds are medium-sized colourful birds that live primarily in the rainforests of New Guinea and Australia, and are notable for their unique courtship ritual, in which the male of the species builds a ‘bower’ to attract mates.

The birds construct these bowers with tree branches, and decorate the interior with bright and colourful objects that they find in their surrounding environment, including shells, leaves, flowers, feathers, stones and fruit.

The male birds spend hours curating their collection inside the bower and wait for female birds to arrive and inspect their exhibits. Research has shown that the brighter and better looking the collections, the more female mates it attracts.

Kosovo born artist Petrit Halilaj has drawn inspiration from bowerbirds for his latest exhibition, which is entitled “To a raven and hurricanes that from unknown places bring back smells of humans in love,” and opened at the Museo Reina Sofia museum in Madrid on 16 July.

Invited, slightly in jest, by Manuel Borja-Villel, the museum’s curator and director, to produce “the piece of his life,” Halilaj built a beautiful bower inside the Palacio de Cristal at the museum. 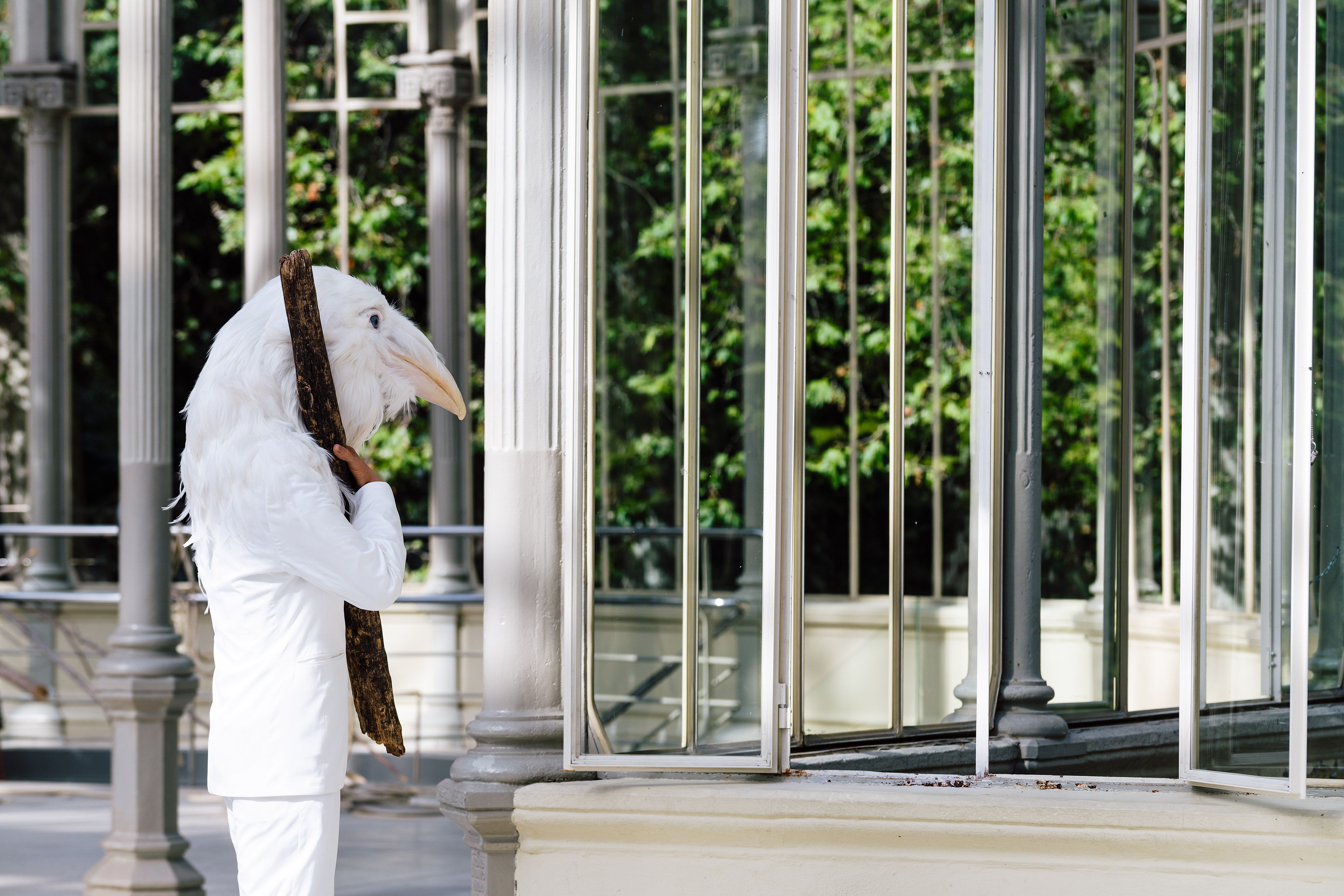 He also intervened in the architecture of the Palacio de Cristal, opening the windows and putting up feeding areas, welcoming the birds that live in the nearby Retiro Park, as well as those who are migrating across the region.

“We opened the place for the birds to come in, and this gesture aims to blur the distinction between the interior and exterior,” states Halilaj, whose new exhibition is his first solo show in Spain. “But, it also speaks of the need to incorporate diversities – an act of openness that I wanted to address directly.”

Birds are not a new element for Halilaj to incorporate into his work, while he has also drawn inspiration from his childhood memories and the political and cultural tensions in Kosovo. 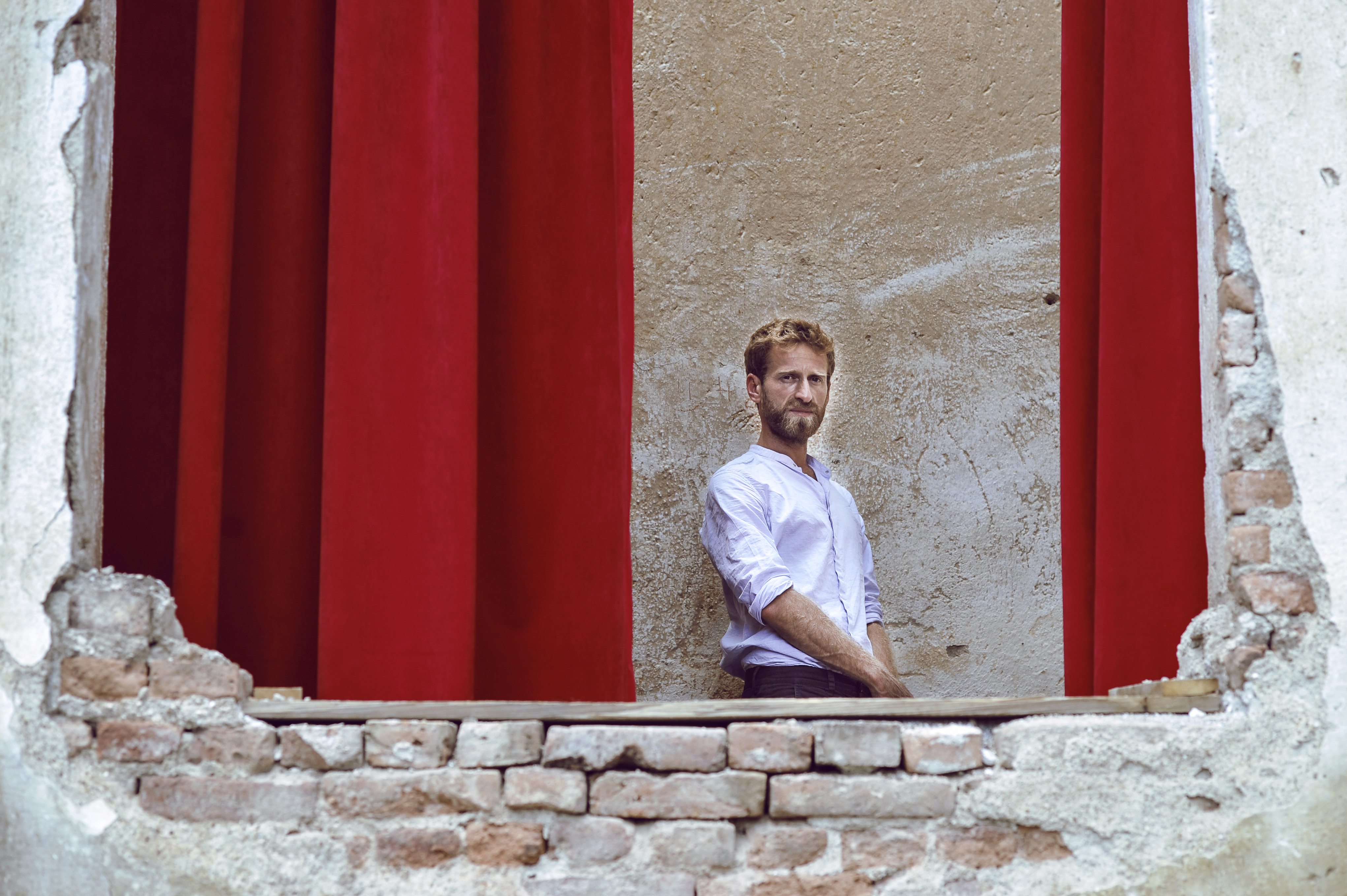 “Birds have always held a special place in my mind and my deeds,” he tells Prishtina Insight. “From the time of war between Kosovo and Serbia, when I lived as a refugee with my family, I looked at birds with a sense of hope. For me, they represented the freedom of movement that I lacked back then, but that I was desperately looking for.”

Halilaj tells Prishtina Insight that this fascination with birds stretches back even further, into childhood. “I have always been fascinated by birds, even before I was able to connect them with the idea of freedom,” he says. “Before the war, my drawings depicted exotic birds, species that I had never seen in Kosovo, which triggered my imagination by being so far away and different from anything I knew.”

“When the war started and we had to leave, my mother saved many of these drawings, digging a hole in the ground and hiding them there,” he continues. “Years later, when we were allowed to return, the drawings were still there. However, to me, the birds in the pictures had changed their meaning completely.”

The exhibition also hosts a work called History of a Hug, a sculpture of a human-sized white raven holding a piece of wood. Halilaj explains that the artwork has its roots in a particular moment of his family history, the wood an echo from his ancestry

“It was a tool, strumbullar in Albanian, used by my grandfather when he was working in the country, and the object he was holding when he learned his wife had given birth to their first child,” he says. “My grandfather was unable to express his immense joy in public, since this might have been interpreted as a sign of weakness in a patriarchal society, so instead he hugged the post. He hugged it so hard that he thought he might break it.”

According to the artist, the motif of the white raven also suggests diversity and resistance to change in the bid for acceptance. In this sense it is a metaphor of many things, including his homosexuality.

The exhibition also features an array of larger than life flowers decorating the bower, creations made using painted canvases affixed to delicate steel frameworks. The flowers are a collaborative effort with Halilaj’s partner and fellow artist Alvaro Urbano, and the plants and other installations chosen were intended to celebrate their union: forsythia, palm seeds, cherry blossom, poppies, carnations and lilies.

“Since Alvaro started to be involved in the exhibition, the flowers as artworks have shifted the whole energy of the show for me,” Halilaj explains. “The exhibition became a celebration of life and love, while also embracing the contradictions and the pain that comes together with love.”

According to Halilaj, the exhibition celebrates not just romantic love, but all forms of kinship, both among humans and between non-humans.

“The exhibition became a space where all forms of love, caring and kinship are invited to be freely expressed, and the flowers aim at reinforcing this aspect of celebration,” he tells Prishtina Insight, adding that his work tried to speak to the inner struggles we experience in learning how to accept and embrace love, rather than push it away.

Halilaj’s love for Urbano has not been fully accepted by his family, and his home country isn’t recognised by many others in the world, including Spain. By making the personal political, and aiming for the exhibition to be open and reflect the diversity of human existence, Halilaj believes he is using his biography as a starting point to discuss larger issues.

Halilaj and Urbano will celebrate their love and union openly in a ceremony at the closing of the exhibition next year, and Halilaj reveals that the museum will help organise visas for his family members who wouldn’t otherwise have been able to take part in the ceremony.

The larger than life size of the beautiful flowers also suggest an inversion in the typical scale of importance on planet Earth, and a critical approach to humanity’s place in the universe. According to Halilaj, humans must learn to see themselves “as one part of the many, who are all equally necessary and important.”

Halilaj’s exhibition is the first to be opened at the museum after Spain closed cultural spaces in its attempts to tackle the coronavirus pandemic, and the artist believes that the pandemic has also altered the way the flowers of the exhibition can be perceived. 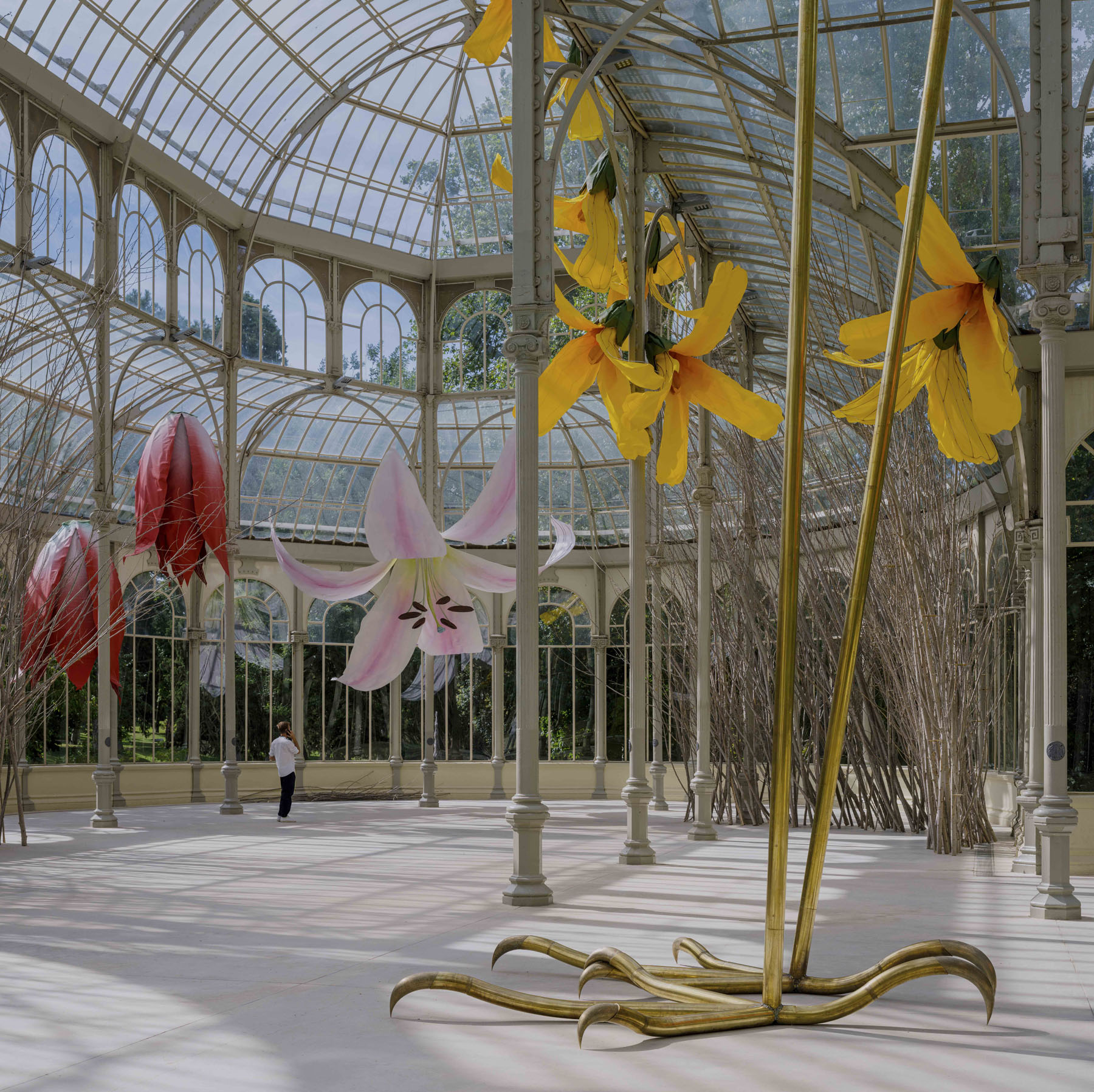 “Even though their proportions had already been decided on before the pandemic, the period of lockdown and isolation has changed the way the flowers, and the whole exhibition, can be received and experienced,” he tells Prishtina Insight. “Small gestures of mutual care have become more present and necessary in our daily life.”

“The isolation forced us not to move and question very elementary things like how to say hello to each other, or even how to breathe,” Halilaj adds. “During this whole process I often thought about how all these questions, that during [the pandemic] became so prominent in everyone’s lives, are actually questions that marginalized people, or people whose identity is neglected, ask themselves on a daily basis.”

The exhibition will be on display in Madrid until February 2021, and Halilaj hopes that it can become “a space where people feel inspired to reflect, to celebrate, to love, to care for each other, and to never give up.”