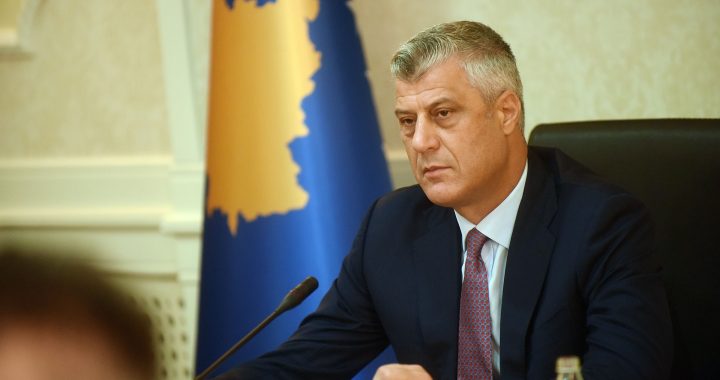 President Thaci at the July 24 consultative meeting. | Photo courtesy of the President's Office.

After a meeting today with representatives of the PDK-AAK-NISMA coalition and some representatives from minority parties, Kosovo President Hashim Thaci scheduled the first meeting of the sixth legislature of the Kosovo Assembly.

The constitutive Assembly session will convene on August 3, 2017, at 10:00 am, the President’s Office announced in a press statement.

“The president and the presiding body of the fifth legislature of the Assembly of the Republic of Kosovo, in accordance with the relevant laws in power, should also prepare the proposal for the agenda for the day,” President Thaci’s announcement continued.

At the meeting held earlier on Monday, Thaci outlined the steps by which the Kosovo Assembly should be constituted.

“I invite you as the political parties to co-ordinate with your MPs and be available for holding the first session of the Assembly of Kosovo in which will be verified the mandates of the MPs and will elect the President and the Presidency of the Assembly to open the way then to establish the new Government of the Republic of Kosovo,” the President’s Office wrote in a press statement released shortly after the consultative meeting.

The deadline for scheduling this session was August 8, following the June 11 snap elections results.