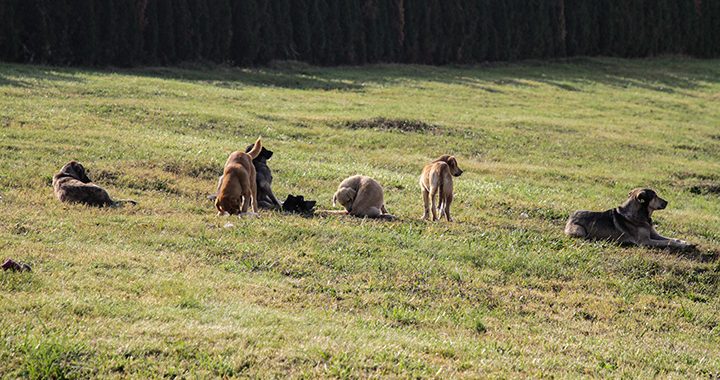 After many complaints about the number of attacks by stray dogs in the capital, the municipality has set aside 350,o0o euros to help deal with the issue.

At around 4.30am on Tuesday morning, Avdi Smajlaj, a Prishtina resident, was attacked by a pack of stray dogs on his way to the bus station.

The 44-year-old managed to escape the stray dogs that have long been a major problem for citizens of the capital.

“Thank God, I managed to escape without physical consequences, but with some fear. I managed to get into the yard of the station, from where the dogs then left,” he wrote.

Other citizens have been less lucky. Some attacks by dogs have resulted in physical injuries.

In November last year, Kosovare Bajraktari was attacked and bitten near the University of Prishtina campus. Bajraktaraj also suffered emotional stress from the fear the attack caused her.

“If it were not for two girls who came to help me, I believe they would have eaten me,” she said, calling the negligence of the municipality in dealing effectively with the problem unacceptable.

Less than a month later, in the courtyard of the University Clinic of Kosovo, in Prishtina, three doctors were attacked by stray dogs.

To deal with this phenomenon, the Municipality of Prishtina has announced a tender worth 350,000 euros to treat the city’s stray dog problem, according to the Public Procurement Regulatory Commission.

The contract includes services such as treatment, vaccination against rabies, castration/sterilization, hospitalization of victims for 72 hours, rapid testing, on-site release and euthanasia of dogs by painless injection.

Habib Qorri, head of the public services sector in Prishtina Municipality, told BIRN that euthanasia is allowed by law for aggressive animals that they pose a risk of diseases that can be transmitted to humans or other animals.

“Euthanasia is performed according to the protocol allowed by law, by injection,” Qorri said.

According to him, a task force created this year to address the emergency with stray dogs has held meetings with several institutions where euthanasia was discussed.

The Deputy Mayor of Prishtina, Alban Zogaj, at a session of the Municipal Assembly on April 28, said Prishtina was home to thousands of stray dogs.

“This problem with stray dogs has got out of hand. It’s been estimated that there are 5-10,000 stray dogs in Prishtina. We should not wait for the first [fatal] victim to take action,” he said.

Zogaj added that a key point to ease this problem is the construction of a dog shelter.

In April, the Ministry of Environment, Spatial Planning and Infrastructure overturned a decision of the Municipality of Prishtina to determine the location of the plot for housing the animals.