A photo gallery of celebrations in Kosovo’s capital, where fans gathered to watch the country’s first qualifying game for the World Cup, Russia 2018.

Fans gathered in downtown Prishtina to watch Kosovo’s first competitive match for the football World Cup to be held in Russia in 2018. In the match against Finland, Kosovo scored a penalty goal and earned a draw.
The Albanian national team played at the same time against the Macedonian team in Skopje, but the game was suspended due to bad weather. Meanwhile in Prishtina, fans donning both Kosovo and Albanian jerseys stuck around and huddled beneath umbrellas. 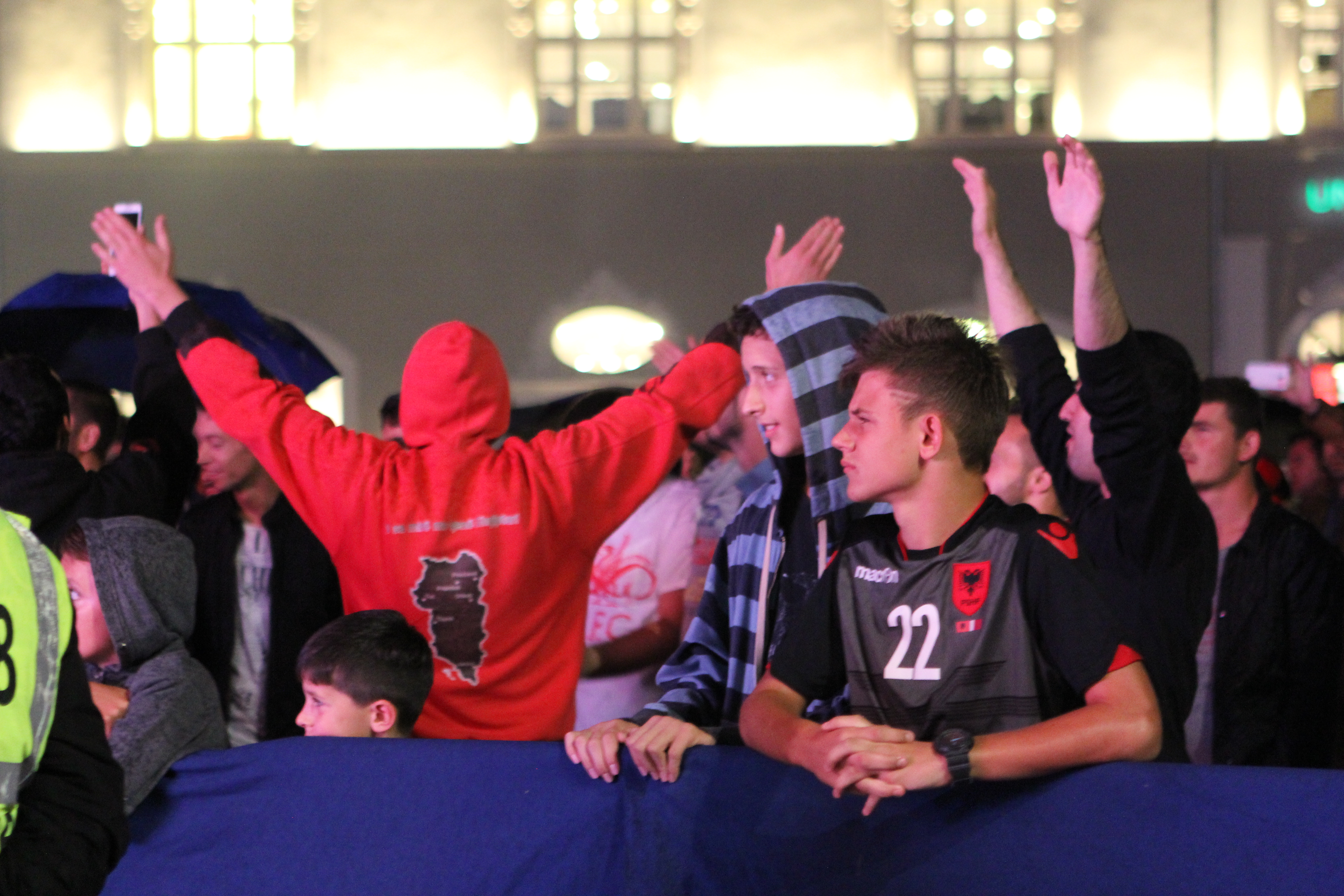 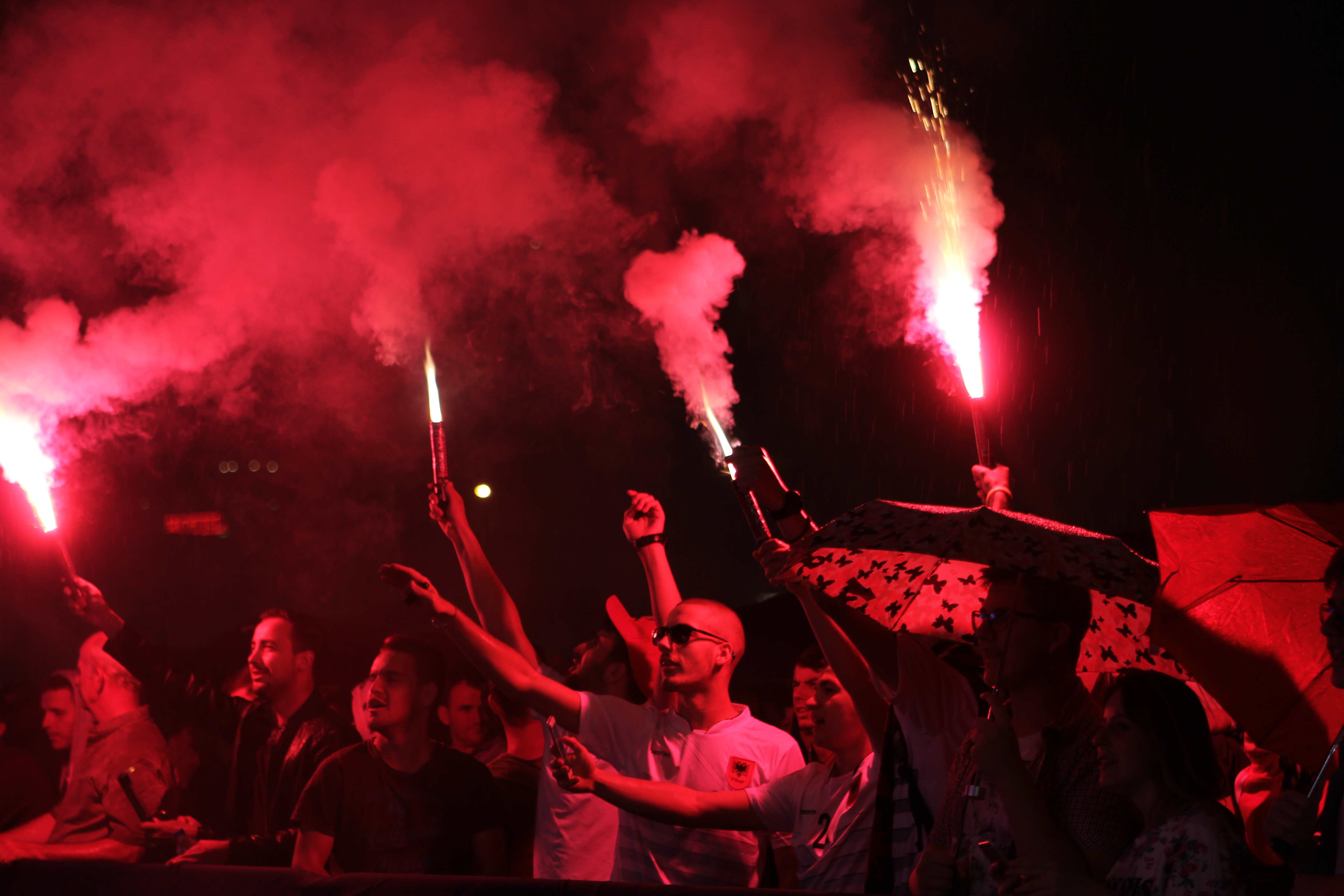 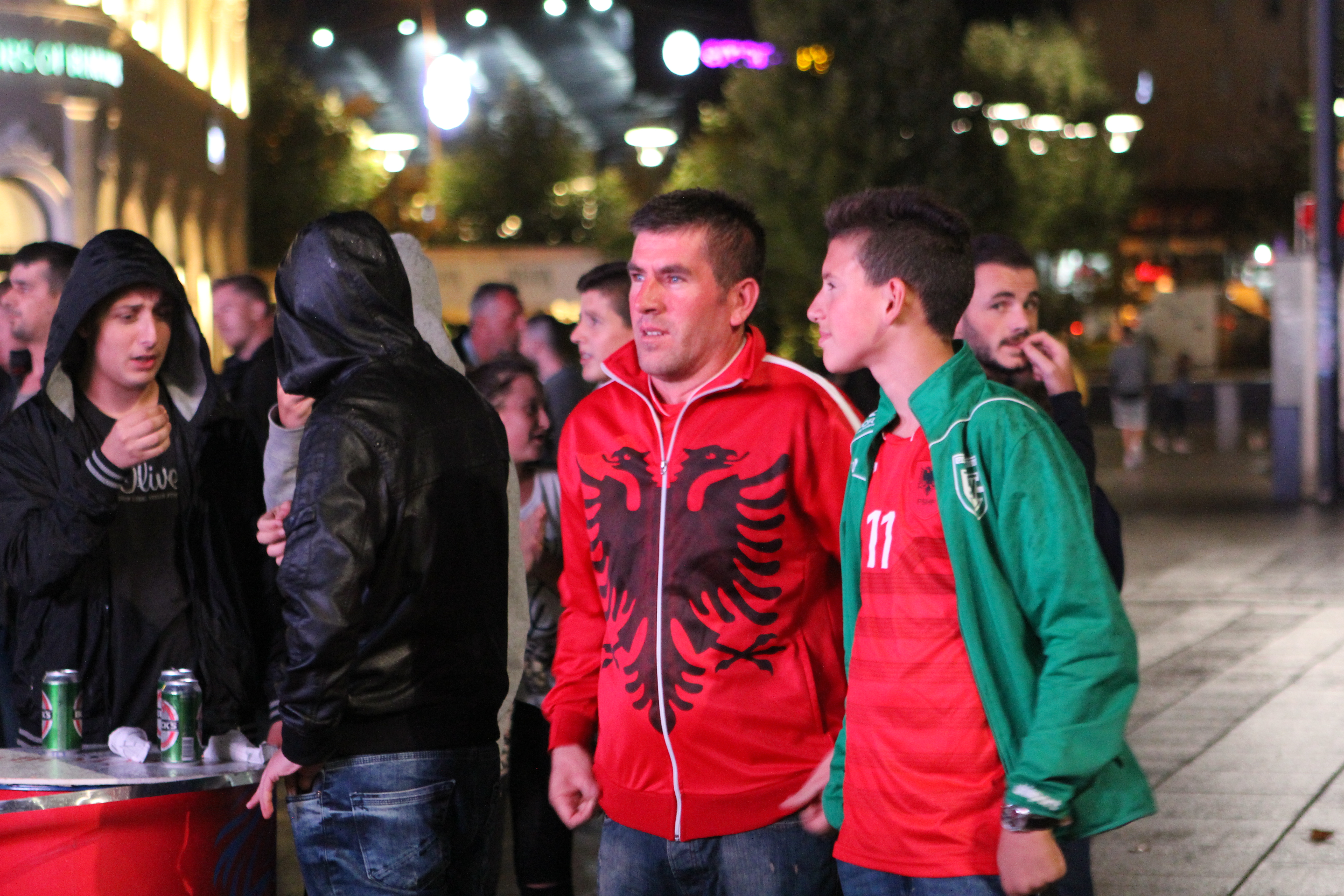 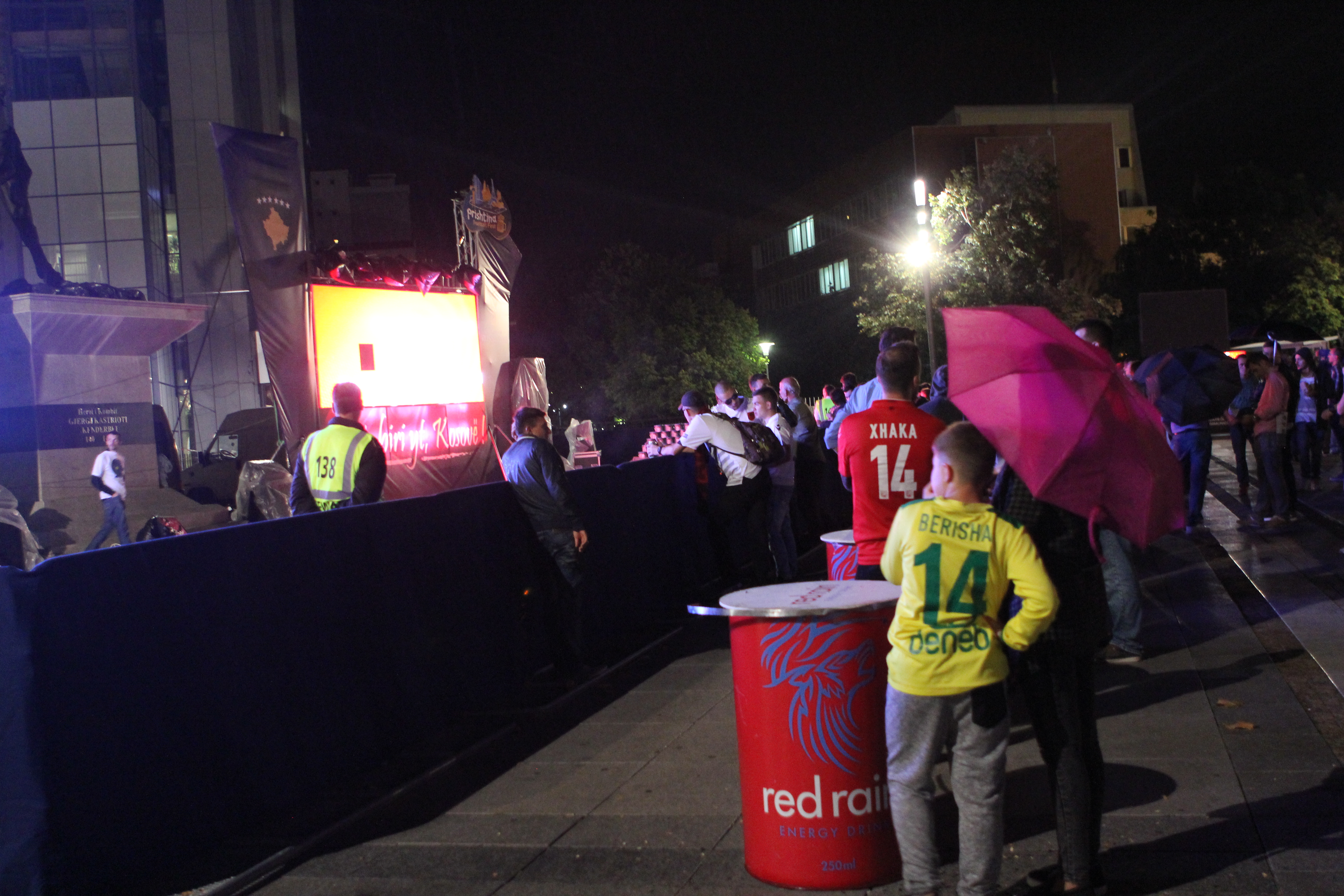 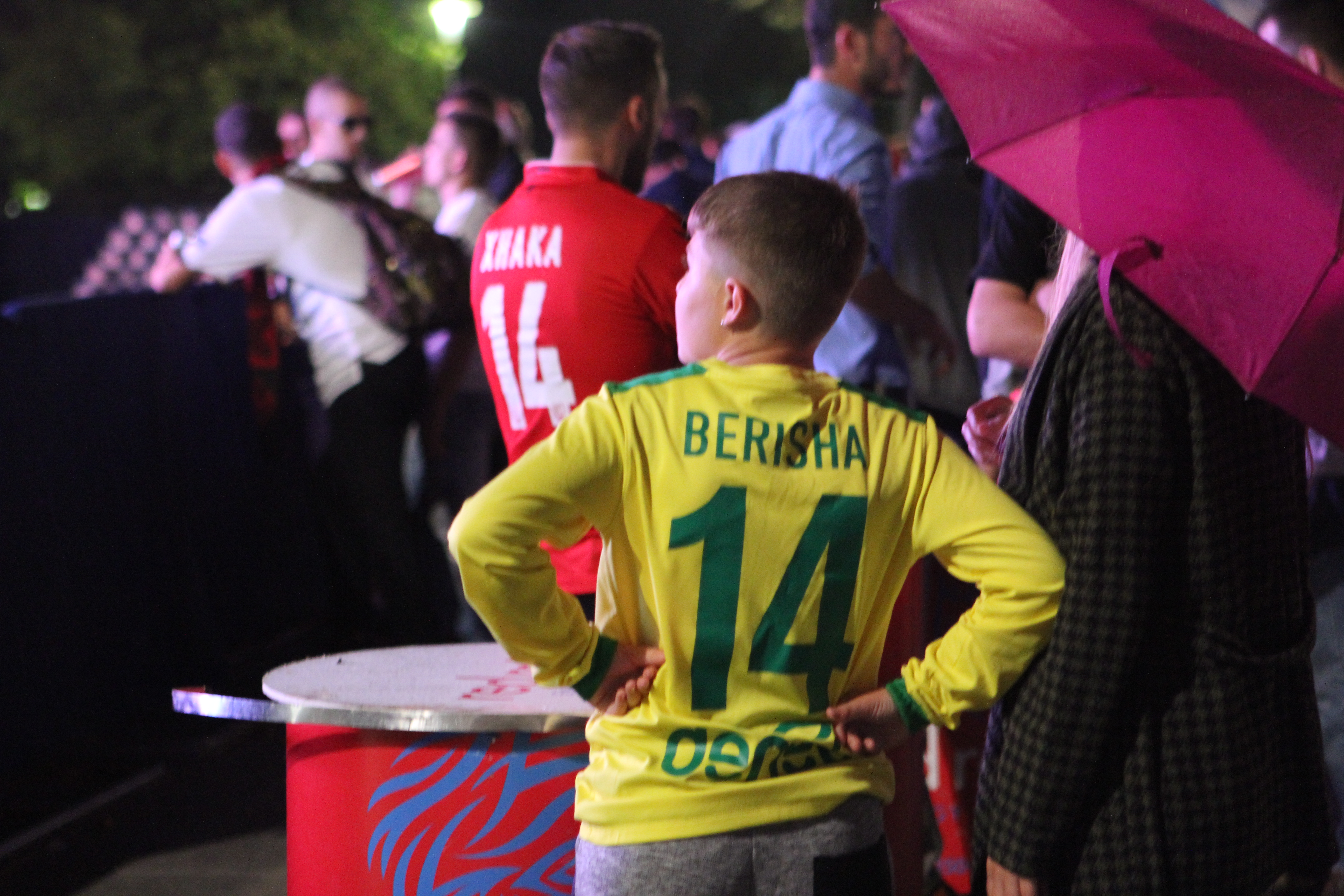 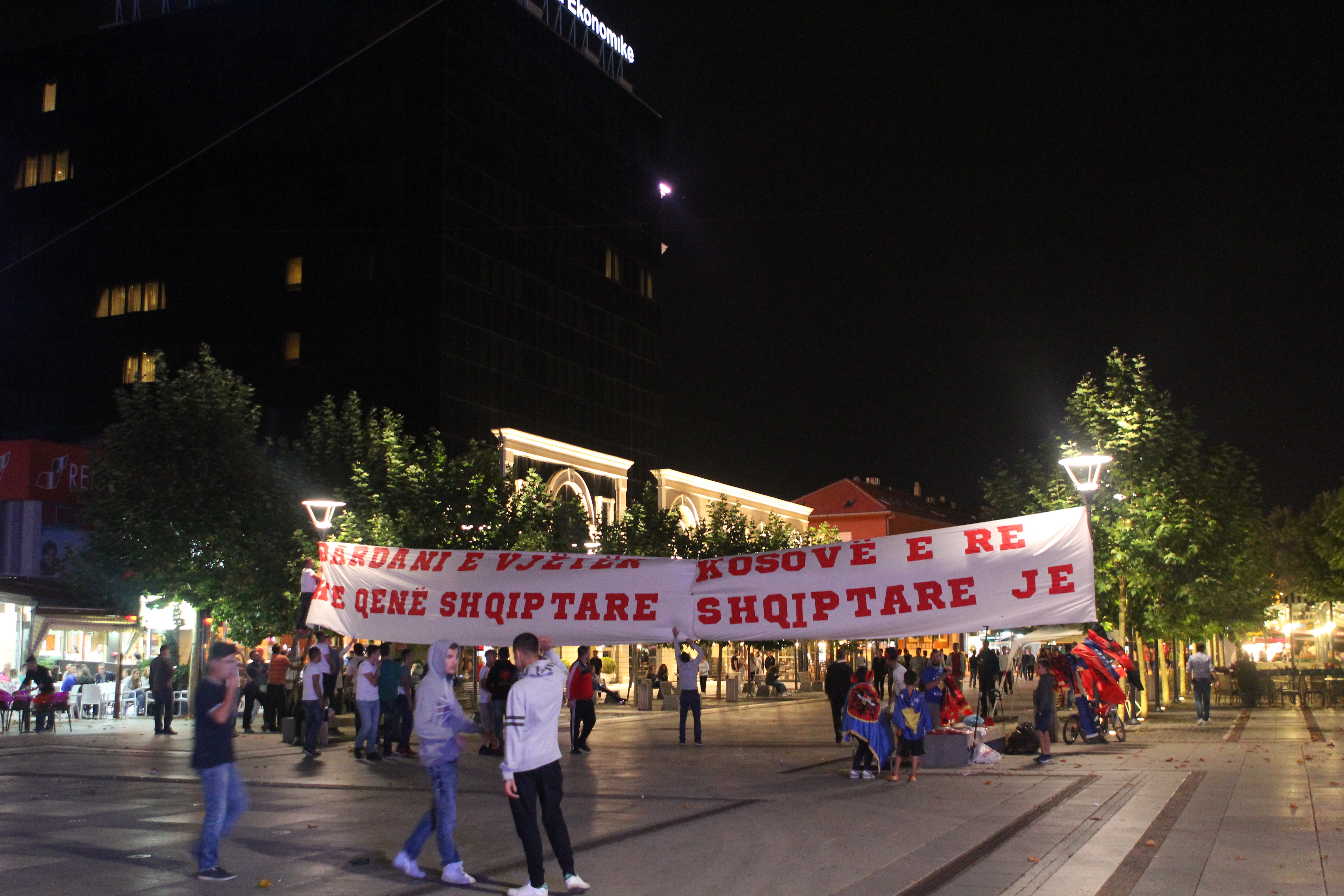 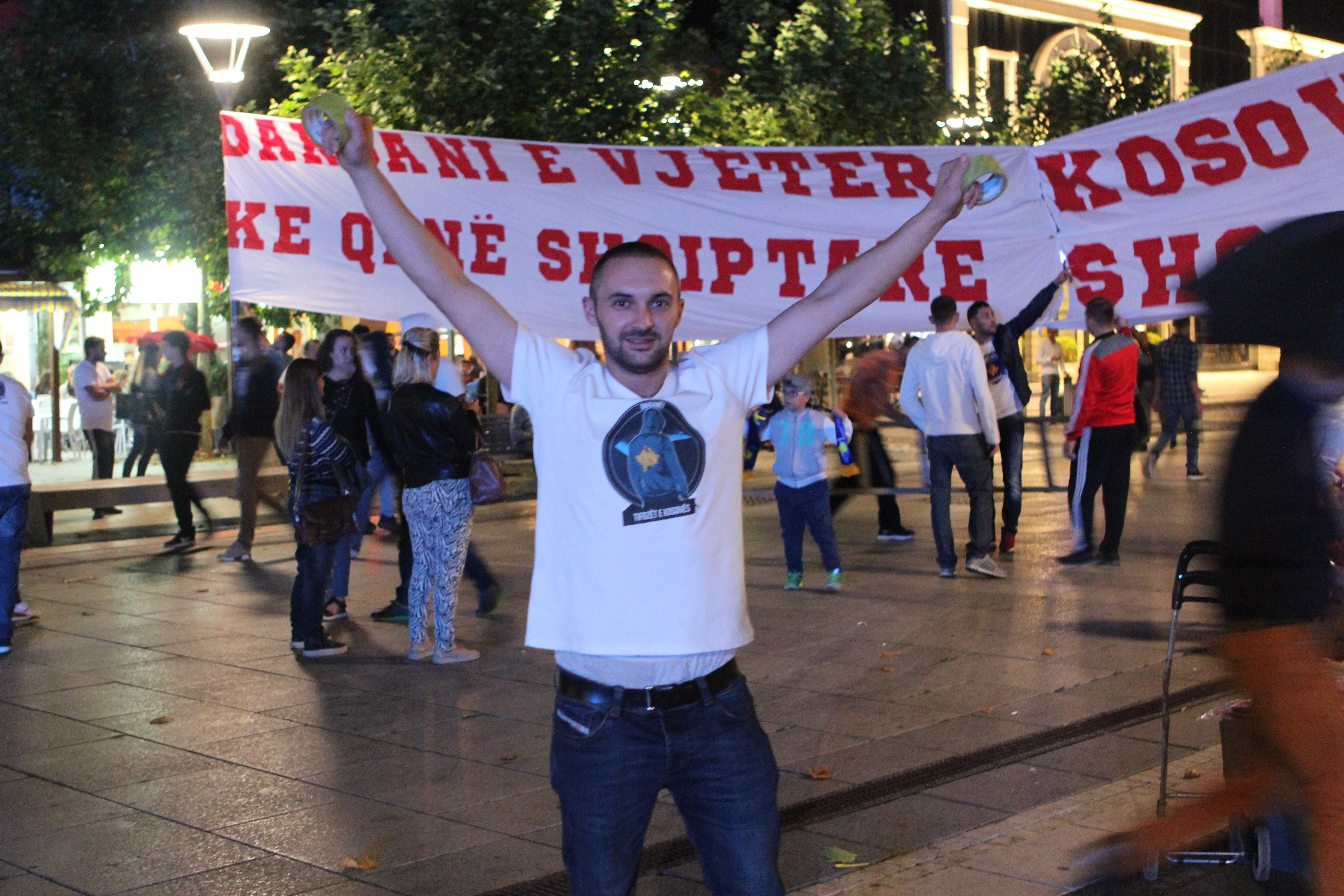 Finding soul in the food of western Kosovo

by Nate Tabak
Next: News