Questions over the financing of farmers

Irregularities during the allocation of agricultural grants has fuelled fears of corruption and raised suspicions over the misuse of public money.

This year, as part of its ‘rural development’ program, the Ministry of Agriculture, Forestry and Rural Development, MAFRD, has allocated more than 23 million euros to be made available for grants, but it seems that irregularities and mismanagement are already becoming apparent.

BIRN can reveal that a farmer who doesn’t own even a single cow has received a grant to improve the quality of his milk, raising doubts about other grants allocated.

On February 13, 2019, a list was published detailing farmers who have received grants from the MAFRD for improving the quality of their milk. According to the list, Ilir Limaj from the village of Banja near Malisheve received 1,813 euros.

BIRN has since visited the village and discovered that Limaj does not own either a farm, nor any cows. Limaj told BIRN that he requested a grant for growing grain crops, not for improving the quality of his milk.

Murat Hoxha, the Director of Agriculture at the Municipality of Malisheve, told BIRN that the MAFRD have made a mistake in the case involving Ilir Limaj. He also revealed other mistakes related to the execution of the grant – Limaj received 2,352 euros instead of the 1,813 he was entitled to. 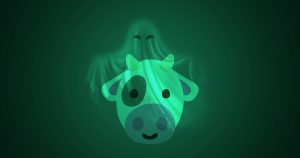 The MAFRD have confirmed they have made an error in this case. “The farmer was entitled to 1,813.50 euros and not 2,352 euros. Thus, this was a technical error in the system of calculations we do,” reads the MAFRD’s response.

In their response, the ministry also clarified that they wanted the excess 538 euros to be returned, but did not address concerns regarding the grant being included amongst those given to improve the quality of milk.

A longer history of irregularities

Suspicions of corruption surrounding government administered grants have intensified in recent months after Musa Cena, a deputy minister at the Ministry of Regional Development, was arrested last year for taking thousands of euros in bribes from a company in return for a grant.

The deputy minister was sentenced to 6-month conditional imprisonment from the Basic Court of Prishtina, though escaped jail time after paying a 5,000 euro fine, while the ministry admitted that there had been instances of corruption.

Tahir Tahiri, the Director of the Syndicate of Kosovo Farmers, told BIRN that he has evidence of incidents of corruption within the MAFRD and is willing to share them with the prosecution office, but that this institution has not yet contacted him.

Research by the anti corruption NGO Cohu has also revealed how the application process for agricultural grants and subsidies faces a lot of misuse. As part of the research, a farmer explained in detail how corruption enters the process.

“I’ve received some grants from the ministry, and for all of the grants I received I gave bribes, otherwise it’s impossible to get big grants,” the farmer told Cohu. “I also gave bribes at the municipality for subsidies, and other farmers that I know gave bribes too, but none of them can speak out because there’s no chance of getting any grants next time if they talk now.”

The farmer also revealed an instance when a tractor supplier contacted him, despite his grant application not yet being decided upon. “How could this person know if I won a grant or not?” he said. “I took that as an order to go to that company to buy a tractor, so I did so.” 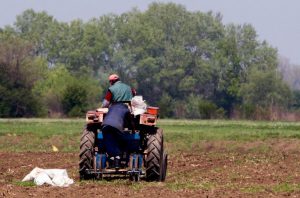 Another case involving grants from the Ministry of Agriculture is currently being played out in court. Liridon Ahmetaj, a goat farmer from Korisha near Prizren, was allocated a grant of 53,900 euros from the Agency for Agricultural Development, AAD, but never received the money.

Ahmetaj claims that he received assurances from both former Minister of Agriculture Nenad Rikalo and and Deputy Minister Vesel Krasniqi that he would be awarded the grant. However, the AAD cancelled the contract, allegedly due to Ahmetaj violating its terms by planning to spend the money on housing.

Ahmetaj denies the allegation, and is now left with a loan he took out to self finance part of the investment, as per the terms of the grant. Late repayments on this loan resulted in the bank presenting the case to the court.