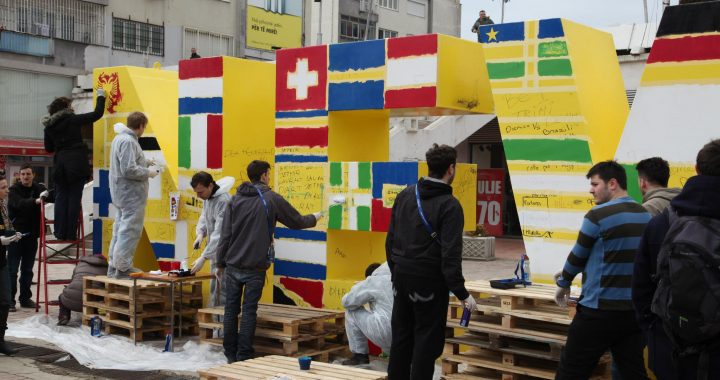 The Jamaica debacle and events at the Munich Security Forum have laid bare the embarrassing state of Kosovo’s diplomatic efforts and highlight the need for a new, holistic strategy on foreign affairs.

Since Kosovo declared independence, achieving diplomatic recognition from other UN member-states has been its primary foreign policy objective. Operating on the assumption that increased recognition would serve as a means to strengthen its international status, Kosovo’s approach has been to focus on attaining formal recognition from as many states as possible.

In the first five years after independence this endeavour was relatively successful, with more than 100 states reported to have recognised Kosovo by the end of 2013. However, momentum has significantly decreased since then and Kosovo has not received recognition from a new state since Barbados did so in February 2018.

Ultimately, the largely singular focus on recognition has made Kosovo more vulnerable, while it has also limited Kosovo’s engagement in other international issues and initiatives which could have bolstered its claims to be recognised as a state by demonstrating its ability to behave like a state.

The focus on increasing the number of recognitions has essentially obscured other key foreign policy objectives and as a result, Kosovo lacks a proactive, multi-dimensional approach to foreign policy.

More importantly, the focus on recognition has ultimately played into the hands of those within Serbia who are committed to quashing Kosovo’s independence. Recognition is a notoriously political endeavour, and the willingness of established states to accept a new member into the club is a function of power, interests and favours.

In recent years the distribution of global power has steadily shifted away from Kosovo’s allies in the West. As a result, Serbia has found many states are now receptive to maintaining their opposition to Kosovo’s independence, or in fact rescinding their recognition; fifteen countries and counting have allegedly suspended their recognition of Kosovo.

The perils of placing so much emphasis on achieving recognition were demonstrated in the recent diplomatic mishap between Kosovo and Jamaica, after President Thaci’s claim on Twitter that the Caribbean state had recognized Kosovo. His statement received a swift response from the Jamaican Foreign Minister Hon. Kamina J Smith, who rejected Thaci’s claim in a single sentence.

To date, Jamaica has not recognized Kosovo as an independent state. https://t.co/HLNtJaOWLh

Thaci’s premature acknowledgement of Jamaica’s recognition may have cost Kosovo a potential new ally and betrays his determination to seize the credit for this latest “success.” The new government in Kosovo was also drawn into the fixation with recognition, with Prime Minister Albin Kurti and Foreign Minister Glauk Konjufca both publicly hailing the news on social media.

Recriminations followed after Jamaica denied the recognition claims, with fingers pointed among government figures, the president’s office and Kosovo’s Ambassador to the US, Vlora Citaku. This ugly fallout coupled with the blunt and public denial from the Jamaican authorities have combined to cast Kosovo in a poor light.

The incident reflects a long-standing problem within Kosovo, namely the manner in which political rivalries have inhibited institutional coordination and cohesion. Thaci’s desire to be the first to herald Jamaica’s recognition was likely fueled by his need to appear able to deliver results on the international stage, with a prime minister seeking to sideline him in the dialogue with Serbia.

The political rivalry between Thaci and Kurti also manifested at the Munich Security Forum, during which the lack of coordination at the highest levels led to Kosovo being represented by two diametrically opposite stances toward the dialogue and regional cooperation.

The Forum opened with two letters of interest relating to transport connections between Kosovo and Serbia being signed under the watchful gaze of presidents Thaci and Vucic. Responding to the news, Kurti immediately sought to distance his new government from the agreements, stating that officials present had no authorization, adding that the agreements were not made public.

Prior to the event Kurti had reportedly extended an invitation to Thaci to coordinate their position but, in a move which can only degrade Kosovo’s international standing, the president declined.

A new path for Kosovo’s diplomacy?

Both the Jamaica debacle and events at the Munich Security Forum should serve as a wake up call for the new government in Kosovo. Alongside its focus on domestic issues and reversing the process of state capture, pressing foreign policy issues also need to be effectively addressed.

Given that Vetevendosje is leading the Ministry of Foreign Affairs they have the greatest responsibility for crafting a new foreign policy strategy, which needs to be established and implemented quickly.

At the Assembly session which saw the formation of the government, the plans outlined for foreign policy were quite narrow and mainly focused on the territorial integrity of the country, in a clear rebuke to Thaci’s infamous border correction plan with Serbia.

The nature of the president’s role in foreign affairs must also be clarified, ideally in favour of ensuring that the democratically elected government has primary control. The plans outlined at the Assembly explicitly recognised the prime minister as the sole representative entitled to lead the dialogue, yet agreements between Kosovo and Serbia are continuing to be made under the auspices of Thaci, sidelining the role of the new prime minister in the process.

It is also essential for the governing coalition to share its foreign policy strategy with other relevant institutions such as the Office of the President, opposition parties, civil society and academia. The strategy can only revive Kosovo’s foreign policy and create cohesion if it receives support when defining its priorities.

It is also imperative not to fall in the old trap of focusing on just one aspect of foreign policy. The new government needs to create a multifaceted plan to address urgent issues, including strengthening existing ties and reinvigorating the Berlin Process.

In particular, as Vetevendosje has often argued, it is essential that Kosovo develop a more robust approach towards Serbia, one which recognises the need for Belgrade – and other actors, including the EU and the US – to accept that Serbia is responsible for the atrocities committed in the 1990s, for which it must make amends.