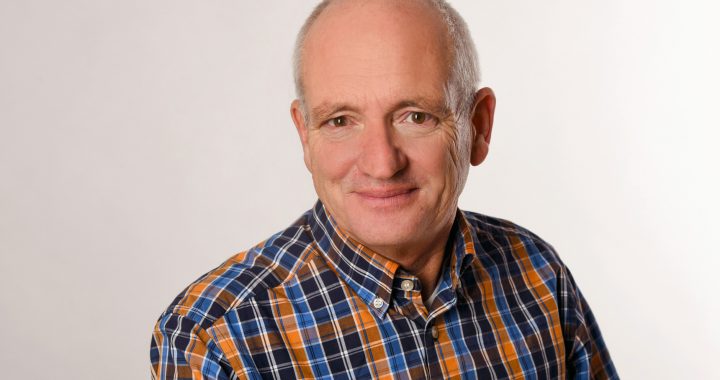 Robert Elsie, a devoted scholar on a lonely quest of Albanian studies

A tribute to Dr. Robert Elsie, Albanian studies’ best known foreign scholar, who left behind an unparalleled body of work about the nation’s culture, literature, and linguistics.

One of the founding tenets of the Hellenic philosophy of Epicureanism is to seek happiness and rejoice in one’s work in obscurity, away from the public attention and the spotlight of mortals. Epicurus (341-270 BCE), the school’s founder, maintained that fame and popularity are ephemeral and their relentless pursuit leads to misery and loneliness. He ascribed the concept Lathe Biosas (life in obscurity) a certain saintly quality that was elemental for an authentic and spiritually fulfilling life.

In today’s world, inundated with celebrities, where public attention is sought at all costs, few modern scholars may desire or seek to embrace that austere Epicurean vision. But having read some of his work, I think Dr. Robert Elsie, the Canadian-born scholar of Albanian studies, who died on Monday at the age of 67, embodied that lofty ideal in the full sense of the word. His was on a solitary quest into an obscure field snubbed by international scholars with worldly ambitions and often ignored by the Albanians themselves. Yet, Dr. Elsie devoted his professional life and labored for almost four decades into that very field that promised nothing but obscurity and irrelevance in the world of international spotlight.

His interests were deep, but a brief description that probably fits his scholarly pursuits is that he was a linguist, historian, interpreter, and student of Albania—a country which he was motivated to study because of its cultural loneliness and isolation. That loneliness would have been disheartening for anyone, but in Dr. Elsie it stirred a lifelong curiosity and was at the heart of his success as the best known foreign scholar who spoke fluent Albanian and left behind an unparalleled body of work about the nation’s culture, literature, and linguistics.

For many years he scoured archives across Europe and beyond, curating texts, articles, poems, tales, fragments, travelogues and photographs about the Albanian people and their history and translated, edited, or brought them to light, in English and German languages. His complete oeuvre about Albania is vast, numbering over sixty books which he was listed as author, editor, translator, commentator, or contributor. For years, his website has been a portal to this expanding work, whose contents stretch back to eleventh century, when the earliest written fragments about the Albanian people began to appear.

He discovered his passion about Albania in the late 1970s after he traveled there with a group of students from the University of Bonn’s Institute of Linguistics at a time when the country was still a cultural terra incognita for the rest of the world. His fascination with the country and its people grew over the years as he learned the language and customs and gained rare access to the Albanian institutions that harbored the country’s cultural artifacts. He maintained that one cannot hope to study a nation without learning its language first.

His initial interests led him to focus on Albanian literature, where he first published a Dictionary of Albanian Language in 1986, and followed with An Elusive Eagle Soars: Anthology of Modern Albanian Poetry in 1993, and the History of Albanian Literature in 1995. He also translated both in English and German the anthology of Albanian Poetry from 16th Century to the Present, and the works of the best known Albanian poet, Migjeni. In 1997, as the Kosovo crisis deepened and the world’s attention began to turn to the region, Dr. Elsie compiled works on the subject into a 600-page volume titled, Kosovo: In the Heart of the Powder Keg. After the Kosovo War, he followed up with similar works which aimed to shed more light into the entangled culture and history of Albania and Kosovo.

Later on he expanded his focus into folk music and other aspects of the Albanian  culture, including religion and the arts, where he continued to translate, edit, and write. But the solitude of the subject became obvious every time he discussed at length Albanian literature and its contemporary state. In a 2016 interview for this magazine, he described the frustration and the lack of interest in the field by universities and major linguistic centers that are primarily driven by economic interests.

Though his primary studies focused on the descriptive aspects of culture as it related to arts and humanities, he was often critical in interviews about the dysfunctional nature of Albania’s socio-political environment that suffocated progress and divided its people. “Albania’s biggest enemy is not Serbia, Greece, Montenegro or Macedonia, but Albania itself,” he said in an interview for a local Albanian television in 2012. “Albanians still haven’t learned how to work together… and I have  always been surprised that Albania was able to exist.”

In the end, Dr. Elsie’s lifelong devotion to study Albania, its people, and culture, epitomized that coveted ideal of following one’s heart in our life’s work even when that promises us very little. What he said once about the country and his  commitment to it may indeed be the very definition of true love: “Albania—it amazes and exhausts me, it drives me crazy, but it’s never boring and there’s always something that surprises, makes me happy or terrifies me… [and] I can never imagine that I would be able to live without [this country].”