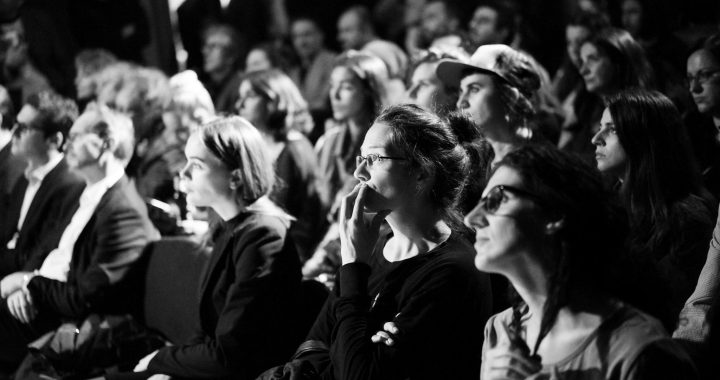 From self-determination to migration, Polip seeks answers through literature

Welcoming authors from the region and beyond, the eighth edition of the Polip literature festival brings readings, panels and more to Prishtina May 18-20.

For the eighth year in a row, the Polip International Literature Festival will host dozen of events over a period of three days, serving as a platform for literary readings, panel discussions and music performances by local, regional and global artists.

With about 30 invited writers, the festival’s theme “Literary Republic” strives to cover many topics from nation-states and the desire for independence to women’s rights and fascism. The organizers, Qendra Multimedia, a cultural NGO and theater troupe, have dubbed the festival as “a zone to freely discuss the future of the world.”

“Polip is always tied to contemporary political realities. This year, the discussion will mostly be based on the strive for independence around the world, especially in Catalonia and Iraqi Kurdistan,” said Lendita Idrizi, the coordinator of the festival. “Since Kosovo too was in a similar situation, there will be an exchange of experiences between local and foreign authors.”

Some of the authors presenting their work in the festival are winner of Leipzig Book Fair Prize Clemens Meyer; Nikola Madzirov, whose poetry inspired compositions by musician Oliver Lake; Catalan writers Susanna Rafart and Laura Huerga; member of the Academy of Arts in Berlin Ann Cotten, and many more.

Idrizi said that when Polip started in 2010, its main purpose was to bridge gaps between authors of the region.

“The initial goal of the festival was to bring together authors from countries in the Balkans, especially to allow collaboration between Serbian and local writers,” she said. “Over the years, we have increasingly invited more and more international authors.”

The program includes three panel discussions, one on Saturday and two on Sunday. The first one, titled “Building a Radically Progressive Society: A Women-Led Revolution in Rojava,” will center around the women’s movement in Kurdistan and parallels with Balkan countries.

The second discussion, called “Language and secession: contexts and policies,” will have five panelists talk about the connection between language and national identity, especially in the context of ex-Yugoslavia and the link between linguistic policies and secessionism.

The final panel, “The Birth of Fascism From the Spirit of Poetry”, will take a look at literature as a driver of ideology, focusing specifically on the example of Gabriele D’Annunzio, whose ideas influenced Italian fascism.

Apart from the three main readings, one for each day, the festival will also organize a complementary program of discussions and readings with authors, three in Prishtina, one in Prizren and one in Ferizaj.

All of the events are free of charge and open to the public.