More than two decades after she fled her hometown Pristina in the aftermath of the war, Marija Novakovic got back the keys to her apartment in Kosovo’s capital and returned to live alongside her ethnic Albanian neighbours.

Marija Novakovic’s apartment has no kitchen, no couch and no bed but she doesn’t care about that.

She is delighted because last week she got back the keys of the apartment she left in July 1999 when thousands of Serbs left their homes in Kosovo in fear of retaliation by ethnic Albanians who were returning after Serbian forces withdrew at the end of the war.

“It’s unbelievable, unbelievable,” she said while walking through the small, empty basement apartment Pristina’s Ulpiana neighborhood, where she said she spent her childhood playing with Albanian friends.

“I have been living here since I was little girl. I grew up here. I am lucky,” Novakovic told BIRN in her apartment.

Like so many others who have been forced to leave their homes because of war, life has not been kind to Novakovic and her husband and children during the many years they have spent as refugees. As refugees in Serbia, they moved around a lot, shifting from Nis to Blace until they finally settled in Belgrade.

Getting the apartment back was an exhausting seven-month battle with bureaucracy for Novakovic.

Gordana Djoric from local NGO Avenija, who is familiar with Novakovic’s case, said that it took lot of work to get the keys into her hands.

“The Ombudsperson Institution [of Kosovo] was the first to help us. When they saw the documents, they concluded that Marija has the right to have the apartment,” Djoric told BIRN.

They then took the case to the Kosovo Property Comparison and Verification Agency, which resolved the situation. 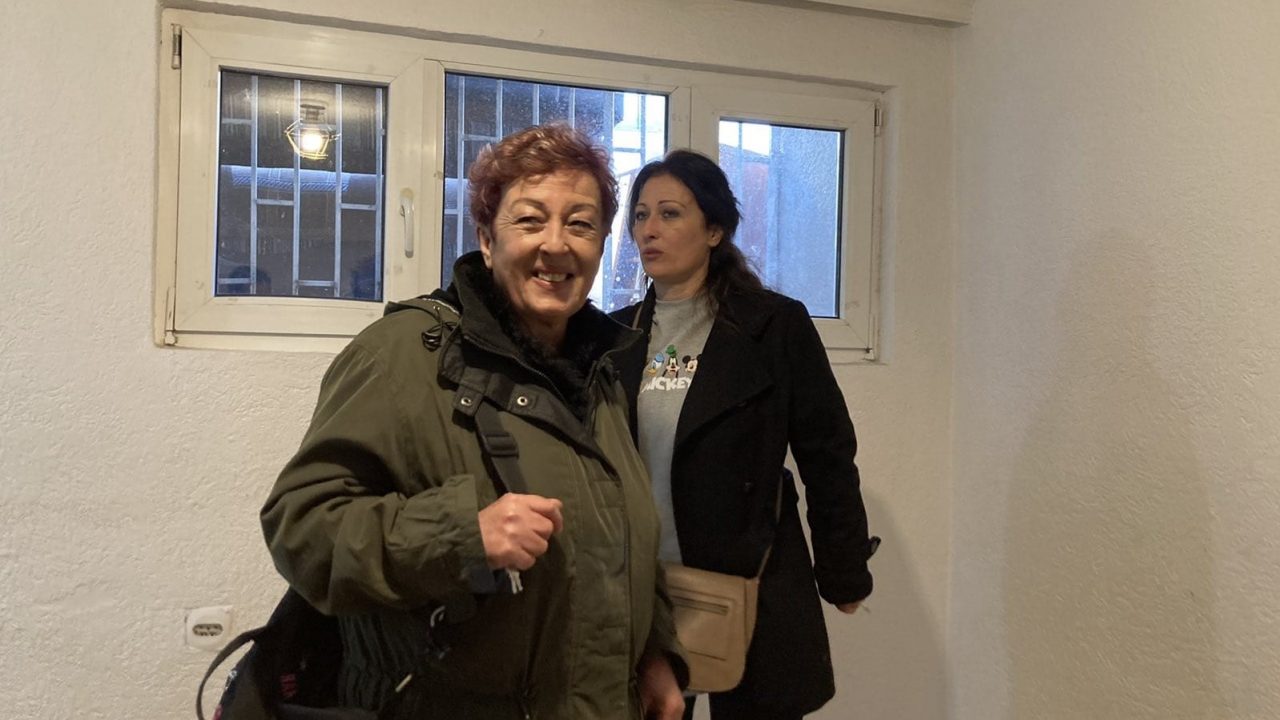 ‘We started to feel insecure’

Life for Novakovic’s family changed one warm day in July 1999, not long after the war ended, when they decided that staying in Pristina was not an option anymore and they joined the other Serbs who were fleeing their homes.

“It was very difficult to leave,” Novakovic said. “It was July 4, 1999. We started to feel insecure and our neighbours told us that they could not help us anymore.”

Thousands of Serbs like Novakovic left Kosovo in a hurry just after the war, fearing possible retribution for Yugoslav President Slobodan Milosevic’s campaign of repression, massacres and ethnic cleansing. But their return has been slow, and the numbers of those coming back has been low.

The UN refugee agency UNHCR’s office in Kosovo told BIRN that 29,075 Serbs and members of other ethnic minority groups who left after the war have returned to Kosovo since 1999.

In a November 2019 report on returns, the OSCE Mission in Kosovo also said it has seen the number of returnees decreasing over time.

“Nearly 20 years after the end of the Kosovo conflict, despite substantial international assistance and targeted programmes, large numbers of displaced persons both within and outside of Kosovo lack durable solutions that would enable them to live a stable life in dignity,” the OSCE said.

“The low rate of returns and decreasing trends confirm that issues hampering return still persist, while taking into account that protracted displacement situations per se also lead to lower interest to return,” it added.

The OSCE report said that “property issues have continued to impede progress on returns”.

“Illegal re-occupation of properties and obstacles to land allocation for housing assistance programmes have hampered the exercising of property rights by displaced persons,” it explained. 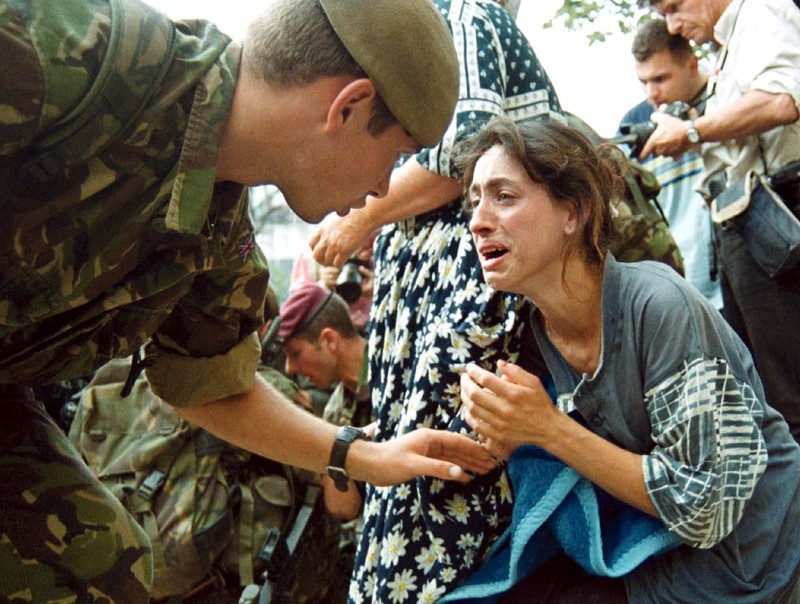 A British soldier talks to a worried Serb refugee woman, after her baby collapsed in a bus on their way out of Pristina, Sunday 20 June 1999. A bus convoy with fleeing Kosovo Serbs stopped in the province capital to receive help and treatment on their way to mainland Serbia.
EPA-PHOTO/EPA/STR/

‘I never lost hope of returning’

More than two decades might have passed but Marija Novakovic can still name all her old Albanian neighbours with whom she shared joys and sorrows in one of the most famous Pristina neighborhoods, Ulpiana, back in the years before the war.

“I have heard that uncle Isa, our neighbour, is not with us anymore. I am sorry. If I had been informed about his passing, I would have gone to his funeral,” she said, shedding tears as she spoke about her former neighbour.

“I remember Driton, I remember Jeton. We always came and went to each other’s places, be it for Christmas or for Bayram. I was always looking forward to the baklava. I have old video tapes of when we gathered for birthdays. We always got on, in [times of] joy and commiseration,” she recalled.

Since her return several days ago, she said she was only able to meet one of her old Albanian neighbours.

“I’m waiting to get settled here and then try to meet. I want to go and make a tour of the streets of the neighbourhood of Ulpiana,” she said.

During her years as a refugee, she said she received constant requests to sell the apartment, like many Serbs did in Pristina and all over Kosovo, particularly in the immediate aftermath of the war.

“I have had many offers to sell the apartment but I didn’t want to. If I had wanted to, I would have sold it 20 years ago,” she said.

“I never lost hope of returning here one day. Never. There were people telling me that it was risky to return here but I feel safe,” she added.

A former public kindergarten employee, she said that she hopes she will be able to get a job, possibly in the field she feels better in – working with pre-school children.

Her mother Slavica, 65, has returned to live with her daughter.

“Here is the town where I was born, here I gave birth to my children and created a family,” she said.

Nexhmedin Shala, who lives in the same neighbourhood, said that they will be welcomed.

“Kosovo is a free country and people can live in a free Kosovo. As far as the neighbours are concerned, she can feel safe in her apartment,” Shala told media in front of their apartment block the day that Novakovic got the keys and returned to her apartment.

Last year, when a Serb woman decided to return in her apartment in the western town of Gjakove/Djakovica, she faced a very different situation.

Dragica Gasic, the first and only Serb post-war returnee to the town, was burgled and subjected to various threats after she returned last July.

But in Pristina, Novakovic said she feels secure and maintained that the time has come for more Serbs to return to their homes.

She became emotional as she recalled fond memories of her hometown.

“Who can take away something that you have in your heart?” she asked. “Nobody can.”