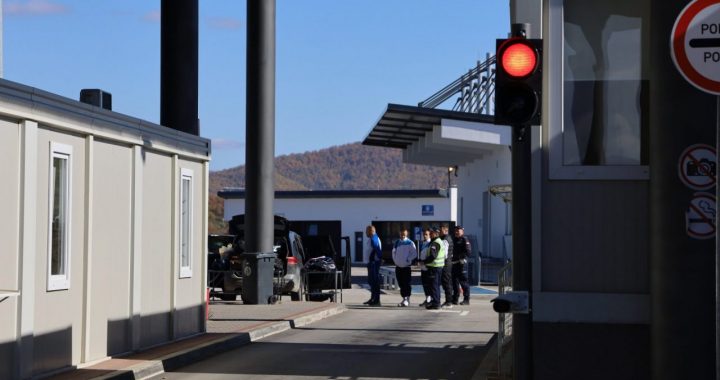 Serbia has refused to allow Kosovo's national boxing team to enter the country and take part in the world championship taking place in Belgrade.

A national boxing team from Kosovo spent the weekend travelling from Kosovo to the Serbian border three times for a planned journey to the Men’s World Boxing Championships in Belgrade before finally returning home after Serbia refused to let them enter the country.

The championship, taking place from October 24 to November 6, gathers more than 500 athletes from over 88 countries to compete in 13 weight categories.

On Saturday, AIBA said the Kosovo team was expected to attend the Championship and suggested that the Kosovo delegation “will be treated no differently than the delegation of any other AIBA member”.

“AIBA aims to provide a welcoming home for every boxer, and the world of boxing has no borders. We believe that all athletes must receive a fair chance to compete and demonstrate their best abilities in the ring. Sport is intended to unite people and should be free of national politics,” AIBA said, adding that it is in contact with the event host, the Serbian Boxing Federation, in an attempt to remedy the situation.

But the International Olympic Committee, IOC, blamed AIBA for not being able to secure the right of Kosovo athletes to participate in a tournament in Belgrade.

“It appears that AIBA has not applied the necessary due diligence before allocating this tournament to Belgrade, despite the fact that the IOC has repeatedly advised the international federations of the necessity of such due diligence,” Reuters quoted an IOC spokesperson as saying.

Besim Brahimi, selector of the Kosovo national team, told Klan Kosova TV channel on Monday that AIBA asked them to go to Serbia without showing their national symbols.

“AIBA sent us a message [asking us] to participate without state symbols, under AIBA’s flag, but this would be an insult for Kosovo because we are as full a member as any other state,” Brahimi said.

This was not the first time Kosovo and Serbia athletes are paying the price for the long-lasting political disputes between the countries.

In May 2018, a karate team from Kosovo was not allowed to enter to Serbia to compete in the European Karate Championship in the northern Serbian city of Novi Sad.

The retaliatory move came days after the Football Federation of Kosovo refused to allow Serbia’s Red Star team to play a match in the mainly ethnic Serbian town of Gracanica.

In March 2019, Belgrade was forced to cancel a planned match between the women’s junior handball teams from Serbia and Kosovo, amid rising tensions and fears of clashes between Serbian fans and police.

In October that year, Kosovo authorities banned a football match from taking place in the disputed Serb-dominated north of the country between Serbian club Red Star and a local team, Trepca, which is not recognized by the Kosovo football authority.

Kosovo proclaimed its independence from Serbia in 2008, having broken away in 1999 as a result of NATO’s air war on Serbian forces in the then province.

Most Western countries, including the US, recognised Kosovo long ago, but its statehood is still bitterly contested by Serbia and Russia, among others.

As a result, Serbia remains reluctant to allow any sporting engagements with Kosovo that might signal de facto recognition of Kosovo as a state.