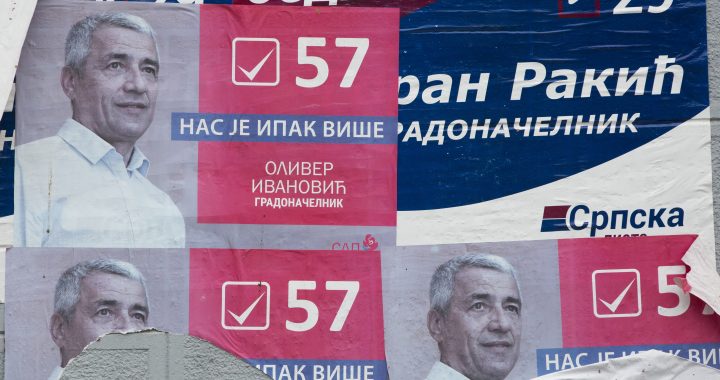 Serbian President Aleksandar Vucic said that the murder of Oliver Ivanovic was an attack on all Serbs, and that Serbian authorities will be conducting a parallel investigation into the case.

“This is a terrorist act as far as the state of Serbia is concerned, and our stance toward that act will be in line with that,” Serbian President Aleksandar Vucic said to the press after an extraordinary meeting of the Council for National Security, called in response to the murder of Oliver Ivanovic.

He added that the Council has sent a request to EULEX and UNMIK to participate in the investigation into the murder, and announced a parallel investigation by Serbian authorities; Kosovo Police announced earlier on Tuesday that investigations are underway.

“We are assured that the participation of Serbian authorities would guarantee the apprehension of Oliver Ivanovic’s killers… I am assured that this attack, no matter who did it – Serb, Albanian or foreigner – is an attack on Ivanovic’s family, the north of Kosovo, and Serbs altogether,” Vucic said.

A planned meeting in Brussels for the Kosovo-Serbia dialogue was cancelled earlier today due to the shooting. Head of the Serbian government’s office for Kosovo, Marko Djuric, spoke to the press in Brussels, saying that the shooting was an attack on all Serbs.

In a press statement, the office of EU High Representative/Vice-President Federica Mogherini said that Mogherini had spoken to Vucic and Kosovo President Hashim Thaci following the killing.

“EULEX will support the authorities in accordance with its mandate. The High Representative/Vice-President also called on all sides to show calm and restraint and allow the rule of law and justice to take its course,” the statement said.

“This was a cowardly attack that ended [Ivanovic’s] life and deeply shocked all Serbs in Kosovo,” he said. Rakic referred to a warning for politically-related violence in northern Kosovo issued by the US State Department on January 10, and demanded rule of law authorities to investigate the case.

“I demand that Kosovo Police together with KFOR and EULEX find out as soon as possible who committed this crime, and to guarantee citizens’ safety,” he said, concluding by calling on citizens to remain calm.

US Ambassador to Kosovo Greg Delawie issued a statement calling on ‘all sides to remain calm.’

“We urge all sides to avoid dangerous rhetoric and remain calm at this sensitive time, and recommit themselves to continue the work toward the normalization of relations and improvement of the lives of the citizens of Kosovo and Serbia,” he said.

An autopsy of Oliver Ivanovic’s body will be performed on Tuesday afternoon.

Update, 2:30 pm: Kosovo Police announced a 10,000-euros reward for anyone who can provide information to help solve the case.