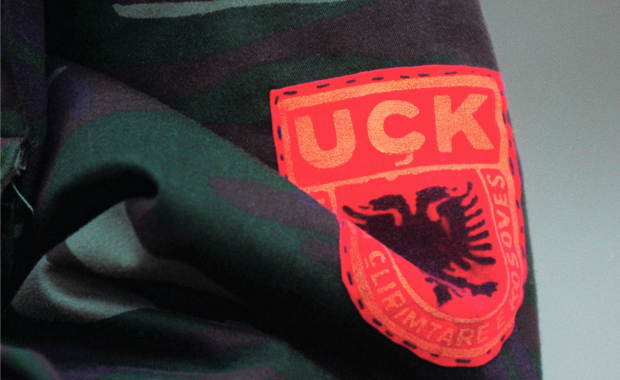 Prosecutors from the Hague-based Kosovo Specialist Chambers have detained former Kosovo Liberation Army officer Salih Mustafa after an indictment against him was confirmed.

“Mr Mustafa is being transferred to the Kosovo Specialist Chambers detention facility in The Hague and will appear before the pre-trial judge without undue delay,” Bennett added.

Details of the charges against Mustafa, a wartime commander in the KLA’s Llap Operational Zone, have not yet been made public.

Bennett also said that under Kosovo law, the Specialist Prosecutor’s Office’s own police officers have “the authority and responsibility to exercise powers given to Kosovo police under Kosovo laws” and can take indicted suspects into custody.

The Hague-based Kosovo Specialist Chambers will try former KLA guerrillas indicted by the Specialist Prosecutor’s Office for crimes committed during and after the war from 1998 to 2000, including murder, torture and illegal detentions.

The Specialist Prosecutor’s Office announced in June that it has an unconfirmed indictment charging Kosovo President Hashim Thaci, as well as senior Kosovo politician Kadri Veseli and other former KLA fighters, with war crimes and crimes against humanity.

Thaci was interviewed in The Hague in mid-July for four days in a row.

Mustafa’s arrest on Thursday comes amid continuing controversy after the Kosovo Liberation Army War Veterans’ Organisation claimed to have received three anonymously-delivered batches of leaked documents from the Hague prosecutors this month.

The War Veterans’ Organisation has urged Kosovo media to publish the documents without disclosing witnesses’ names. So far no outlet in Kosovo has published any of the documents, but Albanian TV station Top Channel has threatened to do so.

Speaking to BIRN, Nasim Haradinaj, the deputy head of KLA War Veteran Organization blamed the MPs that established the court for Mustafa’s arrest.

“This is a result of our MPs, who were proud of voting for the Special Court,” Haradinaj said. “Now the internationals will take your citizens without you knowing what’s happening.”

He added that he hoped the arrest was not only conducted by EULEX and the Specialist Prosecution, otherwise Kosovo’s sovereignty was in question. “If that happened, then we are not living in a state,” he told BIRN.