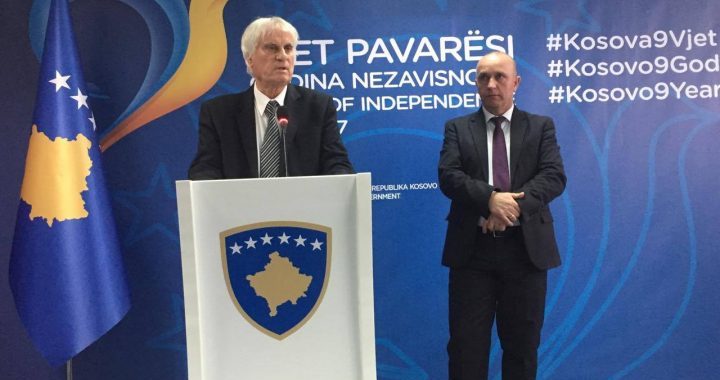 The Kosovo Commission for the Measurement of Territory found that the current agreement with Montenegro takes no land away from Kosovo, but critics claim the commission is biased.

The 2015 border demarcation agreement with Montenegro does not take away any land from Kosovo, claims a draft report published on Tuesday by Kosovo’s Commission for the Measurement of Territory.

“Cakorr and Belluha are out of Kosovo’s territory,” said commission member Tomor Celaj, referring to the disputed area in the borderlands between Kosovo and Montenegro.

Border demarcation with Montenegro, one of the EU’s two remaining criteria for Kosovo’s visa liberalization, has been a major source of contention in Kosovo since the government approved the 2015 deal with its Montenegrin counterparts.

In March 2016, a previous commission established by former Kosovo President Atifete Jahjaga to review the agreement concluded that the deal was legally sound and in line with the 1974 Yugoslav constitution of the Autonomous Province of Kosovo, the 2007 Ahtisaari Plan, and the 2008 Kosovo constitution.

However, the opposition and many of the residents living in the area maintain that 8,000 hectares of land will be lost if the deal is ratified by the Assembly.

Due to violent and persistent protests throughout 2016, the government failed to ratify the deal in the Assembly and in September, Kosovo PM Isa Mustafa withdrew the vote on the draft law from the agenda indefinitely.

In January, however, the Kosovo government established the commission to measure Kosovo’s territory and appointed Hivzi Islami, the head of the Kosovo Academy of Arts and Sciences, as its head.

On Tuesday, Islami said that the report verified the exact size of the country. “The territorial area of the Republic of Kosovo is 10905.25 square kilometers,” he said, explaining how the territory’s size changed throughout the years, lastly in 2007.

“We worked for the truth, not to please this or that person,” said Islami during a press conference.

However, the commission has been met with disdain from the opposition as well as some academics who have critiqued commission members as politically biased. Opponents also criticized the methodology, arguing that a territory cannot be measured without demarcated borders.

Geographer Fitim Humolli, one of the commission’s members, resigned on Monday, claiming that the commission is political and unprofessional, Kosovo dailies reported. In his resignation letter Humolli insisted that cadastral documents should not be a criterion in the demarcation of state borders, and that other maps which disputed cadastral maps were dismissed.

Visar Ymeri, the  leader of opposition party Vetevendosje, took to Facebook to reject the report.

In order for the Kosovo Assembly to ratify the 2015 deal, two thirds of the MPs must vote in favor.