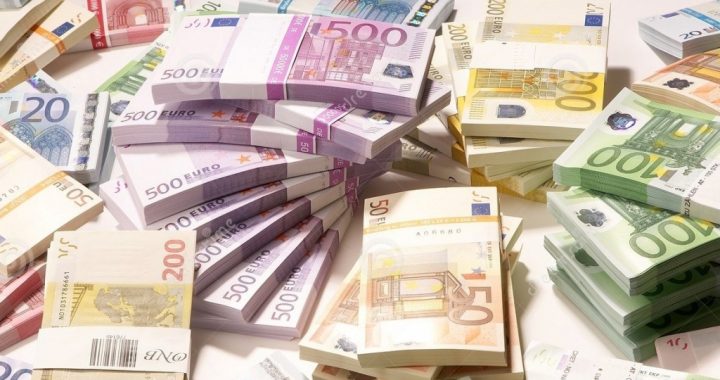 The creation of a stock exchange in Kosovo would revive a moribund economy, increasing its liquidity and encouraging more people to invest.

Putting the 1.5 billion euros of accumulated investments of the Kosovo Pension Savings Trust, KPST, into Kosovo’s economy would revive the economy, reduce unemployment and stimulate economic growth and liquidity.

The KPST is an independent public institution set up in 2001, requiring Kosovo citizens to make personal contributions to their pensions and, on retirement, receive monthly payments from the contributions that they originally made to the Trust.

The operation of these markets and their reliability depends on the level of efficiency in the stock markets/exchange.

Stock exchanges in countries like the United States and England have a high level of efficiency, with all the available information on companies included in the stock prices.

The history of economic and financial crises since 1987 also shows a correlation between the financial markets in crisis situations, where problems in one stock exchange are reflected in others.

The latest global economic crisis of 2009 has shed more light on this phenomenon when, besides the financial sector, the crisis hit even countries’ actual economy and gross domestic product, GDP.

So the idea that a distribution of investments between various stock exchanges reduces risk is no longer valid.

It does not reduce the risk, because empirical results point to the strong bonds between stock exchanges in times of crisis – economic, political, and others.

The aim of the Kosovo Pension Savings Trust is not to maximize the value of its portfolio at any financial cost.

It has invested funds in most of the world’s stock exchanges, making Kosovo contributors joint owners of various companies in the world.

The financial crisis of 2009 cost the Trust about 66 million euros in incomplete losses.

The Trust considers this amount ‘incomplete’ losses because its shares only fell in value.

The management of the Trust deemed these losses to be unrealized, which means that the shares lost their financial value, but were retained by the trust and never sold on. However, this has still meant lower dividends for contributors because the value of the portfolio had fallen.

Over that period, the Trust was highly exposed to investment risk, as 60 per cent of its funds were invested in shares.

In the meantime, the Pension Fund management has reflected on this imprudent policy of investing in many of the world’s stock exchanges, and lowered its exposure in offshore investments, distributing investments in low-risk financial instruments, such as government bonds.

The Trust should be aware of the need for the human resources to meet this requirement.

The management does not judge the merits or potential failures of investment performance because it does not actively participate in the investment.

International companies are contracted by the Pension Fund to invest the money in the international stock markets.

In 2018, the fund experienced a negative return on its investments, to the tune of 85 million euros.

This negative performance was a result of the US Central Bank interest rate growth and trade problems between the United States and China.

But this may be just a temporary downturn; there are no signs that we are near right now to another global economic or financial crisis.

The Trust’s riskiness has been one of the unclear factors over the years.

More transparency on the funding risk level managed by the Trust would enable investors not only to be better informed about returns, but also about the risks to their investments.

But statistical instruments are only one tool to measure such risk.

The best tool of all is to sense when global economic problems are lurking.

Preventing losses from financial investments is mainly the result of experience and knowledge of global finance.

Opening up the data of the Trust would enable different researchers to deal with the issues of the Pension Fund in a scientific manner, rather than debating them on the basis of personal sensibility.

For years, interest rates in Kosovo have been the highest in the region and beyond.

These high interest rates have deterred companies from investing in Kosovo.

But it was never proven whether, or how, these high interest rates reflected the actual risks in the economy.

Banks have been, and remain, the only financial institutions that create liquidity to finance companies and Kosovo citizens’ consumption.

This would be vital for Kosovo’s economy.

It would enable citizens in Kosovo and abroad to become owners of companies in Kosovo, and enable them to concentrate more of their remittances in investments.

The Pensions Trust has over 1.5 billion euros under its management, invested in various financial instruments.

Putting these assets into the economy would inject new life into it, reducing unemployment and boosting economic growth and liquidity.

The creation of such a capital market remains largely a matter of political will – which Kosovo politicians have not shown signs of, so far.

There is an impression among economists in Kosovo that a functioning capital market is currently impossible, due to the level of informality in the economy.

Moreover, the US president was talking about going to the moon. Kosovo’s problem, establishing a capital market, is a lot easier than that.

A reliable capital market depends on whether it is capable of eliminating uncertainty for investors.

The belief is that stock price reflects the value of the company and offers interest for investors.

The capital market is built on rules designed to in a way that would not allow for manipulation during the listing process of companies.

I think it would be entirely possible to establish such a capital market in Kosovo.

Audit companies in Kosovo would guarantee the financial statements of companies that wish to be listed.

Trade capacity, as a decisive factor for the efficiency of the capital market, could easily be fulfilled as a criterion in Kosovo for its establishment.

Many local companies and financial institutions would be very interested in knowing their market value. But that will only be possible if and when these companies are listed on a stock exchange.

If that happened, many companies could become multinational in size and absorb funds without having to depend on loans.

Money for the Prishtina stock exchange could come from both the funds of the privatization agency and the accumulated investments from the Pension Fund.

Together, they could give Kosovo’s new stock exchange, and economy, a much-needed jump-start.

Florin Aliu is a PhD candidate in the Tomas Bata University in Zlin, Czech Republic Faculty of Economics and Management, department of finance and accounting.