The cost of the crisis in Malisheva

Like the rest of Kosovo, many businesses in Malisheva have been closed for over a month due to government measures to prevent the spread of coronavirus, with devastating consequences to the local economy.

Liridon Hoxha never imagined having to close his phone repair shop for weeks on end. When he first heard about the spread of the coronavirus across the globe, he was convinced that it would not reach Kosovo, let alone be the reason for the closure of shops in Malisheva, a small town of around 60,000 people.

Hoxha closed his business on March 13, the date the Kosovo Government decided to restrict economic activities to prevent the spread of the virus. Two days later, Malisheva was put under total isolation, with entry and exit to the municipality banned. By April 18, Malisheva had 69 confirmed cases of coronavirus, the second highest number of any municipality in Kosovo.

Malisheva’s quarantine was not the only concern for Hoxha. Closing the business meant losing his five-member family’s only source of income. “This pause has harmed us a lot because I do not earn much from this business and now I am living only from savings, which are almost gone,” he says. 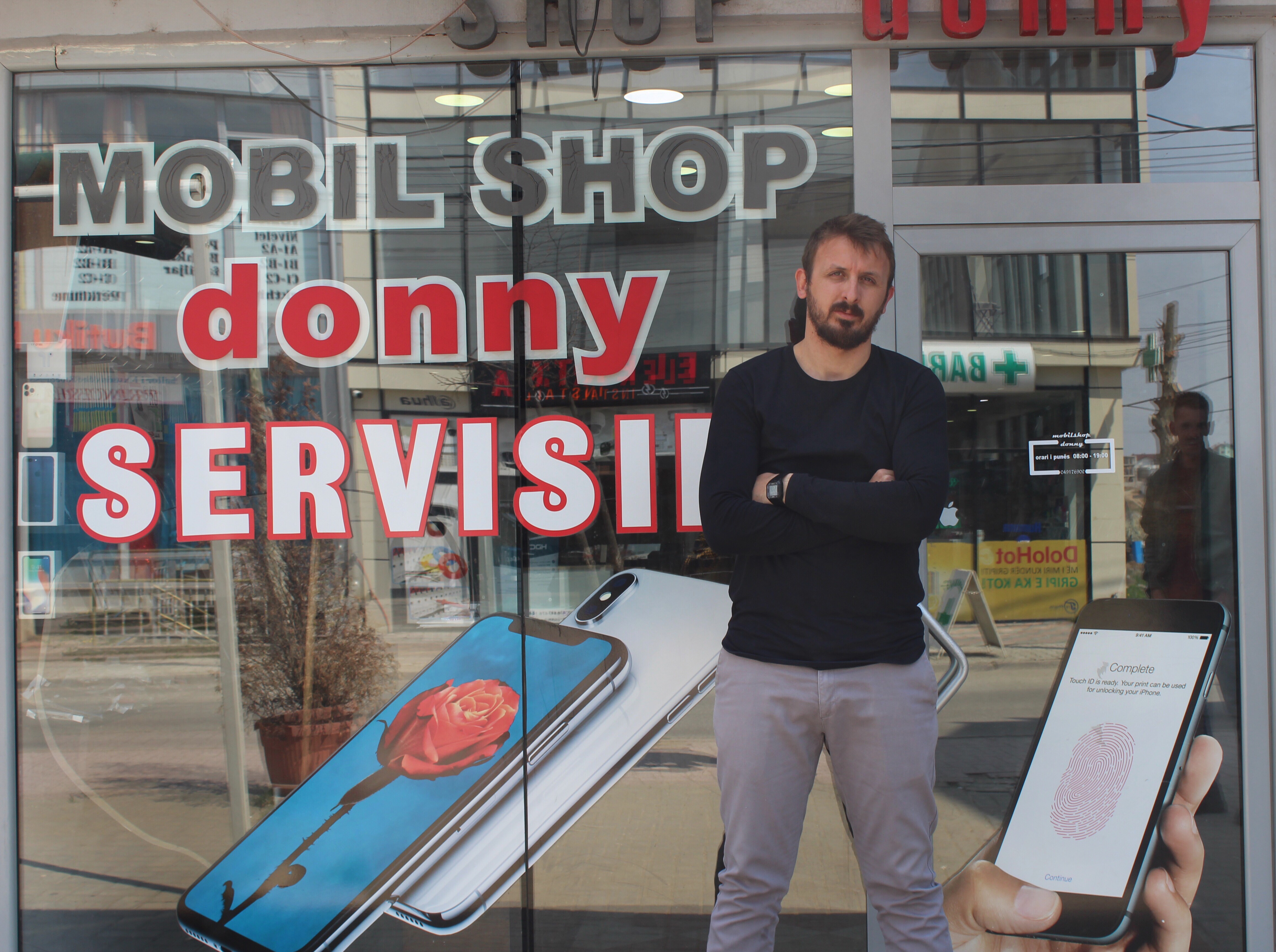 Hoxha is also unable to pay his two employees during the ongoing public health crisis. “For one of the workers I feel especially sorry that I cannot help, because working here is his only source of income,” he says.

The Municipality of Malisheva told Prishtina Insight that there are around 1,600 businesses registered in the municipality, many of whom have been struggling to make ends meet during the more than one month the city has been under lockdown.

The Kosovo Government has prepared an Emergency Package of 170 million euros to cope with the economic consequences of the pandemic, with part of the money allocated to covering 50 per cent of rent costs for small and medium sized businesses during April and May.

However, Hoxha’s phone repair shop is not registered at the Kosovo Tax Administration and operates in the so-called grey economy. This means he will not be entitled to the benefits being granted to smaller businesses, and the shop’s landlord has already demanded 250 euros of monthly rent for March.

“I’ve told him that during these months we are not working I am not able to pay,” says Hoxha, adding that he may need to take out a bank loan to help cover his expenses.

“My wife is pregnant,” he says. “She’ll give birth in June and we need to have some savings for that too. If we don’t start soon then I will have to apply for a loan.”

Hoxha is not the only business owner facing an uncertain economic future as a result of the pandemic. Dust has settled on the pool tables and video game consoles in Egzon Gecaj’s entertainment centre. 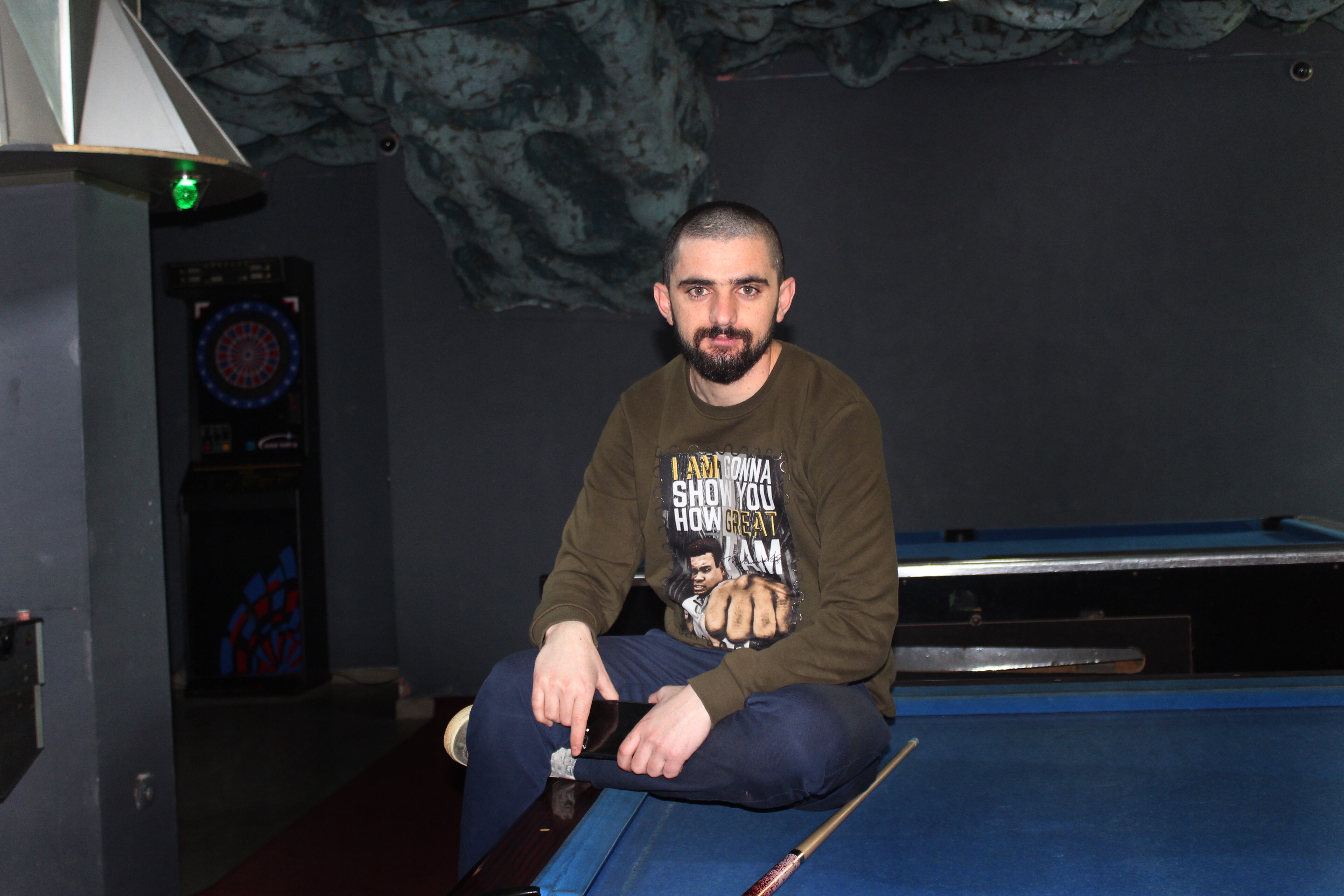 Gecaj immediately shut his business down when the government took the decision to close schools in the country, as his trade is completely dependent on schoolchildren. “This pandemic has brought me summer in spring – because during the summer when there are no pupils, I also earn nothing,” he says.

Over the last five years, Gecaj has supported his family through the business and its closure has lost them their only source of income. Like Hoxha, Gecaj’s business is not registered, and he cannot benefit from the government package.

Gecaj tells Prishtina Insight that his business would not be able to stay afloat if it took on the extra costs involved in registering, a situation he says applies to many businesses in Malisheva. “To be honest, I cannot register because paying tax and buying a cash register is expensive.”

According to the Kosovo Tax Administration, bringing a business to the fiscal standards required to register costs at least 480 euros.

Unable to benefit from the government package, Gecaj intends to register as unemployed and apply for benefits available through a social scheme run by the municipality, hoping to secure 130 euros a month to cover his family’s expenses. 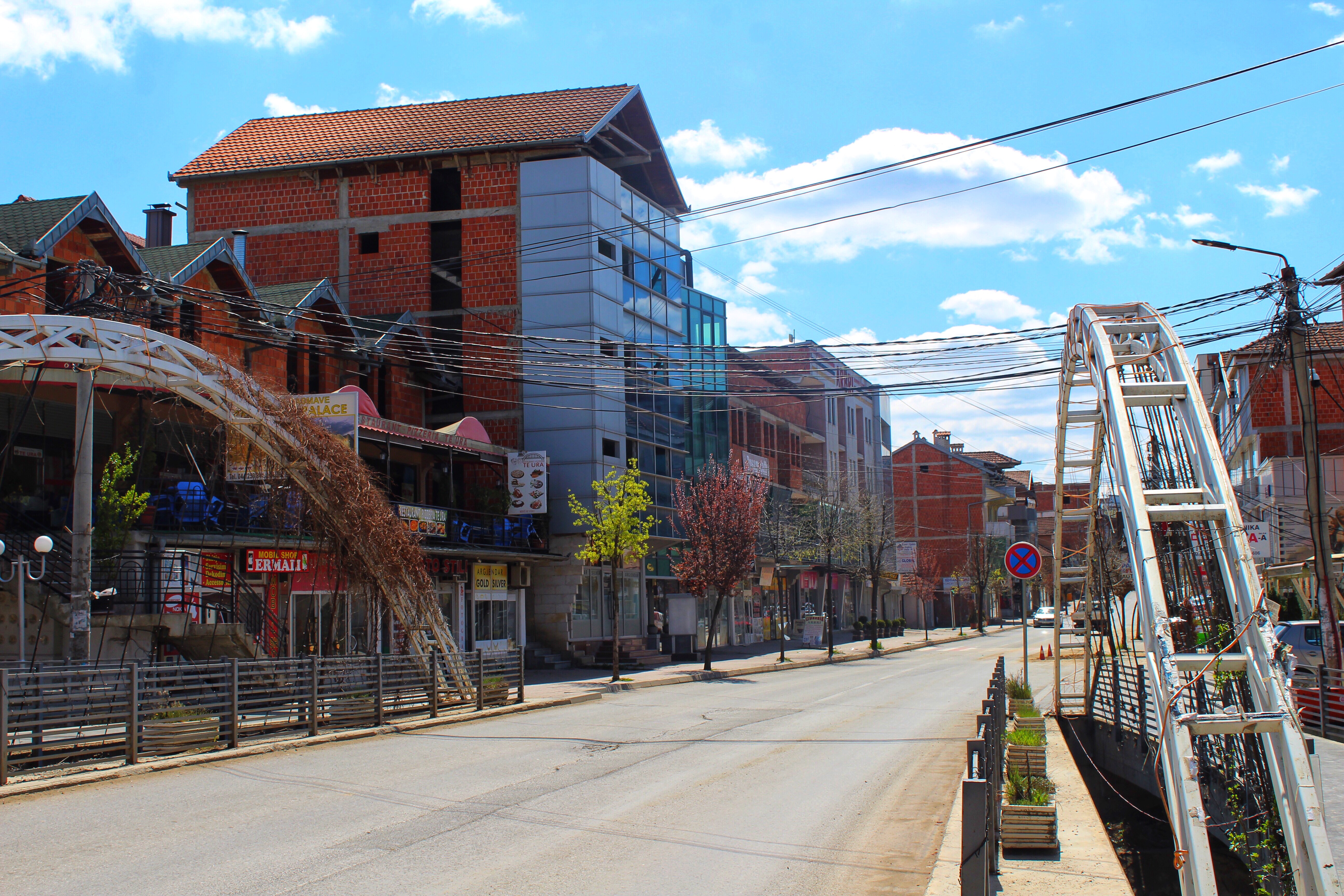 The Municipality of Malisheva told Prishtina Insight that in April, there were 720 families registered under the social scheme, who can receive between 50 and 150 euros per month, depending on the number of family members.

Unlike Hoxha, for Gecaj there is the relief that the landlord of his business’ premises has been generous and has not asked for rent during the lockdown. The 27-year-old says that the income from his business provided him with a happy life in Kosovo, unlike a large proportion of young people from Malisheva, who have migrated.

According to the Kosovo Statistics Agency, Malisheva’s residents tend to migrate to Italy in particular, and the Italian coronavirus outbreak had repercussions in the municipality as a result. The first confirmed cases of the virus in Malisheva reportedly involved contact with emigrants to Italy.

The economic downturn in Italy and many other countries following the outbreak is also likely to have repercussions in Malisheva, with many families still supported by remittances sent by relatives abroad.

Spokesperson for the Municipality of Malisheva, Artan Pacarizi, tells Prishtina Insight that if the coronavirus continues to spread and isolation remains in place, it will produce irreparable effects on the local economy.

“Malisheva’s economy is totally dependent on the private sector which has been hit hard,” says Pacarizi, who adds that the emergency package helps “a little bit” but the lack of trade and the restrictions will have lasting consequences.

Behxhet Hoti, who owns a barber shop near the Avdyl Frasheri secondary school, has also started to feel the effects of the lockdown. His business has been closed for more than a month, and he is concerned for his three members of staff.

“If this continues it will be difficult and not only for me,” Hoti says. 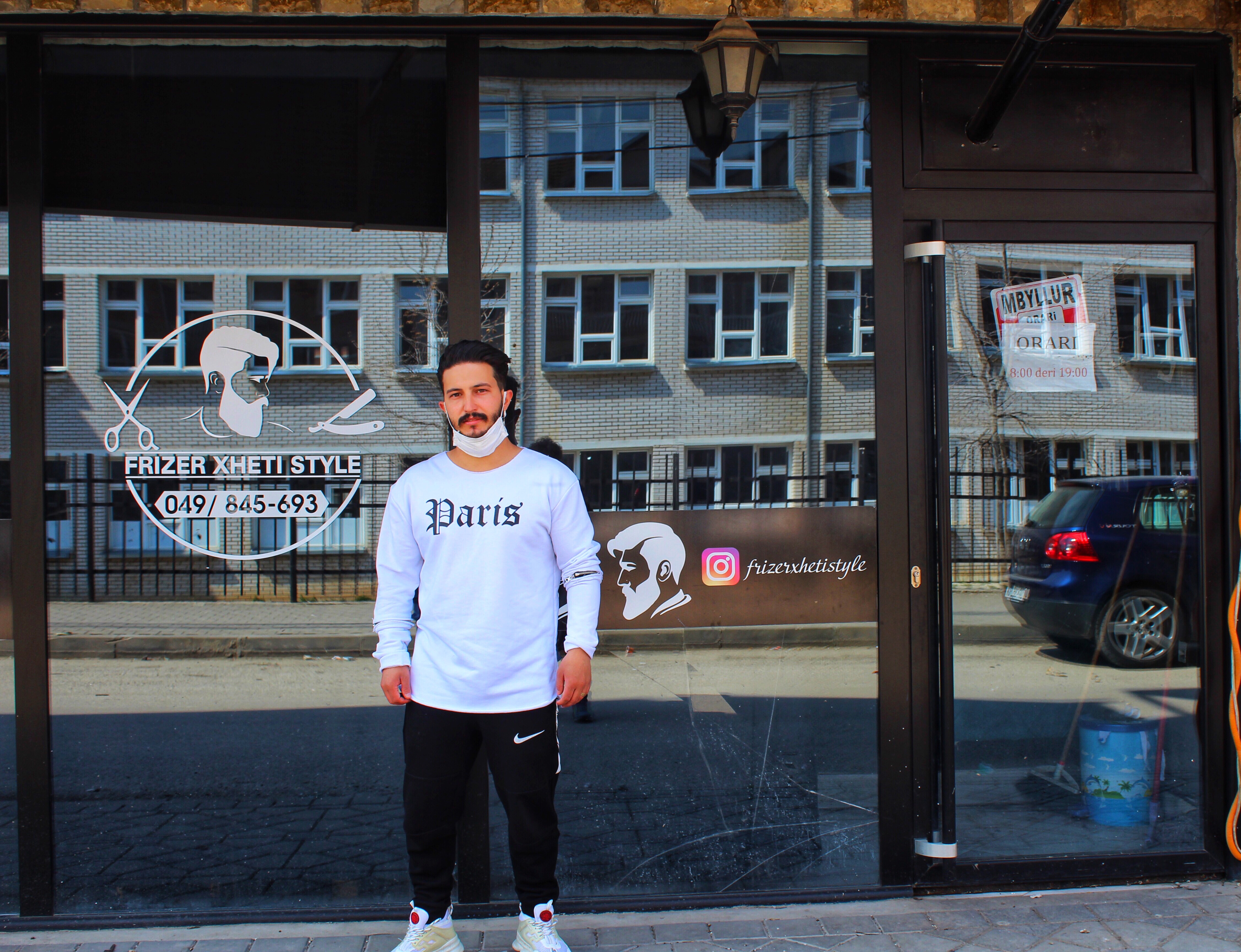 Unlike Hoxha and Gecaj, Hoti has registered his business and half of his rent will be covered by the government package. Although he feels that more could be done to help, Hoti acknowledges that the state has limited means to support businesses further.

Officials from the Municipality say that the requirement to pay municipal taxes will be waived for these small businesses in the coming months, but that the Municipality cannot offer any other financial assistance.

For Hoxha, the future of his business is gloomy. He believes that after the pandemic, people will have bigger priorities than buying mobile phone accessories from his store. “I will need to reduce expenses,” he says. “Everyday life will not be the same, and it is certain that I will be making less money.”

Gecaj echoes Hoxha’s concerns, and says that from a financial standpoint, this year is already over for him. “Even if the pandemic ends before summer, there will be no pupils at school,” he said. “This state of affairs has damaged every family here. They won’t be able to cover anything non-essential for their children.”