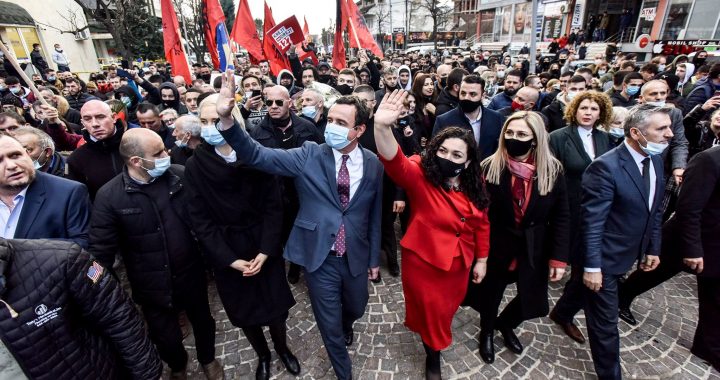 The end of an inglorious era

After Sunday’s election, Kosovo is set to have its first ever government not to feature either PDK or LDK, as Vetevendosje inherits a country eager for change but short on patience.

Early election results on Sunday confirmed what months of opinion polling had suggested. The Kosovo electorate has turned its back on the country’s two traditional parties of government, PDK and LDK, and placed its faith in Vetevendosje and a coalition between Albin Kurti and Vjosa Osmani.

PDK and LDK are both set to fall to their lowest ever share of the vote, as the two parties that have dominated Kosovo politics since the war continued their bruising start to the new decade. In less than 14 months, the 2020s have already seen Kosovo politics completely redefined.

Having been beaten back into third place in 2019’s elections after more than a decade in power, PDK were further damaged in November 2020, when the Kosovo Specialist Chambers indicted its founder Hashim Thaci and leader Kadri Veseli.

Thaci’s decades-long balancing act between statesman and suspect has seemingly finally come to an end, with a trial likely to tie him up for most of the next half decade – a pre-trial judge has already rejected his application for temporary release. The man who defined Kosovo politics for nearly 15 years is gone.

PDK was already undergoing something of a renaissance following its heavy defeat in 2019, and the party steadfastly kept to its promise to remain in opposition despite numerous opportunities emerging to make up part of yet another coalition government over the last year.

Young voices have been given prominence within the party, and former KLA commanders were notable by their absence amongst the upper echelons of PDK’s list of candidates for MP at Sunday’s election. However, whether PDK can shed its reputation and build both a new identity and voter base with its ties to the KLA severing still remains to be seen.

Early results from Sunday suggest that the public is not yet ready to forgive PDK for so many years of misgovernance, with the party set to finish on even fewer votes than in 2019. Their choice of election slogan, Rimëkembje (Recovery), always seemed particularly ironic – it’s still too soon to suggest that the cure to 12 years of PDK rule is more PDK.

Sunday’s results also demonstrate that a similar reformation process is required at LDK, after the party was absolutely hammered at the ballot box. LDK fell from 24.5 percent of the vote in October 2019 to a likely 13 percent in February 2021, failing to win the most votes in any single municipality in Kosovo, even in its traditional heartlands.

Isa Mustafa has now led the party to five election defeats in a row, after he and a cabal of old men in LDK’s leadership took a series of bizarre decisions in 2020 that looks to have cut the party’s share of the vote by almost half. After its strong election performance in 2019, LDK took an age to reach a governing agreement with Vetevendosje, before submitting and then voting for a motion of no confidence in its own coalition government in the midst of a global pandemic.

LDK officials argued that collapsing its coalition with Vetevendosje was essential in order to preserve relations with Kosovo’s international partners, particularly the United States. What the party either ignored, or failed to realise, was that Kosovo’s international partners had themselves been divided by the Trump administration’s unilateral attempts at diplomacy, spearheaded by presidential envoy Richard Grenell.

The former LDK-led government followed wherever Grenell shepherded them regardless. It is a path which left the party with little to show the Kosovo electorate in terms of accomplishments, and an ally in Grenell who was dumped out of power and is seemingly loathed amongst much of the western political establishment.

Despite this, the party doubled down on its policy during the election campaign, continuing to defend the Washington agreements, and position itself as the party best placed to work with the international community. Sunday’s results suggest the public either didn’t believe them or didn’t care, as ‘Lake Trump’ seems set to become an obscure footnote rather than a geopolitical landmark.

The one party benefiting from the decline of all others is Vetevendosje. Alongside acting President Vjosa Osmani, the party will register its best result ever at Sunday’s election by some distance, and have already surpassed the highest number of votes received by any party in Kosovo’s electoral history.

Kurti and Osmani’s coalition presented themselves as the antidote to more than a decade of misgovernance, a unified voice against corruption and state capture. Both have made their name by defiantly holding stances in the face of overwhelming opposition, from the state in Kurti’s case, and the LDK party leadership in Osmani’s.

There are reasons to be optimistic about their ascent to power. Kurti, a political activist since the 1990s, is a figure that inspires admiration and optimism amongst large swathes of the country’s young population. His appeal amongst both the young and those living abroad create the promise that a renewed energy can be applied to Kosovo’s state building efforts.

Kurti is also the politician with perhaps the clearest vision as to how that state should look. A speech delivered in February 2020 as he was elected prime minister was one to ignite a dormant sense of hope, describing a government that would protect the dignity of Kosovo’s workers, vet the judiciary and clean up the environment.

Vetevendosje’s election programme in 2021 continued in this spirit, presenting a vision for the country with justice and equality at its heart, addressing issues affecting the economically vulnerable, gender equality and ethnic non-majority communities, if only passingly on occasion. An exit poll conducted on Sunday suggested that more than 60 percent of women voted for the party.

The biggest criticism of the party’s programme is perhaps that it remained largely rhetorical – charts and figures were almost completely missing from its 50 pages.

Representatives from Vetevendosje also seemed reticent to enter into policy discussions with their rivals during the electoral campaign. They were not alone in this regard, and it was largely a campaign to forget, with all parties seemingly averse to publicly debating ideas and more keen on holding large-scale gatherings with supporters that risked spreading the novel coronavirus far and wide.

The policy that has defined Kosovo politics for years, how to approach the EU-facilitated dialogue with Serbia, was not addressed in Vetevendosje’s programme. Kurti stated on Sunday night that the dialogue is not a priority either for him or Kosovo’s citizens, but how he will convince Washington and Brussels of that is a question he will need to address.

Meanwhile, Kurti’s 50 days as prime minister in 2020 did not always live up to what was described. While his government quickly went to work to remove highly politicised boards at public enterprises, some of their temporary replacements were members of Vetevendosje and more decisions in this vein will make the self-described crusade to clean up corruption soon seem hollow.

The party has inherited governance of a state that suffered throughout the 2010s, when optimism waned and emigration grew exponentially, even before the ravages inflicted by COVID-19. As a result, the population’s patience is thin.

Perhaps the defining moment of the election campaign was a woman whose children had left Kosovo addressing Kurti in Ferizaj. She told the Vetevendosje leader that he was the only person left to vote for, but that he’d better do a good job – the people’s support is not unconditional and time is moving fast.

The coalition between Osmani and Vetevendosje now represents a constituency that crosses a wide political spectrum and is more wedded to the notion of change than any one unifying ideology after years of nepotism, corruption and stalled progress.

Kosovo’s new Vetevendosje-led government must fix the mistakes of the past, and quickly. The party already has clear examples of what happens to those that disappoint the Kosovo electorate – LDK won 45 percent of the vote in 2001 and 2004, while PDK won a trio of elections between 2007 and 2014.

Vetevendosje’s battle against the old forces of the state appears to have reached its finale, but the party and its leaders must look forwards instead of backwards. By almost any measurement Kosovo is in a more difficult position than it was a decade ago, and as Drita from Ferizaj said: “We won’t give you another 20 years.” 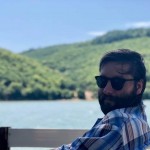