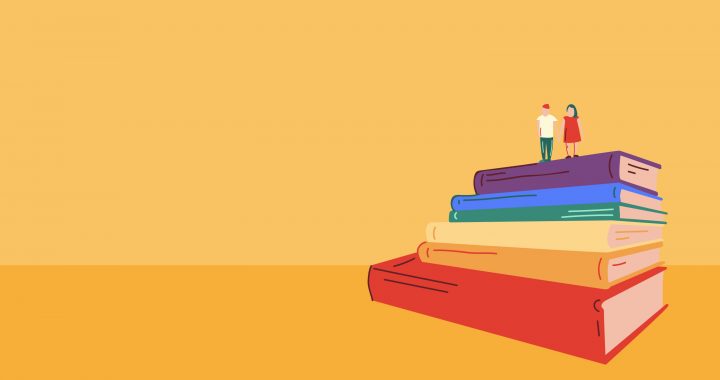 The fault in our textbooks

Gender-based violence and inequality are no news in Kosovo, but perhaps we need to look back to our children’s school books to find the culprit.

Two weeks ago, during the 140th anniversary of the League of Prizren, a 19th century Albanian political organization, Kosovo Prime Minister Ramush Haradinaj pulled an uninvited speaker off the podium with his own hands, and later justified his behavior with another veiled threat, “if she were a man, I would have settled things differently.”

Over a week ago, Vetevendosje MP Adem Mikullovci proposed that the new Kosovo Penal Code should incorporate parts from the Kanun, a set of codified Albanian tribal laws that infamously forbid women to divorce their husbands, allow husbands to tie up and beat their wives, and even go as far as to call women a redundant part of the household.

While a sexist political discourse in Kosovo is nothing new, a recent study by the Organization for Security and Cooperation in Europe, OSCE, on Kosovar men’s perspectives regarding gender equality cements the grim state of gender relations in the country.

According to the findings, 30 per cent of men think that a woman is not being raped unless she physically fights back, and around 37 per cent agree to a point that there are times when women deserve to be beaten. Furthermore, over 40 per cent of men somewhat agree that men have sex without thinking about it, and about the same percentage said they would never have a gay friend.

Although it is easy to chastise individuals for such distorted views, the fact that substantial percentages of men do not have a clear understanding of rape and think that women inherently deserve physical violence can only be part of a deep-seated societal fault. This oftentimes boils down to how sex and gender are approached at school.

As sexual education is completely absent in primary and secondary school in Kosovo, it remains up to the teachers to decide whether they want to discuss gender issues and sexuality with their students. Apart from biology courses, where lessons on sex are brief, technical and riddled with excitable adolescent chatter, the only class where sex and gender have marginal presence is civics.

Children in Kosovo receive mandatory civics lessons between grades six and nine of elementary school. The prefaces of these books lengthily state that they offer students information on personal identity, issues and organizations in society, laws, human rights, the state, and suchlike.

In spite of that, the books are replete with vague information, questionable definitions and a total lack of content on certain topics.

Firstly, biological sex and gender in the books are mixed up to the point where they are used interchangeably – at one point, women’s rights are referred to as “the rights of females.” In other cases, women’s rights are only mentioned passingly, always in reference to requirements for a democratic society.

The grade 9 civics textbook says that “most victims of sexual violence are women, as they are predestined due to their organic and physical sensitivity.” We may never find out what that sentence means exactly, but it surely vindicates the falsehood that women are themselves culpable for being subject to gender-based violence.

Secondly, gays, lesbians and the wider LGBT community are not mentioned ever, a flagrant omission that itself seems to constitute a denial of their existence. Furthermore, “a monogamous family” is defined as “the marriage between a man and a woman,” and single parent families are defined as “incomplete and irregular.”

Paradoxically, one of the few examples of sexual intercourse being mentioned at all is in the grade 6 book; a page-long fact list about HIV and AIDS, only associating this natural behavior with sickness and disease. While it does accurately explain how HIV is contracted, the page contains words like “penetration,” “condom,” “vaginal secretion,” etc., which are not used elsewhere and are not defined in the glossary, disabling students to draw anything from the text at all.

Consequently, any debate on sex and gender is either omitted completely, or is cultivated exclusively in private spaces; hearsay, misinformation and possible feelings of inadequacy often follow to adulthood, leading to a perpetuation of misconceptions that in turn can cause discrimination and oppression.

Although the sources of the issues laid out on the OSCE report are manifold, textbooks are a good place to start if we want to mend the problem.

Regarding these ideas and concepts, some textbooks miss the mark by a meter, and some by a mile. Even if the establishment of sexual education within the school system in Kosovo might seem far-fetched at the moment, it is essential that adequate and correct information on sexuality and gender is given enough space in primary education.

Again, it is easy to make accusations of conservatism and inferiority, but one must realize that such problems are often systematic, and the lack of change is usually a result of political ignorance and sloppiness. People often evoke the Kosovo constitution as a testament to progress, but if there is no active effort to embody these values, be it individual, political, or academic, the unsound ideas of these books will continue to fester cause fissures in the fabric of our society.