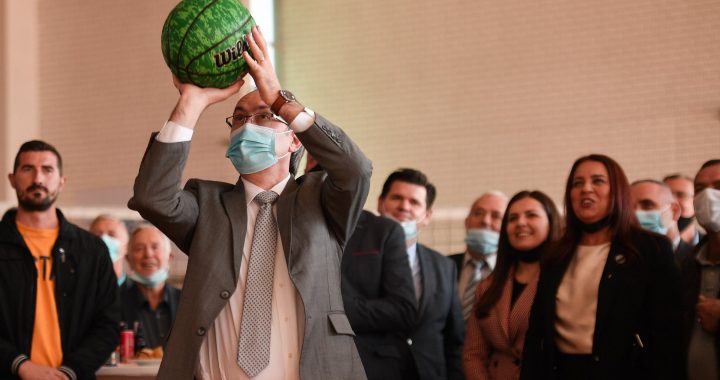 At a time of unprecedented crisis in the country, what’s essential is political legitimacy – which is precisely what Avdullah Hoti’s government does not have.

The legitimacy of Avdullah’s Hoti government is under question for multiple reasons, starting from the way the old political elite, responsible for “state capture” in Kosovo, brought a visionless government to power during the darkest days of our country following the outbreak of the coronavirus.

What has followed is a lack of vision, internal polarization within the government, tensions in parliament and the shameless misuse of power – all while the citizens face a multi-frontal crisis, completely detached from the political elite.

If the government fails to deliver for its citizens in the midst of a major crisis, what is the point of it persisting in staying in power?

It is a question that has tormented all of us in Kosovo, ever since Hoti took office in June.

Hoti’s priority in his governing programme when he took power was economic recovery from the COVID-19 pandemic, revealing confusing figures that claimed his “brilliant” economic background would save the economy and the country. His LDK party’s tradition of experience in diplomacy, meanwhile, would magically improve Kosovo’s position internationally.

Starting with the latter, what Hoti signed under Donald Trump’s auspices in the White House in Washington in September – whatever its content – was not a product of his own engagement. The agreement in fact contained elements that he and his party vocally rejected, such as a proposed regional “mini-Schengen” agreement. But he signed, as he was expected to. After all, his signature to the agreement had brought him to power, and was part of a trade-off with former President Hashim Thaci, who actively lobbied to persuade members of the Kosovo Assembly to support Hoti’s government.

Similarly, in EU circles, Hoti earns praise for being a partner in the EU-led dialogue with Serbia. This, however, is hardly something to be proud of. The EU has traditionally cooperated with whoever keeps to its stability agenda, and is willing to bend in tough situations in Brussels. Engaged in a non-transparent dialogue, the current government risks creating another deadlock in the process as a result of its internal lack of consensus and coordination.

The latest debate and the demand of the opposition for Hoti to reveal the details of the discussion points in Brussels on the fate of missing people reflects the internal polarization in relation to this process, The arrogance and lack of political will to address the most sensitive topic have triggered heated debates. Thus, this time, the damages caused by the Hoti government may be politically costly for Kosovo and have a detrimental impact on its future.

When speaking about the current government’s illusion of fixing Kosovo externally, the EU visa liberalization process comes to minds. The German presidency of the EU was the biggest window of opportunity for Kosovo to push for this long overdue process.

If the Council’s agenda at its next meeting in December does not discuss visa liberalization for Kosovo now, can Kosovo’s foreign policy really be judged a success? Also, can Kosovo really showcase its commitment to France and the Netherlands – as the two most skeptical member states – concerning its fight against corruption? The critical reactions of several member states and of the EU itself after the anti-corruption task force was dissolved speak volumes about the level of disappointment in this field.

At home, what really is the program or strategy of this government? The COVID-19 pandemic has hit the country hard, exhausting the underfunded health sector. Citizens are being forced to pay for COVID-19 treatment and for medicines costing anything from 200 to 2,000 euros.

Without the passage of a Law on Economic Recovery – which would potentially unlock some state assistance – the new health measures are expected to have a negative impact on Kosovo’s already damaged private sector. Projections are that 100,000 jobs will be lost in Kosovo by the end of the year, and the impact of the pandemic will take years to alleviate.

The government’s inability to pass the Law on Economic Recovery after several attempts showcases its lack of power in the Assembly, but also provides it with a political alibi.

It is persisting on purpose in pushing for a law that clearly will not get support in the Assembly. This is not a naïve move on its part but a bid to spread and share out blame for the PM’s own failures – failures to deliver what his government was confident it would be successful at. This will provide it with the perfect excuse; a recovery plan was there but did not pass because “others” did not support it.

This approach has pushed debate in the Assembly to a whole different level. Turning the most important political institution into an arena for individual fist fights has caused huge disappointment among citizens. Changes in the government have left some of the politicians who won the most votes out of the Assembly, leaving the future of the country in the hands of immature and unscrupulous politicians who show zero empathy for the citizens.

While political leaders calculate their next move to tighten their authoritarian grip, and further strengthen state capture, the President’s vacant post needs to be filled next spring and the country is plunging deeper into a political and socio-economic crisis. At this critical juncture, political legitimacy is the key.

Snap elections are imperative. Only a fully functional government backed by a stable assembly will be able to steer the country through this unprecedented crisis into which healthcare, economic and institutional crises are rolled into one.