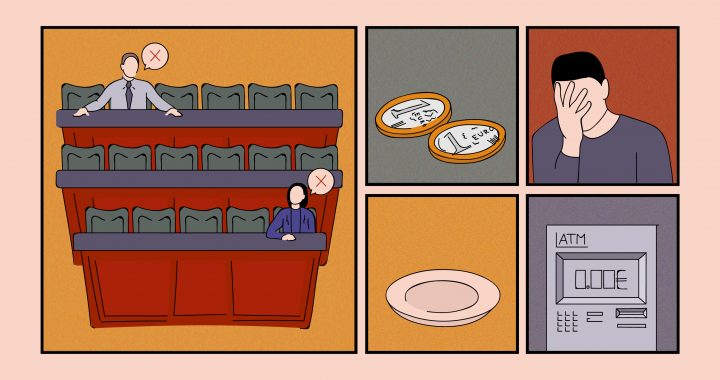 Political disputes have prevented the Kosovo Assembly from functioning smoothly for years, but its failure to address the economic and public health crises caused by COVID-19 is a new low.

The week’s news began with the same old story from the Kosovo Assembly. The draft Law on Economic Recovery made its way to the parliament for the fifth time and did not pass due to the lack of a quorum.

It is far from the first piece of legislation that has got stuck at the Assembly. In July this year, five international financial agreements, some of which dated back to the days of the Haradinaj government, finally passed unaltered after being proposed to the Assembly during three different plenary sessions.

Over the years, Kosovo seems to have grown used to political parties that time and time again puts their own political agendas before the greater common good of the public.

Nevertheless, when faced with a global pandemic that threatens to severely damage Kosovo’s already fragile economy and society’s most precarious groups, the Assembly’s failure to provide any kind of economic solace to society is both puzzling and disturbing.

The question that naturally comes to mind is whether Kosovo’s parliamentary parties can reach consensus on any policy in the Assembly.

It is widely accepted that the foremost duty of a government is to ensure that it has the votes for the implementation of its governing plan, or at least the issues that require a simple majority.

It is also a fact that the current coalition government was established upon a very fragile majority in the Assembly, and currently cannot reach even the 61 votes required for a simple majority.

Nevertheless, the inability of the political spectrum to work together on an issue like economic recovery from the COVID-19 crisis should not be in any way acceptable.

Economic recovery was listed as one of the two top priorities of the Hoti government’s program. In fact, Hoti promised before taking office that he would bring forth and approve a generous economic package by the autumn with the distribution of at least 400 million euros.

Yet, once in office, the implementation of this program seems to have encountered difficulties, as there is no broad support of the parties in the Assembly. The opposition has criticised the economic recovery plan, saying that the bill does not help or meet the real needs of citizens.

In fact, there are currently two draft laws related to economic recovery waiting for approval, one proposed by the Government and another legal initiative launched by PDK.

LDK and the other parties making up the coalition government do not support the initiative of PDK, aiming to push forward the law sponsored by its government.

The largest party in the Assembly, Vetevendosje, does not support either the law of the Government or the initiative from PDK.

In the current situation, there is just one way out. The governing coalition must intensify efforts to find a common language with the opposition, taking into account all their proposals and demands, and reach an agreement.

This will entail political parties from across the spectrum giving up on the current politics of resentment that has become entrenched after a series of political clashes in recent years.

The latest NDI survey shows that 63% of citizens believe that the priority of the MPs of the Kosovo Assembly should be to approve a cross party economic package which would support the economy during the coronavirus crisis.

Failure to do so is a failure of democracy.

The behaviour of MPs over the years has damaged public trust in the parliament. An NDI poll conducted in May this year showed that 70% of citizens do not consider the Kosovo Assembly as trustworthy.

Consecutive crises in the recent years have also undermined the Assembly’s functioning and hampered the fulfilment of its constitutional mandate.

Major political disagreements on issues such as the border demarcation with Montenegro, the Association of Serb-majority municipalities, the dialogue with Serbia, the 100 per cent tariff, the much-discussed exchange of territories tagged under the phrase “border corrections”, and later on even reciprocity measures imposed by the Government towards Serbia, have created continuous political crises and fragmentation.

Undoubtedly, the fall of the Government led by Ramush Haradinaj through his resignation, and later on the overthrow of the Kurti Government, have demonstrated this political instability, but also established a politics of resentment.

Meanwhile, many sessions have failed to see legislation passed or other issues addressed due to a lack of a quorum.

Statistics from the sixth legislature show that out of 134 plenary sessions held, 45% were postponed due to lack of quorum to vote on the issues that were foreseen.

As for the current legislature, out of 39 plenary sessions held, 38% were postponed for another day in the absence of a voting quorum.

The issue of reaching quorum is further aggravated by the non-participation of MPs in the voting process despite their physical presence at the Assembly. This is not only caused by a lack of political will but is a consequence of legal loopholes within the Rules of Procedure itself.

It is a constitutional and legal obligation for MPs to participate in plenary sessions and in every process that takes place in the Assembly including the right and obligation to vote. However, for as long as there is no regulation over not voting despite being present at the Assembly, the same problem will persist in Kosovo’s highly fragmented political scene.

Agnesa Haxhiu is a researcher at Kosova Democratic Institute, KDI, and monitors the work of the Assembly of Kosovo.

Jeta Krasniqi is a project manager at KDI, leading the project to strengthen the Assembly’s oversight role towards Government and increase the participation of citizens in the Kosovo-Serbia dialogue process.