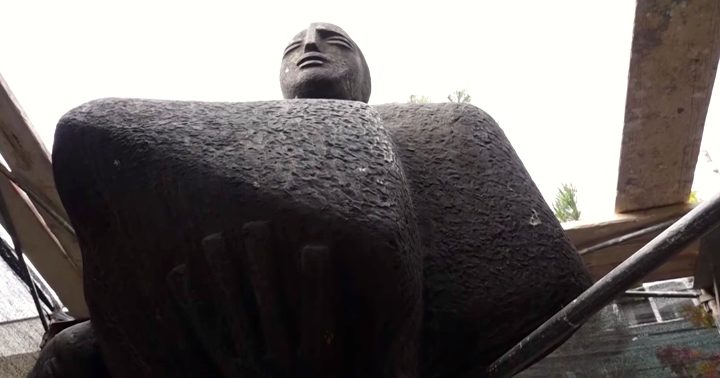 Monument to the fallen of the Anti-fascist War.

Thoughts of an anti-fascist about the ‘Unknown Fighter’ of Gjilan

With the rise of right-wing movements in Europe and worldwide, we need a monument to remind us what was at stake during WWII.

As the great American historian Eric Foner wrote, monuments are many things to different people, but mostly they are “an expression of power, and indication of who has the power to choose how history is remembered in public places.”

Which brings me to the controversy over the monument to the “Unknown Fighter,” as it is best known in Gjilan. Built in 1963 to honor the fighters killed between 1941-1945, the monument replaced a 1918 statue of the Serbian King Petar I Karadjordjevic, and is now slated to be replaced by a monument to Idriz Seferi, an Albanian hero from the region, who fought against the Ottoman Empire and later Serbia during the Balkan Wars. Agreeing with the groups that are advocating its preservation, I believe this should be an opportunity to break the cycle that gives the group in power a monopoly on history, but also to not forget what was at stake in WWII for Kosovo, Europe and the world.

There is nothing new or surprising in the story of the “Unknown Fighter,” from its construction until its removal. For the Socialist Yugoslavs, the statue served the purpose of indicating that the new post-WWII regime would be completely different from the old Serbian monarchy. The majority of Kosovo, the Albanians who had paid the highest price for the annexation to Serbia in terms of human lives and freedom, had reviled the King. It is clear why in the mind of the Yugoslav leadership the monument to the Serbian King had to go, as a promise that Yugoslavia would not be like Old Serbia.

The “Unknown Fighter” Cubist-style statue shows no particular sign of ethnic identification. It is in fact a representation of piety, with the main figure holding a smaller, lifeless one, in his/her arms. It honors the fallen in WWII, but it does not specify which ones. The monument that the new municipal administration intends to plant in its place is a very specific monument, a realistic-looking statue that leaves no room for the imagination, because it takes the semblance of Idriz Seferi, a hero who rebelled against King Petar. We are back to WWI.

There are several reasons why this substitution is not a good idea, besides the simple but very important fact that for so many Gjilan residents the “Unknown Fighter” has become such a fixture in the city center that they feel its displacement as the arbitrary subtraction of something they owned, and a personal wound.

Why can’t the statue of Idriz Seferi be erected somewhere else? The location of a monument/memorial is never neutral; on the contrary it is very symbolic. The Yugoslavs who chose that location for King Petar made it a hallowed ground, a sacred place, the repository of the nation’s history. That is why any replacement feels like a violation: it is a violation of a history that is not felt like one’s own.

While the “Unknown Fighter” has an abstract shape, and could represent anyone, it is a memorial, in the minds of those who built it, to the Communist partisans.  But partisan forces in late December-early January 1945 massacred a large number of civilians in Gjilan, as a reprisal for the seizing of the city by Ballist forces.  For those who made the decision to remove the “Unknown Fighter” and their followers, the removal of the monument is the just retribution for their own wounds and suffering.

I leave to historians the discussion of what happened then, but here I would like to quote from an oral history interview with a survivor, Enver Tali, in which he recalls being a frightened teenager in December 1945, witnessing Serbian-speaking partisans round up all his village just outside Gjilan, and kill everybody, including his grandparents, none of them a Ballist. Enver himself would have been executed had it not been for the intervention of Shaban Haxhia, an Albanian partisan leader.

This episode is only one in the history of inter-ethnic violence and mass violence against civilians during WWII in Kosovo, Gjilan in this case, a history that during the life of Yugoslavia was never talked about. In fact, it was such a taboo, that even now it is not known by so many in Kosovo.  It’s time to correct this ignorance, and the monument could be a great opportunity to do just that.

The “Unknown Fighter” needs a correction. It needs a plaque to commemorate the civilian victims of partisans and scholarly research as well as public debate on what happened during WWII in Gjilan. It does not need to be relocated, and certainly not to be destroyed, as some are advocating. Not now. Not when Fascism is making the greatest comeback in Europe since WWII, with the growth of anti-immigrant, anti-Semitic, authoritarian movements all over the continent.

Kosovo was indeed liberated in 1944-1945, even though what came later was experienced by a large part of the country as yet another occupation. Had the Fascists and Nazis won WWII, the world as we know it would not exist. There would be no freedom for anyone, not even for those, like the large majority of Albanians in Kosovo, who chose to ally with Fascism because at the time it appeared to them as the lesser evil.  Perhaps they were right, in the very short term. But the neo-Fascist forces in Europe that want to take us back to that era are not shouting today only to kill the Jews; as it happened in Poland last week, they are invoking a Holocaust of Muslims.

The “Unknown Fighter” reminds us that many fell to fight precisely this racist genocidal evil.  It has so far omitted to remind us of the war crimes and crimes against humanity committed by those same fighters. Let’s use this statue to tell the full story and honor the righteous dead.

Anna Di Lellio is a professor of politics at New York University and The New School for Public Engagement. She is co-founder and academic adviser of the Kosovo Oral History Initiative.