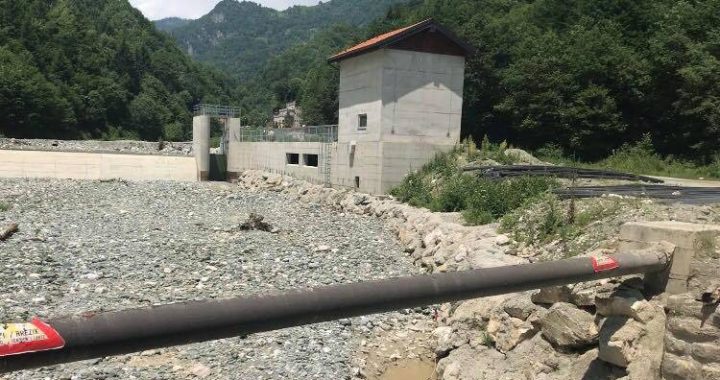 Kosovo’s Energy Regulatory Office has banned the operations of three KelKos run hydropower plants in the Decan gorge until the company reapplies for a licence.

After a meeting of the Board of the Energy Regulatory Office, ERO, KelKos Energy is no longer permitted to produce electricity from three of its hydropower plants in the Decan gorge.

“The ERO has stopped the production of electricity in three hydropower plants, in HC Decan, HC Bellaja and HC Lumbardhi 2,” Petrit Pepaj, the director of the ERO told BIRN. Pepaj added that the ban on producing energy from the hydropower plants began at 00:00 on Wednesday, and will remain in place until the company reapplies for a licence.

The ERO had previously granted KelKos a number of temporary licenses despite the company not possessing an environmental permit from the relevant ministry. However, after reviewing the most recent temporary license, which expired on Wednesday, the ERO halted energy production from the plants.

Artan Abrashi, a member of the Kosovo Assembly’s Inquiry Committee on the Licensing of Hydropower Plants, hailed the decision of ERO, and called for the suspension of the company’s operations across the country.

“What we saw today was encouraging, as the ERO refused the license, reasoning that they have no environmental permit,” Abrashi told BIRN. “I would like to thank members of civil society who raised their voice on this subject as well as MPs.”

Bashkim Ramosaj, the Mayor of Decan also praised the ERO decision, describing it as “just.” “KelKos must now fulfill the legal criteria to earn an Environmental Permit and a License to produce [electricity],” Ramosaj stated.

KelKos have been the subject of a number of protests by environmental activists in Decan, while in 2018, the Municipality of Decan stated that it would file a lawsuit against the company for its failure to respect environmental obligations.

In June 2020, a number of civil society organisations wrote an open letter to the Austrian Embassy, condemning its support for KelKos, and the alleged pressure it put on Kosovo institutions.