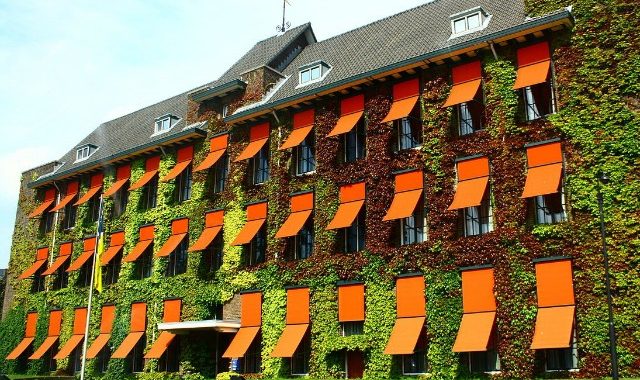 The building of the Specialist Chamber. | Photo: Kallxo.com.

Rrustem Mustafa and Sokol Dobruna were issued ‘invitations’ to the Hague-based war crimes court, while the purpose of the summons remains unknown both to the former KLA members and the public.

Former members of the Kosovo Liberation Army, KLA, Rrustem Mustafa and Sokol Dobruna were summoned by the Special Prosecutor’s Office, SPO, of the Kosovo Specialist Chambers in the Hague with little information as to the purpose.

The attorney of the former KLA commander, Arianit Koci, confirmed that Mustafa was invited by the SPO last Thursday to give an interview in the Hague on January 14, 2019.

“With the authorization of my client Rrustem Mustafa, I inform you that Mustafa has received an invitation to appear at the Specialist Prosecutor’s Office in The Hague on January 14, 2019.” Koci wrote on Facebook. “Mustafa will appear voluntarily and is ready to clarify any circumstances that the SPO is investigating. That’s all we know about right now.”

In a statement for BIRN, SPO spokesperson Christopher Bennett said that “the Specialist Prosecutor’s Office does not provide information on the status of the investigation, but intends to ensure that all allegations contained in the Parliamentary Assembly of the Council of Europe report compiled by Swiss Senator Dick Marty are addressed and fully investigated.”

On Monday, former Head of the KLA’s military court Sokol Dobruna told Kosovo broadcaster T7 that he was also invited to appear at the SPO on Wednesday, December 12.

“They picked the twelfth [of December] for the appointment when I have to appear. A person who presented himself as a Slovene employee of Special Court’s Prosecution came to me. I suppose that I could either be a witness or an accused, but I don’t know why I would be [the latter],” Dobruna said, emphasizing that the KLA “did not commit crimes.”

Aidan Hehir, reader in International Relations at the University of Westminster, said that the lack of indictments has caused the court to slip off the media radar, and the invitations from the court may serve as a reminder of the court’s existence.

“These recent ‘invitations’ do not constitute indictments, but clearly do signal that the court still exists,” said Hehir. “This may well be the primary purpose of the latest moves; to remind certain individuals within Kosovo that the court can move against them, and to signal to an international audience that rumours of the court’s demise have been exaggerated.”

Hehir said that the invitations have the potential to endanger future indictments or cases.

“Naturally, those invited will be now more minded to ensure that any potential witnesses be ‘contacted’ to ensure their silence. Many national and international commentators have warned that the court’s proceedings are likely to be hampered by witness intimidation; these invitations – while something of a PR exercise for the court – could well inadvertently contribute to this very problem.”

Mustafa, known by his nom de guerre Remi, was convicted of war crimes in 2013 by the Prishtina Court and sentenced to five years in prison as part of the so-called “Llapi group,” for committing beatings and torture at a KLA detention center during the Kosovo war.

Kosovo President Hashim Thaci decorated Mustafa with the Jubilary Presidential Medal in February for “the esteemed contribution towards freedom and independence.”

The Kosovo Specialist Chambers and Specialist Prosecutor’s Office are part of the judicial system of Kosovo that will try crimes against humanity, war crimes and other crimes, which allegedly occurred between 1998 and 2000, based on a 2011 Council of Europe report by Dick Marty and investigations by the Special Investigative Task Force, SITF, set up following the publication of the report.