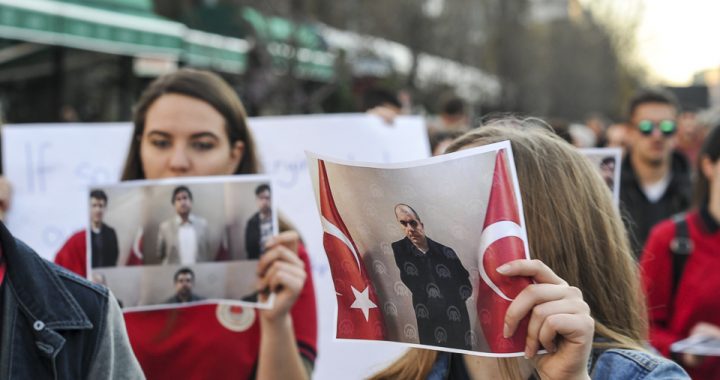 Two members of a group of six Turkish nationals that were deported to Turkey from Kosovo in 2018 have each been sentenced to seven and a half years in jail by an Istanbul court.

On Wednesday, an Istanbul Heavy Penal Court sentenced Osman Karakaya and Cihan Ozkan to seven years and six months imprisonment for “participating in an armed terrorist organization,” but acquitted the two men on charges of “international espionage.”

Both Ozkan and Karakaya denied the charges against them during the trial. In the final words of his defence, Ozkan stated: “I am not a terrorist, and I reject all the charges attributed to me,” Turkish daily newspaper Milliyet reported.

Karakaya and Okzan are two of the six Turkish nationals arrested in Kosovo in March 2018 in a controversial operation conducted by the Turkish National Intelligence Organization in cooperation with the Kosovo Intelligence Agency.

The indictment prepared by the Istanbul Prosecutor for the Republic’s Office charged all six with “running an armed terrorist organization” and “international espionage,” suggesting sentences of 16 years and six months and 28 years respectively. Karakaya and Ozkan’s case was dealt with separately from the others’ by the court.

The six men were detained over links to the exiled cleric Fethullah Gulen’s movement, which Turkey refers to as the Fethullah Terror Organisation, or FETO, and blames for a failed coup in 2016. Five of those arrested, including Ozkan, worked at Gulistan educational institutions in Kosovo, specifically Mehmet Akif high school and elementary schools in Prizren and Gjakova.

The arrest and subsequent deportation proved controversial in Kosovo; with then-Prime Minister Ramush Haradinaj claiming the actions occurred without his knowledge. Head of the Intelligence Agency, Driton Gashi, and the Minister of the Interior Flamur Sefaj were both fired over the incident, while a parliamentary commission to probe the case was set up in April 2018.

In February this year, the commission announced that it had found 31 violations of law and procedure by Kosovo’s institutions, including the Kosovo Intelligence Agency and Kosovo Police, and that their findings had been submitted to the Kosovo state prosecution. In August, the Kosovo Police Inspectorate also filed a report to the prosecution regarding the deportations, in which the 22 members of the Kosovo Police are alleged to have been named.